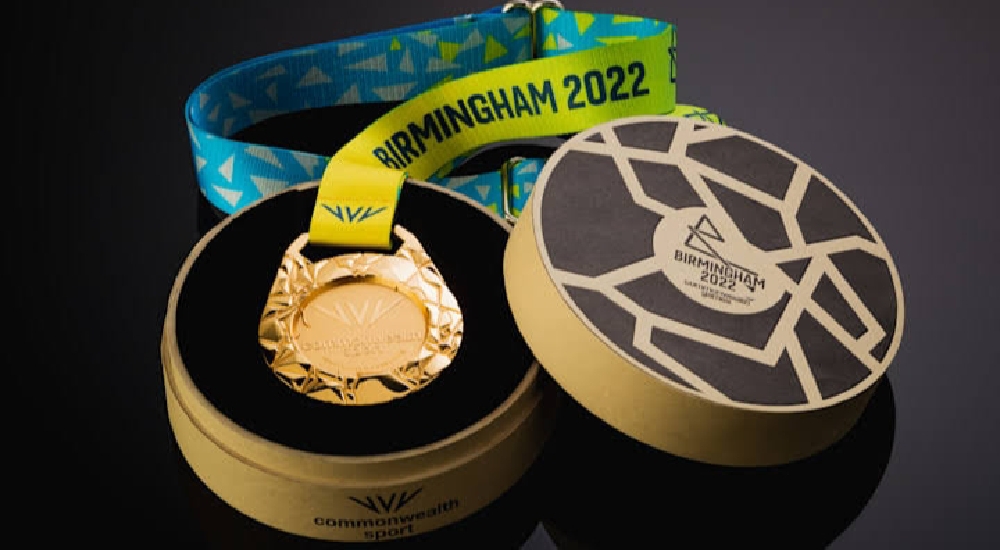 Are Commonwealth Medals Real Gold? Well, this is the topic that the majority of people are now browsing over the internet. So, we, the group of thesportsunited are here to explain this hot topic in this article. But before we get into that, let’s take a moment to have a basic understanding of the Commonwealth Games. The Commonwealth Games are an international sporting event that takes place every four years and is open to teams from the Commonwealth.

No, the Commonwealth Medals are not completely crafted out of gold in their entirely. The gold medals, which were awarded to the winners, do not actually consist of solid gold but rather have a sterling silver core that has been plated with gold. The bronze and silver medals, on the other hand, are each crafted from a solid piece of their respective metal. The victor of major multi-event sporting competitions, such as the Commonwealth Games, was not always awarded a gold medal as the conventional prize.

In fact, the winner of the Olympics in 1896 was awarded a silver medal, which was considered to be of greater value than gold at the time. At the 1908 London Olympics, the now-traditional trio of medals made of precious metals was unveiled for the first time. At the Olympic Games in Stockholm in 1912, solid gold medals were awarded for the very last time; however, the Commonwealth Games have never awarded medals made of solid gold. Additionally, each Commonwealth Games features a unique medal that has never been duplicated.

Who Designed The Birmingham 2022 Medals?

Three Birmingham School of Jewellery students, Francesca Wilcox, Catarina Rodrigues Caeiro, and Amber Alys, created the medals. The three pupils entered a competition that was held by their school and the Birmingham 2022 team individually, along with dozens of others. As they advanced through the judging stage, they were brought together as a team. They also created the ribbon and box that go with the medal.

Some Of The Indian Gold Medal winners in Commonwealth Games 2022

India moved into the top six in the medal standings on July 31, the third day of the Commonwealth Games 2022, when Jeremy Lalrinnunga won the second gold medal. He is a weightlifter from India who represented his country in the Summer Youth Olympics in 2018 in the weightlifting competition. He was born and raised in Aizwal, which is located in Mizoram.

By earning India’s third gold medal at the CWG 2022 in Birmingham, weightlifter Anchita Sheuli continued the country’s winning trend. Birmingham served as the location of the event.

Sudhir took home the gold medal in the men’s heavyweight para powerlifting event at the 2022 Commonwealth Games. He lifted 208 kg in his first attempt and 212 kg in his second attempt in order to achieve 134.5 points and break the Games record.

The female wrestler Sakshi Malik was victorious in the 62-kilogram weight class at the Commonwealth Games 2022, taking home the gold medal. Her triumph helped the country’s overall medal tally.

India’s overall medal total was significantly boosted by the gold medal won by wrestler Deepak Punia in the men’s freestyle 86 kilogram sport at the Commonwealth Games 2022 in Birmingham.

Wrestler Vinesh Phogat needed to win her last group match against her opponent, Chamodya Keshani Maduravalage Don of Sri Lanka, in order to take home the gold medal in the women’s 53-kilogram division at the Commonwealth Games 2022.

Bhavina Patel, a well-known player from India who competes in para table tennis, took home the gold medal in the women’s singles competition for the class 3-5 division at the Commonwealth Games held in Birmingham in 2022.