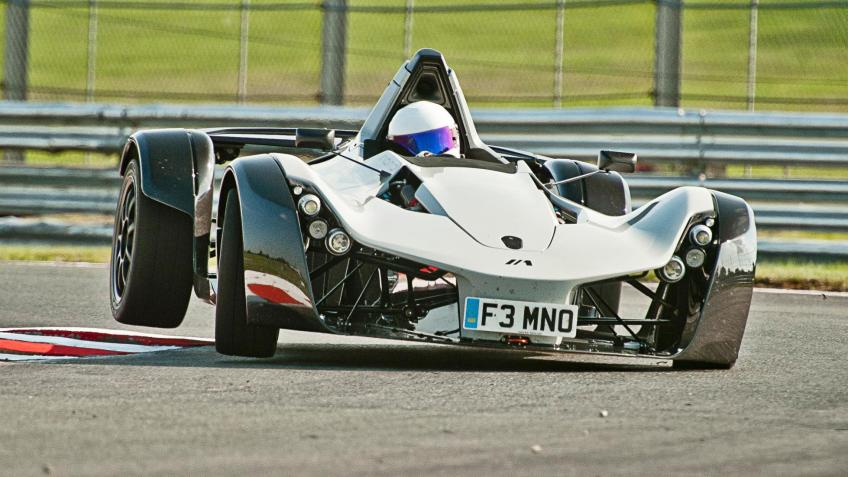 Have you ever thought to yourself as you watched Lewis Hamilton zoom around the track in his powerful Mercedes F1 vehicle that you’d like one for your Sunday drive? That desire may become a reality with a few substantial changes, as it is conceivable to transform an F1 car into a road automobile.

To drive an F1 car on the road, a lot of alterations would be required. In reality, it has previously been done legally, but there is only one automobile like it on the planet. The most significant modifications required were to the height, engine, and suspension, as well as a few minor improvements to make it road legal.

To drive an F1 vehicle on the road would be extremely difficult. This has already been accomplished. The engineers of the Mastercard Lola Formula One team were tasked with creating a roadworthy F1 vehicle. They were able to pull it off with some major adjustments and a new engine, and they named their creation the F1R. We’ll explore how they achieved it in this post, as well as some additional examples of F1 vehicles driving on public roads. So keep reading to learn what it takes to drive an F1 vehicle on the road.

The Background To The Building Of The F1R

In 1997, Lola was on an F1 team that never got off the ground. Eric Broadley, who had long desired to run an F1 team, formed them, and he was able to get Mastercard as their headline sponsor.

In 1997, however, they were unable to even qualify for the first race of the season in Australia. This is because they were 13 seconds behind everyone else throughout qualifying.

Mastercard canceled their sponsorship as a result of the team’s poor start to the season, leaving them destitute. This meant they wouldn’t be able to transfer the vehicles or equipment to the following event in Brazil, Interlagos.

The team had to be bought out to keep viable after withdrawing from F1 with significant debt.

The extra auto components, on the other hand, remained, and something had to be done with them. The Lola engineers were given the task of creating a legal, roadworthy Formula 1 vehicle, and the outcome is what you’re about to read. The body of the car, as well as many other sections of the automobile, were built from many vintage Formula 1 spare parts.

This meant that the car they ended up building was a legal vehicle comprised of former F1 car spare components and a road car engine and transmission.

MUST-READ: What If A WWE Wrestler Deviates From The Script?

How Did They Build This Road-Legal F1 Car?

It wasn’t merely a case of adding brake lights and indicators to an already-built F1 vehicle when it came to building the F1R. Instead, they started from the ground up, utilizing the F1 car’s bodywork and a few other components before adding all of the legal requirements.

Because F1 vehicles have low suspension, ordinary road hazards such as speedbumps will cause problems for the car’s underside. As a result, the engineers began by raising the suspension to around two inches, or about five centimeters. If necessary, this can be increased by a few millimeters.

Unfortunately, the engine isn’t nearly as powerful as today’s normal F1 engines, so don’t expect to be able to compete with Hamilton and his teammates on the track. A 2.0-liter four-cylinder Cosworth engine from a Ford RS Sierra powers the car.

It is expected to produce roughly 370 horsepower, which is at least 630 horsepower fewer than contemporary F1 vehicles, albeit the turbo can be tweaked to change the horsepower. Even yet, you’ll be substantially less powerful than an F1 vehicle, meaning George Russell and Nicholas Latifi will be miles ahead of you on the track.

It won’t matter, though, because it’ll still look better than all your friends’ automobiles.

The gearbox, however, does not come from an F1 vehicle, but don’t panic; it is still from a sports car. The semi-automatic gearbox was replaced with a five-speed manual Porsche G50 transaxle.

In order to make the automobile legal, the former Lola engineers had to incorporate a few basic characteristics. Indicators/flip signals, a fashionable guidance wheel (which can be eliminated and changed with an F1 guidance wheel), a handbrake, and headlights are all included. It also comes with a UK registration plate.

However, numerous actual F1 parts have been employed in the construction of the car. It includes the FIA-approved nose cone, ducts, and body panels, as well as carbon brakes, a cooling kit, and other components.

It also resembles an F1 vehicle in appearance, as it has the front and back wings that separate F1 cars from others. These movable wings provide downforce, allowing you to accelerate faster than a regular F1 car.

Can Proper Formula One Cars Drive On Public Roads?

Yes, but also no is the response. They are capable of driving on standard, well-maintained roadways. In reality, several races, such as those in Monaco and Baku, Azerbaijan, are contested on street circuits rather than traditional racetracks.

You may have also seen Red Bull Racing’s advertising movies in which they drove some of their older Formula One cars all around the world, even on public roads. To promote the Alpha Tauri apparel line, they took a road trip through Max Verstappen’s native nation of the Netherlands and a race through Istanbul.

These were, however, organized events that required extensive logistical planning and, no doubt, protracted negotiations with local officials. They were the only automobiles on the road and were being trailed by a huge camera team, so this was rather evident. As a result, while legally on a public road, the scene was not realistic because there were no people or cars.

As a result, contemporary F1 vehicles do not require any modifications in order to travel on public roads. They cannot, however, do so legally outside of unplanned circumstances since they do not meet the basic roadworthy criteria.