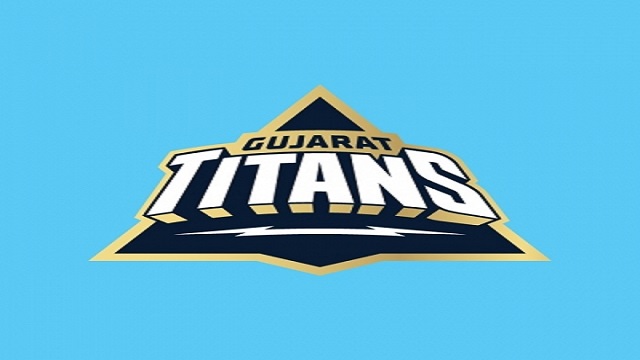 The Gujarat Titans have begun preparations for the 15th season of the Indian Premier League, or IPL. The following season is tentatively scheduled to begin in April 2022. The matches are likely to be held at the teams’ respective home stadiums. Aside from that, two new teams, Lucknow and Ahemdabad, will be competing this year. The season will be full of twists and turns and will be quite fascinating. The auction is now generating a lot of buzz, as is the introduction of the new teams and timetable. The Ahmedabad squad has officially revealed their franchise name as the “Gujarat Titans.” The franchise is getting ready to bid on huge names in the auction, unveil the uniform, and divulge all information about the new team.

The article tells a whole about the Gujarat Titans.

Following the announcement from the BCCI IPL authority on the addition of two new clubs to the Indian Premier League, Ahmedabad launched its own IPL team. The name that the franchise will use in the league was just recently disclosed. On February 9, 2022, they announced that their squad will be dubbed the Gujarat Titans, in honor of the state’s cricketing skill and history. The squad appears to be connected to their state’s sporting past, paying honor to all talented athletes who were born in the state and played on its grounds.

The state is home to the world’s tallest statue, Sardar Vallabhbhai Patel’s Statue of Unity, as well as the world’s largest cricket venue, Narendra Modi Stadium, formerly known as Motera Stadium. In addition, the franchise wishes to show its appreciation by bringing the team to the state. They’ve recruited Titans to their team because they want to battle against all odds and face any difficulties that come their way. The brand has not restricted its recognition to a specific city and has attempted to build an emotional bond with all Gujaratis.

MUST-READ: Is IPL Banned In Pakistan? Read To Find Out!

CVC Capital is the proprietor of the Gujarat Titans. Steve Koltes, Donald Mackenzie, and Rolly van Rappard, the owners, bid Rs 5625 crores as the city of Ahmedabad to construct an Indian Premier League franchise. They conducted everything of their business as if they were in Ahmedabad, appointing their personnel and purchasing their first players in accordance with the Indian Premier League’s 2022 guideline. Gujarat Titans were just revealed as the new name for the squad.

CVC Capital Partners (The Irelia Company Pte Ltd.) is a significant equity investment firm established in Luxembourg. The company’s goal is to invest in worldwide sports, and it has already done so in football, Formula One, and rugby. The sport of cricket is their most recent acquisition, as they now own the Ahmedabad-based IPL franchise.

According to sources, CVC Capitals attempted to build a robust business model with Delhi Capitals and Rajasthan Royals in the past, but the discussions were unsuccessful, and the company was unable to enter the Indian Premier League (IPL) market.

“The way they have long needed their sports stores has been outstanding.” “It could be a huge improvement for the IPL, which is why the league is firmly positioned at the moment a global platform,” adds BCCI treasurer Arun Dhumal.

Gary Kirsten, a former South African cricketer, and Indian coach have been named Team Mentor by the authorities. Kristen coached the Indian team that won the World Cup in 2011 under Mahendra Singh Dhoni’s strong leadership. Gary will also serve as the team’s batting coach. Under the guidance of one of cricket’s greatest coaches, the franchise hopes to have a strong start in the IPL.

Ashish Nehra has been named the Head Coach of the Ahmedabad franchise due to his extensive knowledge and experience in both playing and evaluating cricket. The owners want to benefit from Nehra’s greatest insights for their squad since he is one of the top cricketers to take advice from.

Vikram Solanki, a former England batsman, has left his position as Head Coach of the Surrey County Club to join the new Ahmedabad franchise as Director of Cricket. He seemed to be quite pleased with the team’s decisions and vision thus far.

It would be wonderful to watch such talent come together and create the new Gujarat Titans squad as they prepare to enter their maiden Indian Premier League season.

ALSO READ: Why IPL Is Better Than ISL?