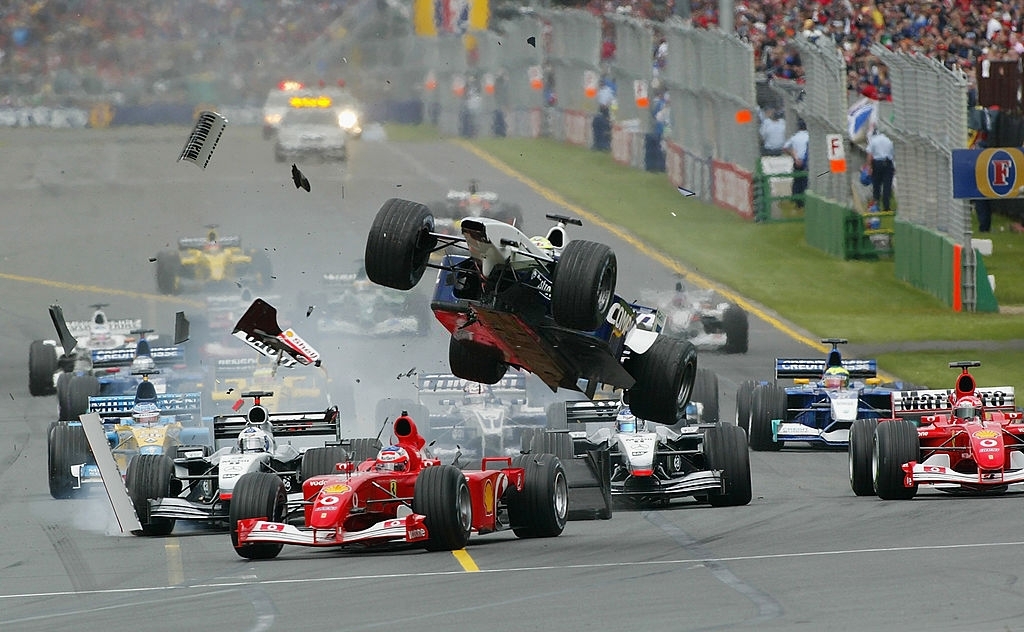 Drivers have been living on the edge since the beginning of motor racing. The number of badly injured and dead athletes has decreased dramatically as a result of considerable advances in safety measures. Ayrton Senna was the last driver to die in an F1 car in 1994, but the death toll was shocking in the early years. The following is a list of all Formula One racers who have died, excluding officials and spectators. Even virtually few European drivers traveled to America to race between 1950 and 1961, the Indianapolis 500 was considered a part of the Formula One championship. The circuit was home to seven of the first 11 deaths.

The racer from Argentina was born in 1923. Marimón failed to negotiate a tight downhill bend during qualifying at the Nurburgring, causing his car to hit a ditch, collide with a tree, and then roll several times before coming to a stop upside down. At the scene, he was given final rites and died shortly after.

The American racecar driver was born on October 20, 1921.

Sunny day in Indianapolis, 1955, his steering failed when he was practicing for the race, and he smashed into a concrete wall, according to reports. He died the next very day as a result of his heavy traumatic injuries.

The tragic mishap happened in Indianapolis, 1955. Vukovich, the winner of the previous two Indy 500s, was leading when his vehicle was pushed over the impact wall, crashing nose first and then exploding into flames after he failed to avoid an accident ahead of him. A shattered neck killed him instantaneously.

When his car hit a wall at 136 mph while practicing for the race, he died of a fractured neck. The accident took place in Indianapolis, 1957.

On the race day in Indianapolis, 1958,  the opening lap of the race, O’Connor was killed when his vehicle overturned and caught fire as a consequence of a 15-car pile-up. There were uncanny parallels to Vukovich’s death three years prior. Both started from fifth on the grid in blue No. 4 cars. Both hopped into another car and set fire to it.

Race day in France, 1958. He was in the second position when his Ferrari lost control on a sweeping bend, collided with a ditch, and toppled at roughly 150 mph. He was taken to hospital, where he died shortly after – the circuit at Reims was one of the first to have a helicopter on site.

The race day in Germany, 1958. Collins, who was third in the drivers’ championship at the time, lost control while vying for the lead and his vehicle careered into fencing, causing Ferrari to suffer a second blow. Collins was ejected from the cockpit and crashed into a single tree, subsequently dying from a shattered skull the next day.

Lewis-Evans’ Vanwall engine seized, causing him to crash into obstacles at high speeds, causing his car to catch fire. He was flown back to England on the private jet of team manager Tony Vandervell but died of burns six days later in hospital. Vandervell, despite winning the inaugural constructors’ championship, was so unhappy that he retired from racing, as did Lewis-Evans’ manager Bernie Ecclestone for a period. The calamity happened in Morocco, 1958.

The American race car driver in Indianapolis, 1959 met a tragic accident on the race track. Unser, who had been part of the 15-vehicle pile-up a year before, perished when his car hit a wall and then somersaulted down the track before exploding during a practice session. A fortnight later, he died of burns. As a result of the disaster, fire-resistant driving clothes are now required.

Indianapolis, 1958, a veteran in midget racing, his car was hit by a gust of wind and wrecked on only his second day of Indy racing. Later that day, Cortner died of head injuries.

In the year 1958, Great Britain. When his Cooper slid in the wet and smashed into a brick wall that crumbled on top of him while practicing for a non-championship event at Silverstone, he died.

A grueling weekend in Spa began with a series of catastrophic crashes during practice (Stirling Moss sustaining broken legs in one). Bristow made an unforced error on the 20th lap of the race and was beheaded by a wire fence when his Cooper somersaulted. He is still the youngest driver to die in a championship race at the age of 22.

The incident took place in Belgium, 1960.

Belgium, 1960 and the race just started. It was the initial time. Stacey died two laps later when his car crashed and caught fire. Some onlookers, as well as his own mechanics, though he was hit by a bird and knocked out seconds before the disaster.

Von Trips needed a third place to win the drivers’ title after crashes at Monza in 1956 and 1958. His vehicle, however, collided with Jim Clark’s Lotus and was hoisted into the air before crashing into a barrier. Von Trips was flung from the cockpit and murdered together with 14 other spectators just inside a track-side barrier in Italy in 1961.

Rodriguez had spent the season driving for Ferrari, but the team decided to skip the first non-championship Mexican Grand Prix, so he drove a Lotus to impress in his hometown. His car spun and caught fire when he miscalculated a corner – witnesses stated he was driving too quickly. He died on the way to the hospital. He was 20 years old at the time. Died in Mexico, 1961

After the murder of a buddy earlier this year, Hocking quit from motorcycle racing and switched to Formula One, which he felt would be safer. When his Lotus hit a ditch and somersaulted during practice for his maiden race, he died. It was in South Africa, 1962.

During Saturday practice at Watkins Glen, Cevert’s car struck a curb and was thrown into the safety barriers, leading it to spin headlong into loose barriers on the other side of the course. He died instantaneously as a result of his severe injuries. Jackie Stewart, his teammate, mentor, and friend, who had previously won the world title, abruptly retired from what would have been his final race. The event occurred in 1973 in the United States.

The accident took place in Austria, 1975. During a practice session, Donohue lost control of his March and was careered into the fence. A marshal was killed by flying debris, but Donohue appeared to be unharmed. However, he had a severe headache and went to the hospital the next day, when he slipped into a coma and died of a brain hemorrhage. During the incident, his skull was thought to have collided with a wooden fence post.

During a practice session, Donohue lost control of his March and was careered into the fence. A marshal was killed by flying debris, but Donohue appeared to be unharmed. However, he had a severe headache and went to the hospital the next day, when he slipped into a coma and died of a brain hemorrhage. During the incident, his skull was thought to have collided with a wooden fence post. The incident took place in South Africa, 1977.

A huge crash on the first turn of the race at Monza left Peterson with significant leg injuries, however, it appeared that his injuries were serious but not life-threatening when he was dragged from his smoldering vehicle by three other drivers. Track authorities impeded attempts to get an ambulance to Peterson as he lay on the tarmac, and it took a quarter of an hour for emergency help to arrive. Vittorio Brambilla, who had brain damage and was the first to be treated, was the subject of more worry.

Fortunately, he recovered completely. With Peterson’s permission, doctors operated that night in the hospital to stabilize 10 fractures in his legs. However, bone marrow entered his system through the fractures throughout the night, causing him to go into renal failure. The next morning, he died. It was in Italy, 1978.

It was 1982, Belgium. Villeneuve’s vehicle collided with the rear of the slower-moving Jochen Mass towards the conclusion of qualifying and was thrown into the air at roughly 140mph before plowing into the ground and disintegrating as it skidded to a halt. He was discovered still strapped to his seat but without his helmet in the catch fence. He died as a result of a deadly neck fracture.

In only his second race, Paletti crashed at 100 mph into the back of Didier Pironi, who had stalled on the grid and sustained severe chest injuries. In seconds, medical help arrived, but his full gasoline tank ignited, engulfing Paletti in flames (such as the effectiveness of the fire-retardant overalls that he suffered no burns). He was cut out of the debris after another 25 minutes, but he died soon after arriving at a neighboring hospital. The race event in Canada, 1982, was tragic.

During qualifying at Imola, his front wing failed, sending him to smash into the Villeneuve bend at almost 190 mph. A basal skull fracture was the cause of his death. He’d injured his wing on the previous lap, but he’d opted to keep going since he was battling for the final grid slot. The tragic incident took place in Sant Marino, 1994.

Senna died twenty-four hours later when his vehicle drove into a concrete wall at roughly 135 mph after failing to negotiate a steep bend. He died as a result of fatal head injuries. Officials discovered a furled Austrian flag among the wreckage, which Senna would have raised in honor of Ratzenberger if he had won. The two disasters prompted a comprehensive revamping of the sport’s safety measures.

In this article:Deaths In F1, f1 deaths, f1 total deaths