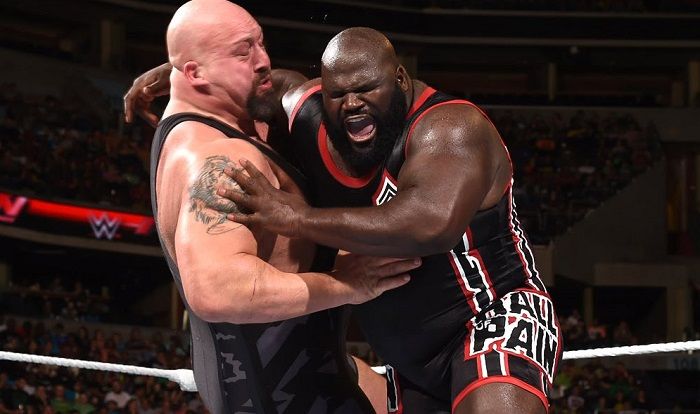 All Elite Wrestling has signed a slew of talent since its beginning, including some former WWE wrestlers. Some fans believe that by signing so many ex-WWE wrestlers, AEW is repeating WCW’s error, but they have handled their talent properly thus far. Tony Khan did warn, however, that now is the moment to be “more careful than ever in talent acquisition.”

A group of WWE wrestlers defected to AEW in 2021. While not all of them were promoted to the top, the majority of them joined AEW with the hopes of having a better career than they had in WWE. It was a significant year for AEW, as they were able to bring in wrestlers that fans had never expected to work for them.

In 2021, Paul Wight departed WWE and eventually joined All Elite Wrestling. He was one of the few wrestlers that fans thought would never quit the organization, but when the opportunity arose, he jumped at it. On YouTube, he is a commentator for AEW Dark: Elevation. Wight wrestled in a couple of matches while on the AEW roster.

Christian Cage returned to the ring at Royal Rumble 2021 after a seven-year sabbatical from the sport. Christian joined All Elite Wrestling a few weeks later and made his debut at the Revolution pay-per-view. Cage has previously stated that he would be unable to return to the ring due to concussion-related difficulties.

But he’s back, and he’s better than ever. Christian has had some fantastic bouts in recent months, including a World Championship reign. He wanted to finish his career on his own terms and give back to the next generation, both of which he could achieve easily with AEW.

Many fans were startled when WWE dismissed Aleister Black in June 2021. Black had recently unveiled a new gimmick, and the firm appeared to have huge plans for him.

He debuted in AEW under the ring name Malakai Black a month after being released from WWE. It was later revealed that WWE made a mistake in Black’s contract, allowing him to sign with AEW after only 30 days.

At All Out 2021, Adam Cole reunited with The Elite. Cole’s decision to not renew his WWE contract startled fans, but they already knew he was headed to AEW. The Elite arrived to celebrate Kenny Omega’s victory over Christian Cage for the AEW Championship.

After attacking Cage and the Jurassic Express (who had arrived to save him), Omega cut a little promo. Cole’s song was released as a result, and the fans went berserk. However, it was only a matter of time until AEW surprised the crowd once more.

In August 2021, WWE released Bobby Fish. He joined with AEW after two months and made his debut against Sammy Guevara. Fish joined The Elite alongside Adam Cole a few weeks later. Fish is a fantastic wrestler with over two decades of expertise in the ring, so it’s no surprise that AEW hired him when he became a free agent.

It was just a matter of time after Adam Cole and Bobby Fish joined AEW that Kyle O’Reilly followed suit. Cole made his AEW Dynamite: Holiday Bash debut in a single match against Orange Cassidy. Kyle assisted Cole in defeating Cassidy, reuniting The Undisputed Era. This trio beat The Best Friends in their first match together after leaving WWE on AEW Dynamite: New Year’s Smash.

Ruby Soho, who appeared during the Casino Battle Royal bout and won it, was another debutant at All Out 2021. She was also let go by WWE last year, along with a number of other wrestlers. Ruby is presently ascending to the top of the AEW Women’s division, something that looked unlikely to achieve in WWE.

Andrade’s time in WWE was lackluster. He requested his release in 2021, which he finally received. Andrade El Idolo joined AEW a few months later, with Vickie Guerrero as her manager.

Andrade hasn’t done anything noteworthy since joining AEW. But AEW recognizes his skill, and it’s probable that they’ll find a way to properly employ him in 2022.

Bryan Danielson arrived shortly after Adam Cole’s debut at AEW All Out 2021. Bryan’s deal surprised many fans since no one imagined he’d ever quit WWE. In fact, several fans assumed his departure from WWE was a work. AEW recognizes Danielson as one of the greatest wrestlers of all time, and they are treating him accordingly.

CM Punk is without a doubt AEW’s biggest signing to date. The Cult of Personality left wrestling following disagreements with WWE and swore never to return. AEW first made multiple offers to Punk, but he declined. Punk chose to return to the ring after observing AEW’s efforts for a few months.

He made his AEW Rampage: The First Dance debut. Darby Allin, whom he defeated at All Out 2021, was his rematch opponent. Punk’s comeback is enormous, and AEW understands how essential he is to them.