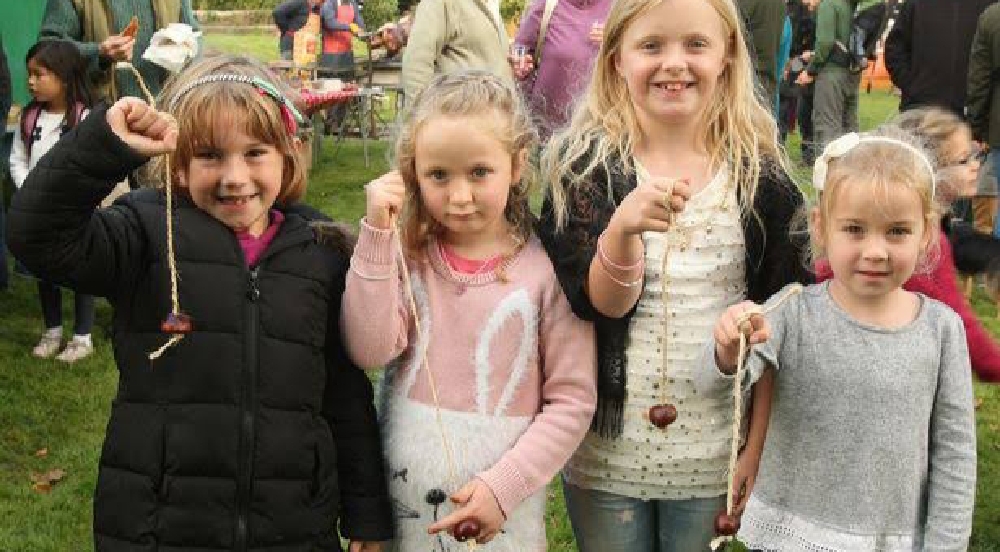 Conkers is an ancient game that has been played for a very long time. Conkers are a popular playground activity during the months of September and October. It is a game that has been played every autumn for generations, but it is currently being played by fewer youngsters. We wish to revive this British tradition by telling you more about it. As a result, we are going to discuss everything there is to know about the game Conkers here in this article including “How Do Conkers Fight?” But first, let us learn a little more about the game conkers. Well, Conker fighting is a game in which you try to smash your opponent’s conker, which is suspended at the end of a piece of string. The individual whose conker is the strongest and hardest usually wins.

In many areas of the world, the game of conkers is also referred to as “Kingers.” Conkers is also a traditional children’s game in the United Kingdom and Ireland, played with the seeds of horse chestnut trees; the term ‘conker’ refers to both the seed and the tree. Two players each have a conker tied onto a piece of string, and they take turns striking each other’s conker until one of them breaks. Conker battling between two players is a lot of fun. You will have a great time as long as you play fairly. During the 1800s, the game became very popular in England. Other names for the game that have been used in recent history include ‘cheggers,’ which is a Lancastrian word, and ‘cobblers,’ which is a reference made in the book Sons and Lovers by DH Lawrence. So, now let’s take a deeper look at the game of Conkers and some interesting facts about it.

What Is The Game Of Conkers?

Conkers is a game in which players string together horse chestnuts (the real term for conkers) and hit two of them together with the goal of smashing the opponent’s conker. The guy whose conker remains intact throughout the game is declared the winner. The game is typically played in the Autumn in the United Kingdom (late September to mid-October), and it has long been popular with schoolchildren, who gather ‘conkers’ from horse chestnut trees and thread them together with their shoe laces.

How Do Conkers Fight?

Large, brittle conkers are drilled using a nail, gimlet, small screwdriver, or electric drill. A 20 cm (8 inch) long piece of string (often a shoelace) is threaded through it. The conker is secured with a big knot at one or both ends of the string. The game is played with two players, each holding a conker. They take turns using their own conkers to hit each others. The conker of one player is allowed to hang the entire length of the string while the conker of the other player is swinging and hitting. As a result, each player has a conker dangling from their string. Players take turns hitting the conker of their opponent. If you are the person whose conker will be hit first, let it dangle from the thread that is wrapped around your hand and allow it to fall to the ground. The conker is held completely steady at the height chosen by your opponent.

The striker, your opponent, wraps his conker string around his hand in the same way you do. He then takes the other hand’s conker and pulls it back for the attack. After letting go of the conker, he swings it down by the string that is held in the other hand in an attempt to hit his opponent’s conker, which is yours. If a player misses his or her opponent’s conker, he or she is given up to two more chances. If the strings become tangled, the player who calls “strings” first gets an extra shot. If a player smashes his or her opponent’s conker in such a way that it completes a full circle after being hit – known as ’round the world’ – the player is given a second chance. If a player drops his conker or it is knocked out of his hand, another player can shout “stamps” and jump on it; however, if the conker’s owner immediately cries “no stamps,” the conker should ideally stay intact. The game continues in this manner until one of the two conkers has been fully destroyed.

ALSO READ: Is Korfball An Olympic Sport? What’s The Objective?

Scoring Methodology In The Game Conker

• A conker receives one point for surviving a strike that leads the other to break. Whether the remaining conker was attacking or defending at the time, the point is awarded.

• A new conker is a none-er, which means it has yet to defeat another conker and hence has no score.

• In some regions, the winning conker receives all of the points earned by the losing one, plus one extra point for the loss. A two-er who defeats a three-er, for example, becomes a six-er (2 + 3 + 1). In other regions, regardless of the loser’s score, the winner receives only one point.

A player gets an extra turn if they are the first one to shout “strings” or “stringsies” when the strings become twisted.

• If one player drops their conker, the other can shout “stamps” or “stampsies,” allowing them to stamp on the conker on the ground in an attempt to shatter it. If one player shouts “no stamps” before the other player can say “stamps,” then stamping won’t happen.

What Equipment Is Needed To Play Conkers?

The following items are required to play a game of conkers:

1. There are two conkers (at least)

2. Two strings (some individuals use laces from their shoes)

3. A ‘hole-making tool,’ such as a bradawl, drill, or kebab skewer

If you wish to play a more complicated game of conkers, you’ll need to score and accumulate points with ‘conker coins,’ which makes the game more enjoyable.

MUST-READ: Is Kayaking A Water Sport?

How To Make Conkers Stronger And Harder?

Anyone who has played Conkers knows that if your conker is stronger than the other’s, you will almost certainly win. In a purely scientific sense, increasing the conker’s level of hardness also results in an increase in its degree of fragility. So, now all you have to do is to build your Conker stronger. So, to make your Conkers stronger and harder, follow the steps outlined below.

Conkers are supposed to become rock hard after being pickled in vinegar. However, this can cause the inside to decay over time.

One of the greatest ways to make conkers stronger is to bake them at a low temperature in the oven. It needs to be in the oven long enough to get sturdy without becoming wrinkly on the outside.

3. Making Use of Old Conkers

Conkers with a strong hard shell can be given a coat of clear varnish, however, this can be seen.

5. Apply Hand Cream On The Outside Of The Conkers

Conkers are Banned In Schools

According to a survey conducted by Keele University in 2000, many British schools do not allow children to play Conkers because head teachers are afraid of legal repercussions if children are injured while playing the game or because they believe the conkers could be used as weapons. Later, the TV show Top Gear organized a conker game using caravans dangling from cranes. “I now feel totally happy about being smashed in the face by a caravan,” broadcaster James May said after wearing protective eyewear.

Top Gear and other media commentators incorrectly stated that the wearing of goggles during the game was due to an official Health and Safety Executive (HSE) edict, when in fact, the myth began when a headmaster purchased goggles for children to use as a parody of health and safety regulations and sponsored a Conkers tournament. Conkers were banned in numerous schools in 2004 due to concerns that they could cause anaphylactic shock in students with nut allergies. Conkers provide no known dangers to people with nut allergies, according to health experts, though handling them may cause a slight reaction in some people.

Where Is The Game Of Conkers Played?

Conkers is primarily a game played in England with Horse Chestnuts, but similar games are also played in other regions of the world — frequently under different names:

Can You Eat A Conker?

No, it is not feasible to consume Conkers. Horse chestnuts – Aesculus hippocastanum — Conkers are poisonous, unlike other species of chestnuts that are edible. The poisons glycosides and saponins found in Conkers make them toxic. Deer are the only animals that can and do eat Conkers because their stomachs contain compounds that can break down these toxins. Conkers, on the other hand, are high in starch, and extracts from them are utilized in natural shampoos and body washes.

READ MORE: Is Sepak Takraw Dangerous? What Is This Game?