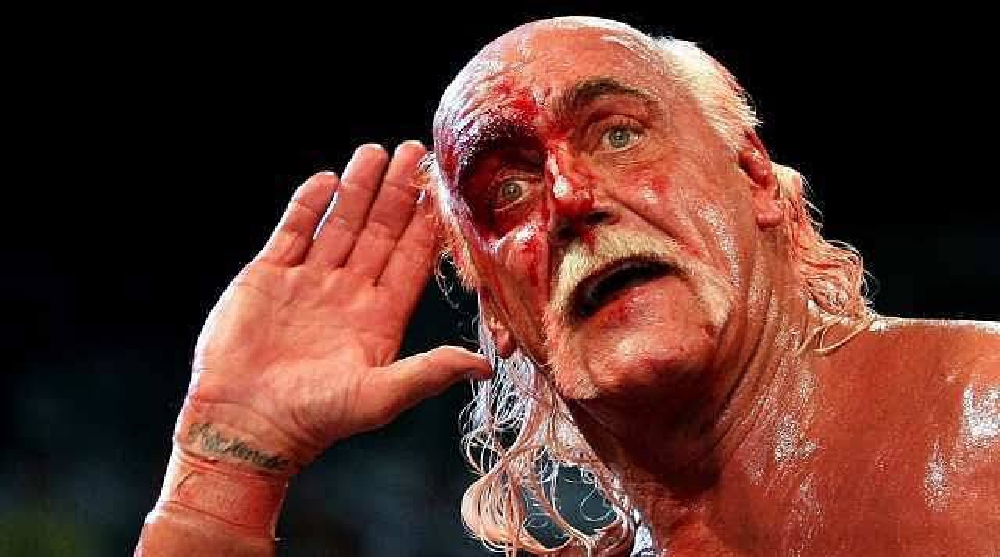 “How Do You Fake The Blood In WWE?” Well, it became quite interesting for all WWE fans to learn about the facts relating to the blood in WWE. As a result, thesportsunited team chose to go into great detail on this topic. Well, the results of the matches may be predetermined, but it is quite difficult to “fake” the majority of what takes place within the ring. A fantastic illustration of this is when a wrestler gets cut and bleeds.

The possibility of faking bleeding from other portions of the body during a live wrestling fight is significantly more difficult, regardless of the fact that some wrestlers have used capsules to fake bleeding from the mouth. The act of bleeding intentionally has become something of a controversial subject in professional wrestling in recent years.

The World Wrestling Entertainment (WWE) has (largely) been prohibited since they’ve gone below a PG rating. However, All Elite Wrestling has brought it back for its more intense matches. Fans might not be familiar with all the details, so in this post, we’ll look at some of the aspects of “How Do You Fake The Blood In WWE?”

How Do You Fake The Blood In WWE?

Wrestlers have been known to use blood capsules when they want to give the impression that they have internal injuries that are causing them to cough up blood. The majority of the time, though, the wrestler is truly bleeding when you see blood. There are primarily two methods by which this occurs. There is a staged method known as “blading,” which is exactly what it sounds like — the wrestler gets a hold of a razor blade, which they either carried on their person or was quietly delivered to them by the referee or someone at ringside, and they cut their own forehead with it to draw blood. Blading is out of trend in the wrestling industry because of health concerns, changing fan tastes, and fears over HIV transmission.

The other way wrestlers bleed is the difficult method, which is when their bodies are actually torn apart by an impact they sustain during the match. Hard-way bleeding can occasionally be intentionally caused by a wrestler using their hard knuckles to inflict a head wound, but most of the time, it’s an accident from a headbutt that connects too hard, a chair shot that goes undefended, a collision with the ring post or the steps that becomes too real, etc. This is why there isn’t as much blood on screen these days, but when there is, it’s usually more gruesome and unpleasant than it used to be because the injuries are usually worse because most of the bleeding is unintentional and hard-way.

How Do Wrestlers Bleed During Match?

1. Use Of Razor Blades During The Attitude Era

Earlier professional wrestlers cut themselves while in a match with razor blades. According to many stories, the WWE experienced an increase in ticket sales when wrestlers would inflict injuries on one another because it showed the efforts they would go to win a match. Although many wrestlers believed that using razor blades was safe, blading has often gone horribly wrong.

WWE stars used to create little cuts on their bodies to let them bleed and continue fighting until the bitter end. However, occasionally, WWE superstars would take very deep razor cuts that would compromise their ability to compete in the ring and even endanger their lives. Many legendary WWE athletes, including Shawn Michaels, Ric Flair, and John Cena, have committed this error in the past. WWE eventually decided to outlaw blading in 2008.

2. Use Of Bood Capsules In The Modern Era

WWE superstars currently bleed using two different methods. One way is that a WWE star to challenge their opponent to give them a punch that is severe enough to cause them to bleed. To make a wrestler bleed, the opponent may also use chairs, tables, hammers, and other objects. Another method is to utilize a blood capsule. A WWE official can signal to a wrestler to pass them a blood capsule if they don’t want to risk their lives. The wrestler signals to their opponent to start the punishment after receiving the capsule from the referee. The superstar splits the capsule during or after being attacked and applies the blood as needed.

Facts About Blood In Wrestling

Some facts about blood in wrestling are illustrated right below:

Blading is the most typical method of producing blood, or, as they say, “getting colour.” The name “blading” implies that wrestlers are cutting themselves up with razor blades in the middle of matches, however, the blade in issue is actually quite small, like a piece of a razor blade that has broken off. That fragment is then wrapped with wrist tape so that only a little tip protrudes from it, allowing wrestlers to carry them safely.

The purpose of blading is to trick the crowd into thinking that a wrestler’s skin has been broken by an attack. Hence the process itself must be secret. The blade is typically carried by the wrestler or given to them by the referee. It can also be hidden someplace on the body, such as in the wrist or finger tape. When a wrestler spots an opportunity to use the blade, they position themselves away from the audience or the camera in order to (hopefully) cut themselves without anyone noticing.

The forehead of a wrestler is one of the most often bladed places. Because there are numerous blood arteries in the forehead region, a well-placed cut will produce a startling amount of blood. After that, a rival can punch or apply other pressure to the wound to make it flow excessively even more. Blading is entirely dependent on timing, not simply in the narrative sense. Since wrestlers tend to perspire during matches, bleeding in that area will cause perspiration and blood to mix, giving the impression that the wrestler is bleeding more than they actually are.

Wrestlers have been known to have gotten blood in their bouts by a variety of methods, not just blading. There is also the aptly titled “hardway” method, in which a wrestler employs a foreign instrument intended to be seen by spectators, such as a fork or a scalpel. A very forceful blow to the eyebrow, however, can also be delivered using an antiquated technique that breaks the skin. This was demonstrated in the 2012 Extreme Rules main event when Brock Lesnar used elbow strikes to swell Cena’s face.

Also Read: Why WWE Is Failing? Major Reasons Behind It!

Although blading is a simple approach to increasing the intensity of a match, it isn’t without drawbacks. Even if you exclude the possibility of losing an excessive amount of blood, wrestlers who blade their opponents on a regular basis can develop unsightly scarification on their faces. Fans have witnessed this phenomenon in the cases of wrestlers such as New Jack, Abdullah the Butcher, Jun Kasai, and even Dusty Rhodes. Ric Flair frequently bled all over the place because of his habit of repeatedly blading his skin, which makes the skin more sensitive.

6. It’s Been Around Throughout Wrestling’s History

Blood, on the other hand, is a common part of wrestling. Early in the 20th century, con artists would persuade victims to place large bets on pro wrestling matches they thought were going to win, only for the match’s anticipated victor to choke on a package of fake chicken blood and force a halt by the referee. Sailor Watkins, a professional wrestler who rose to fame in the 1930s for her frequent use of the hardway, inspired many copycats. The usage of blood in wrestling persisted into more contemporary times as well, with Southern wrestling greats like Ric Flair and Dusty Rhodes sometimes seen covered in blood during important matches.

In recent years, bleeding has become a contentious issue in professional wrestling, particularly due to the fact that due to the WWE’s restriction, few mainstream fans have seen their heroes wear what is referred to as “the crimson mask.” The great wrestler Lou Thesz, who competed from the 1930s to the 1970s, noted that wrestlers who utilized blood were masking their weaknesses in order to draw attention to their in-ring abilities that they wouldn’t otherwise receive if they didn’t use blood. Many people consider this to be a cheap approach. It’s the same accusation that’s been levelled against hardcore promotions like ECW and the deathmatch wrestlers that came after them in the decades that followed.

Even while there are methods to lessen the harm, blading is far from an exact science, and cutting one’s forehead can go horribly wrong. In the history of ECW, there have been a few incidents of blading gone awry, like the memorable match where New Jack accidentally severed two arteries in Mass Transit’s skull. This incident was made even worse when it was discovered that New Jack was an unskilled youngster who bluffed his way into the ring. Then there was the horribly bloody main event of WWE’s Judgment Day 2004 between Eddie Guerrero and JBL when Guerrero hit an artery while blading and needed medical attention after the match.

Also Read: Is the blood real in WWE? Here’s The answer!

In this article:How Do You Fake The Blood In WWE