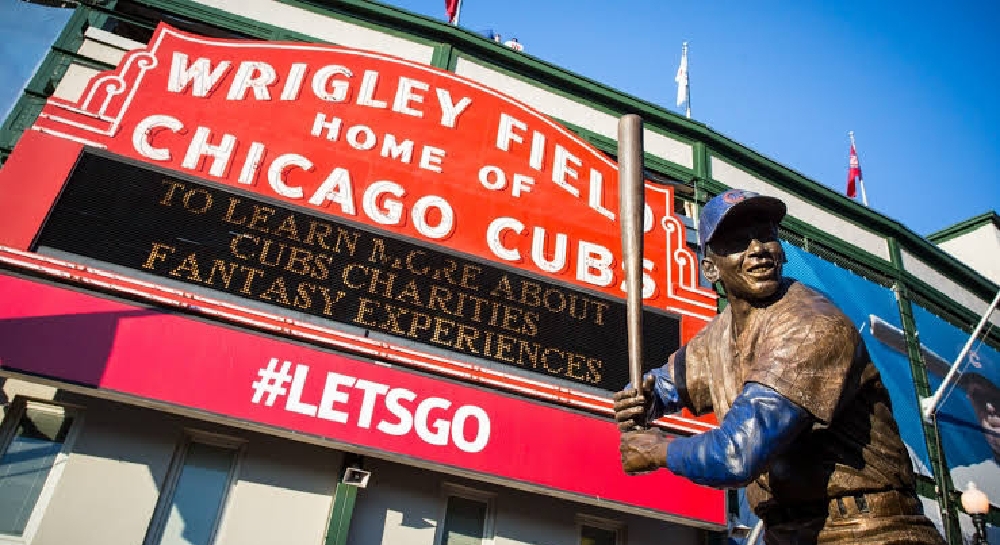 The Chicago Cubs are one of the most popular baseball clubs in the world, with a worldwide fan following. Wrigley Field, which is located on the North Side of Chicago, is where the club hosts all of its games played at home. The Cubs are one of two major league teams based in Chicago; the other is the American League (AL) Central division’s Chicago White Sox. The White Stockings were the original name of the Cubs when they joined the National League in 1876 and changed their name to the Chicago Cubs in 1903.

The Chicago Cubs have a rich history, having competed in a total of 11 World Series during its existence. Before losing the World Series to the Chicago White Sox by four games to two, the 1906 Cubs won 116 games, ending 116–36 and setting a modern-era record winning percentage of .763. In 1907 and 1908, the Cubs won back-to-back World Series titles, becoming the first major league club to play in three consecutive World Series and win it twice. The Cubs also won the 2016 World Series and the National League Championship Series.

The Chicago Cubs have a devoted following, and the franchise is one of the most valuable in both US sports and Major League Baseball. Over the years, the Cubs have had some great baseball legends play for them. Marcus Stroman, outfielder Clint Frazier, award-winning Seiya Suzuki, and 2-time All-Star Willson Contreras are all on their current roster. So, if you’re a Chicago Cubs fan who wants to see them play this season, we’ve got you covered. We will provide you with all the information you need, including where and how you may watch live Chicago Cubs games without the need for cable so that you can make an informed decision. Let’s take a closer look at where you can watch the Chicago Cubs currently.

How to Watch Chicago Cubs Games Online Without Cable Subscription?

This is dependent on your location. Games are mostly carried on Marquee Sports Network, the Cubs’ regional sports network, if you live in the Chicago Cubs market. This station, which is available on cable TV, broadcasts almost every Cubs game live. In addition, Marquee Sports Network is now available on DIRECTV Stream and fuboTV. You may watch games on MLB.TV if you don’t live in the Cubs’ TV area. Subscribers can watch out-of-market MLB games live or on-demand on any of the service’s supported devices.

ALSO READ: How Do UFC Fighters Not Die After Being Injured?

On DIRECTV Stream, you may watch Chicago Cubs games. This streaming service also includes ESPN, TBS, FOX, FS1, and MLB Network in its various packs, allowing fans to conveniently watch all of the major league baseball games live on the go. DirecTV Stream offers four different pack options that range in price from $69.99 to $139 per month. They are, however, now providing a $30 discount on your first two months.

FuboTV is a popular streaming service among sports enthusiasts since it offers channels that broadcast a variety of live sporting events. The Marquee Sports Network is included in the packs for Chicago Cubs fans who live in in-market areas. Plus, with the exception of MLB Network, it includes all of the above-mentioned national TV stations, so you can watch practically every nationally televised game live on this streaming service.

Furthermore, new fuboTV subscribers are eligible for a 7-day free trial. The fuboTV Pro package comes with more than 110 channels and is known for being a sports-focused streaming service. In addition to other networks, the channel roster features FS1, FS2, NFL Network, and Big 10 Network. On fuboTV, both the Pro and Elite plans include 1000 hours of Cloud DVR storage and the ability to stream on an unlimited number of screens at the same time.

With the base package on Hulu + Live TV, you can watch Chicago Cubs games on Fox, FS1, TBS, and ESPN for $69.99 per month. Watch live sports, news, events, and more on Hulu + Live TV, which features over 75 channels. The lineup features FS1, FS2, NFL Network, TBS, SEC Network, and a number of other networks as well. For an extra $9.99 per month, Hulu + Live TV offers a sports add-on bundle that includes NFL RedZone, Outdoor Channel, MAVTV, and more. Hulu is now giving unlimited DVR to all live TV subscribers as of April 13th. A Hulu + Live TV subscription allows you to watch on up to two screens at once, but for $9.99 per month, you can upgrade to unlimited displays.

READ NEXT: Why Did Dwayne Johnson Start Acting?

Sling TV is a fantastic method for out-of-market fans to watch nationally televised sports live. You can watch Chicago Cubs games on ESPN if you have a Sling Orange subscription, and you can watch them on FS1 if you have a Sling Blue subscription. Both of these subscriptions are available through Sling TV. Sling’s Sports Extra add-on costs $11 per month and includes MLB Network as one of its channels. For $50 a month, you can get access to 50 channels, including NFL Network, Stadium, TNT, and more, with a Sling Orange + Sling Blue subscription.

Subscribers to YouTube TV may watch Chicago Cubs games on Fox, FS1, TBS, and ESPN, which are all included in the $64.99 per month base package. Users that subscribe to YouTube TV gain access to over 85 channels, including MLB Network, NBA TV, NFL Network, SEC Network, and others. For $10.99 per month, YouTube TV offers a sports add-on package that includes NFL RedZone, Outside TV, Players TV, Fox Soccer Plus, and more. Every YouTube TV member gets unlimited cloud DVR storage, as well as the ability to stream on up to three devices at once.

More than a dozen MLB games are televised on ESPN+ every week (170 games for the season). This streaming service provides fans with access to a variety of incredible live sporting events as well as other sports content.

The MLB has introduced a fantastic way for out-of-market fans to view live games. Every team’s out-of-market games are broadcast live and on-demand on MLB.tv. All MLB games are available to view, with the exception of those that are blacked out in particular areas (including the playoffs and the World Series). A single team package costs $109.99 per year, while a subscription costs $129.99 per year.

READ MORE: How Do UFC Fighters Not Die After Being Injured?

In 1903, Major League Baseball hosted its first official World Series. The Chicago Cubs have won the World Series three times in their franchise history. The first two championships were won in back-to-back years, in 1907 and 1908. The Cubs didn’t win another World Series until 2016 when they broke the record for the longest championship drought in American sports history. Three championships are featured in the franchise: 1907, 1908, and 2016.

The Chicago Cubs and the Detroit Tigers faced in the 1907 World Series. The Cubs won the National League pennant by 17 games after finishing the regular season with a 107-45 record. Meanwhile, the Tigers finished 92-58, 1.5 games ahead of the American League’s second-place squad. The Cubs defeated the Tigers 4-0 in the 1907 World Series, which took place from October 8 to 12. The first three games were held in Chicago, while the fourth and fifth games were held in Detroit. The series’ first game finished in a draw. In the four games that the Cubs won, they outscored the Tigers 16-3. The Cubs’ winning pitchers were Jack Pfiester, Ed Reulbach, Orval Overall, and Mordecai Brown.

The 1908 World Series saw the first rematch in the event’s early history, as the Cubs and Tigers faced off for the championship once more. The Cubs defeated the Tigers by 4-1 in the World Series, outscoring them 24-15 in the five-game series. As starting pitchers for the Cubs, Mordecai Brown and Orval Overall each won two games, while George Mullin earned the lone Tigers victory in the series, winning Game 3.

Despite appearing in multiple World Series over the next 108 years, the Cubs did not win another championship until 2016. The Cubs faced the San Francisco Giants in the 2016 postseason after winning the division by 17.5 games and leading MLB with 103 wins. The Cubs won against the Giants. The Chicago Cubs were victorious over the Los Angeles Dodgers in the championship series of the National League. The NLCS Most Valuable Players were Javier Baez and Jon Lester. The Cleveland Indians were pitted against the Chicago Cubs in the 2016 World Series. The Indians jumped off to a 3-1 series lead, but the Cubs rallied and won Game 7 8-7 on November 2, 2016, to win the World Series by a score of 4 games to 3. Ben Zobrist was awarded MVP of the World Series.

NEXT-READ: How Is UFC Legal?

In this article:How to Watch Chicago Cubs Games Online Without Cable