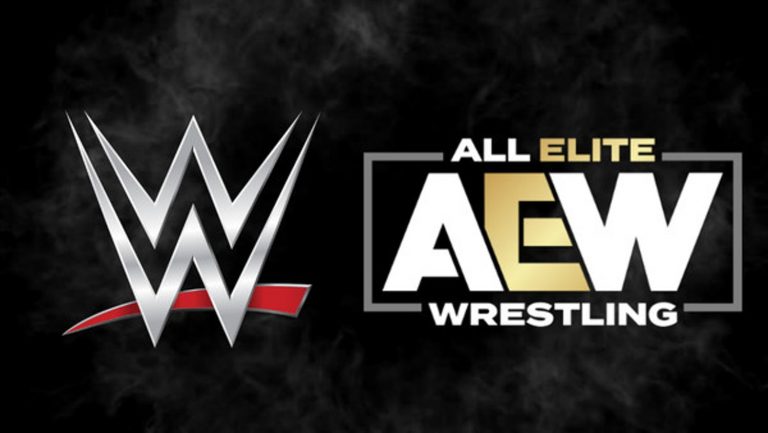 Is a rivalry forming in professional wrestling? That notion would have seemed absurd a year ago when All Elite Wrestling was just getting started and had nowhere near the audience levels of WWE’s Raw and SmackDown.

Even now, AEW Dynamite does not compete at that level in terms of total ratings, but recent occurrences have revealed that the fresh promotion may be more than simply an option. It might be a rival.

On Sunday night at AEW All Out, CM Punk wrestled for the first time in seven years, and Bryan Danielson and Adam Cole defected from WWE.

CM Punk beat Darby Allin at AEW All Out on Sunday in his hometown of Chicago, in his first bout in over seven years. Punk’s debut became quite a contest in an exciting setting with loud shouts for both competitors.

After hitting the GTS, the straightedge superstar emerged victoriously. Sting and The Best in the World exchanged respectful handshakes after the contest.

The younger promotion is gaining popularity among fans and wrestlers alike. It may take months or perhaps years to understand what this means in terms of actual competitiveness, but there is a sense that something is occurring.

WWE has been AEW’s main opponent since its establishment in January 2019. The organization has made some not-so-subtle jabs at the pro wrestling behemoth, but that’s mostly due to its status as the industry’s top dog.

Whether they realize it or not, WWE is everyone’s biggest rival. When most people think of professional wrestling, they think of the corporation because of its well-known brand. As a result, any new challengers to Vince McMahon and his ilk will have to establish themselves as a distinct entity.

As a result, AEW has taken steps to establish itself as the industry’s center point. Nonetheless, analogies between the two will always be made. Because WWE has been so successful for so long, it’s inescapable.

This has resulted in some tedious debate between supporters of both organizations, but that’s the nature of the beast. You’re either an Xbox or PlayStation gamer, or a Marvel or DC comics enthusiast. Even if our choices are subjective, there will always be a conflict between popular fanbases.

This may not be the article for you if you’re weary of the typical tribalism on the internet. However, it’s fair to assess how successfully the two have developed their big event settings this year.

Bryan Danielson, formerly known as Daniel Bryan in WWE, made his debut for All Elite Wrestling on the same day, putting months of speculation to rest.

Bryan discussed his decision to quit WWE and join AEW after the event, saying, “I really struggled back and forth because there’s a lot of people there that I consider family, who genuinely are legitimately my family, and you know, people that I love there so it was a very tough choice.”

“They were going to allow me to carry out a bit distinctive stuff on the outdoor with the deal WWE made me, but, I hate to say it, Vince sometimes.” He and I get alongside wonderfully. I adore him, I definitely do. He can be overly shielding of me at times. “I need to have the ability to check myself,” he continued.

Adam Cole, a former NXT talent, appeared on AEW All Out after Kenny Omega defeated Christian to retain the AEW World Championship. Cole also discussed the expiration of his WWE contract, saying, “Funnily enough, believe it or not, I was also astonished.” Yes, I was under the assumption it was six months later. As a result, it got here as a marvel. “It took them by surprise,” he added at the post-event news conference.

AEW has routinely outperformed WWE in the rating fight, particularly among the 18-49 demographic. WWE, on the other hand, is sticking to its family-oriented policy. WWE is rated TV-PG, even as AEW is rated TV-14. However, industry analysts point out that AEW will have greater creative latitude as a result. Sparks have already been flying between the two pro-wrestling franchises. Take, for example, Matt Hardy, who tweeted after AEW All Out, “How we’re all feeling after tonight’s absolutely WONDERFUL #AEWAllOut 2021 event.” @AEW is on fire! “Matt Hardy stated. He also shared a GIF from his AEW bout with Sammy Guevara, saying, “Competition’s in the dirt.” I enjoy seeing it.”

In this article:Is AEW Better Than WWE?, WWE AWE