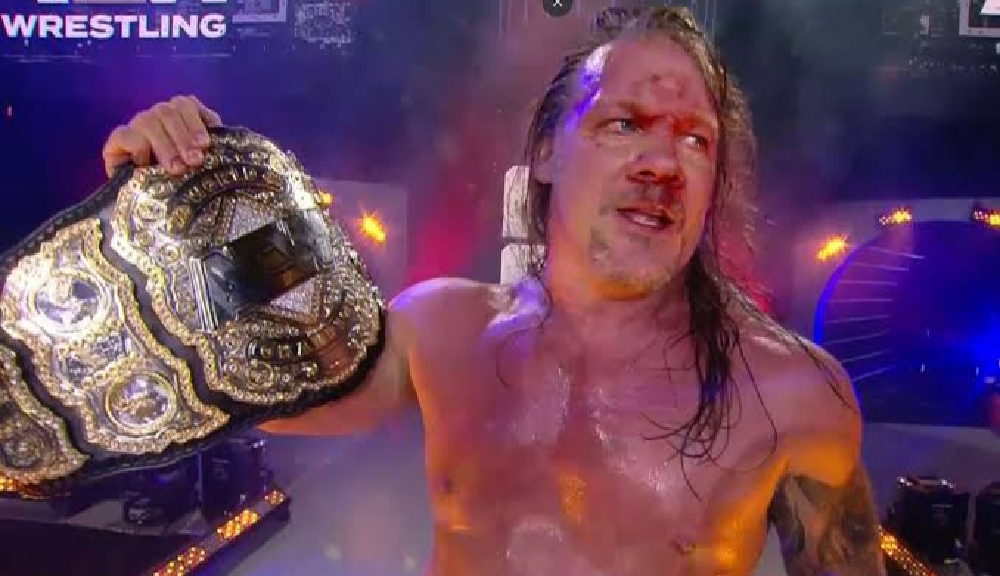 Is AEW Scripted? Well, All Elite Wrestling, sometimes known as AEW, is a promotion for American professional wrestling that is headquartered in Jacksonville, Florida. After WWE, it is widely regarded as the most important wrestling promotion in the United States. Shahid Khan and his son Tony formed AEW in 2019, and they are the firm’s owners. In-ring competitors Matt and Nick Jackson, as well as Kenny Omega, all serve as company executives.

TIAA Bank Field, which is also the home stadium of the National Football League’s Jacksonville Jaguars, which is another franchise owned by Shahid Khan, is where the company’s headquarters can be found.

In addition, it also has two shows that are only available on YouTube: AEW Dark and AEW Dark: Elevation. According to CBS Sports, AEW is “the first organization with significant financial backing to take a crack at starting to compete with WWE on a serious level in almost two decades.” Read ahead to know more.

Yes, AEW is scripted for entertainment purposes. It’s not real at all. AEW is just another corporation that competes with the WWE in the wrestling industry. It involves genuine action that has been pre-written and is mostly meant for entertainment reasons. In actuality, watching two people fight each other in real life isn’t really fascinating. Acting is not always risk-free. They are trained athletes that compete professionally; therefore, they occasionally risk suffering life-threatening wounds.

Professional wrestling is a completely predetermined sport. But in AEW, the promo lines for the wrestlers aren’t actually written down for them to utter. WWE is quite stringent about the wrestlers saying precisely what the writers have outlined for them to say. AEW provides its employees additional freedom to create their own promotional material. Additionally, in the WWE, Vince McMahon and other top officials may occasionally literally plan out the big spots in a match or reject other ideas the workers had (for reasons unrelated to the plot or the usefulness or safety of the place – simply because they don’t like the location).

AEW does not dictate who should “go over” or how the match should be built up moving forward; rather, it relies on the workers who are participating in the match to decide who should compete in which locations. Sorry if you find that this is all confusing. Learn a little bit about how professional wrestling actually operates before returning to this article.

To tell you the truth, the only way for AEW to defeat WWE is if they are successful in acquiring Roman Reigns, John Cena, and Randy Orton, three of WWE’s most valuable assets. These three are the main reasons why WWE was able to make a reputation for itself in nations with some of the biggest fan bases in the globe, including China and India.

Second, AEW’s prospects of defeating WWE would be further diminished if Triple H took Vince McMahon’s position. HHH is a very excellent creative director—better than Vince McMahon, in my opinion—and if you disagree, check out NXT, which is home to some of the best wrestlers in the industry along with some of the best tournaments in WWE, or perhaps sports and entertainment history. Additionally, it has been noted that working for HHH as opposed to Vince makes employees more content in their jobs.

How Are WWE And AEW Different?

The main distinction between the two enterprises is likely that the WWE is an entertainment company, whereas the AEW is a professional wrestling organization. Although the AEW is relatively young in the wrestling business, it has shown itself to be a formidable force in recent years. They had a weekly program called Dynamite that was considerably more well-liked than the WWE’s Raw and Smackdown. Some of the most significant distinctions between AEW and WWE are listed below.

1. The AEW Is Much More Dangerous

The AEW frequently features blood, and the company is relying on this to win back dedicated followers who grew up seeing wrestlers get ripped apart. Compared to the WWE, which is now relatively family-friendly, the AEW boasts a more aggressive style of wrestling.

WWE stars can need to spend weeks or even months away from friends and family as part of their work schedule, making it more difficult for performers to balance home and professional life. AEW wrestlers only work a maximum of two shows in a week, with the exception of quarterly pay-per-views where they are required to put in a bit more labour, which, if you ask me, is a lot more manageable than doing a lot more than that.

When compared to the WWE, the AEW takes a more laid-back approach to the storylines that are running on the show. Wrestlers in the AEW are permitted to contribute their own ideas to prospective storylines, giving the promotion a more organic feel. Because of this, the wrestlers are given the freedom to come up with unique strategies throughout their matches, which in turn has contributed to the general inventiveness of the event.

The storylines in AEW are significantly more driven by the wrestlers than those in WWE, and despite the fact that this has received a lot of criticism, it appears to be working out well for AEW so far.

4. The WWE Has Existed For A Longer Period Of Time

Since it first began in or around 1915, the WWE has a long and illustrious history. The AEW is still in its infancy, having only started operations on January 1, 2019, making it one of the more recent organizations.

5. There Are More Players In The WWE

In spite of the fact that it is growing and expanding, AEW’s roster is still considered to be somewhat restricted in comparison to that of WWE. Every week, the WWE is supported by what can only be described as an army of wrestlers, both male and female.

For special appearances, the AEW frequently invites independent celebrities, and it has also brought in wrestlers from rival organizations like the NWA. The AEW has also been known to trade wrestlers with other promotions, such as Lucha Libre AAA, so they can display more wrestlers from those organizations and also take the plunge for outsiders who would fit in well with the AEW.

Also Read: Here’s The List Of AEW Wrestlers From WWE!

When compared to WWE, AEW has a significantly smaller amount of TV time; this difference has a number of implications, some of which are favourable while others are detrimental. When there is less time spent watching television, there is a reduced risk of the market becoming oversaturated. The AEW, however, has less opportunity to create new characters as a result of the decreased TV time.

What Opinion Does The WWE Have of AEW?

When WWE previously competed with another company in the wrestling entertainment sector, it sparked a protracted feud that was finally resolved when WWE acquired WCW. Even if a lot of WWE talent is switching sides to AEW, the WWE has little to worry about because the company has been around for so long. Although it’s off to a solid start, it must keep its present team if it hopes to remain afloat.

According to a 2019 claim from Complex, WWE gave artists raises of at least $100,000. This has occasionally benefited WWE, but other times, like with Scott Dawson and Dash Wilder, they declined the offer. Members of AEW have told Post Wrestling that they don’t want to compete with WWE, although not all of them may feel that way. In either case, it seems like wrestling will have lots of opportunities in the future.

AEW has partnerships with numerous events all over the world. Early in 2019, AEW signed two collaboration agreements with the Chinese Oriental Wrestling Entertainment (OWE) and Mexican Lucha Libre AAA Worldwide (AAA) promotions. By the end of 2020 and the beginning of 2021, AEW had partnered with various wrestling events.

At DDT Pro-Judgement Wrestling on March 20, 2022, AEW revealed that it had partnered with both DDT and TJPW. As a result, wrestlers from both organizations would feature on AEW programming. Even though it has relationships with New Japan Pro-Wrestling (NJPW), DDT Pro-Wrestling (DDT), Tokyo Joshi Pro Wrestling (TJPW), and Lucha Libre AAA Worldwide from Mexico, AEW signs most of its talent to exclusive contracts, which means that talent can only appear or perform on AEW programming and events.

This is despite the fact that AEW signs most of its talent to exclusive contracts (AAA). Additionally, wrestlers and other celebrities from various promotions might occasionally appear at AEW events.

In this article:AEW Scripting, Is AEW Scripted