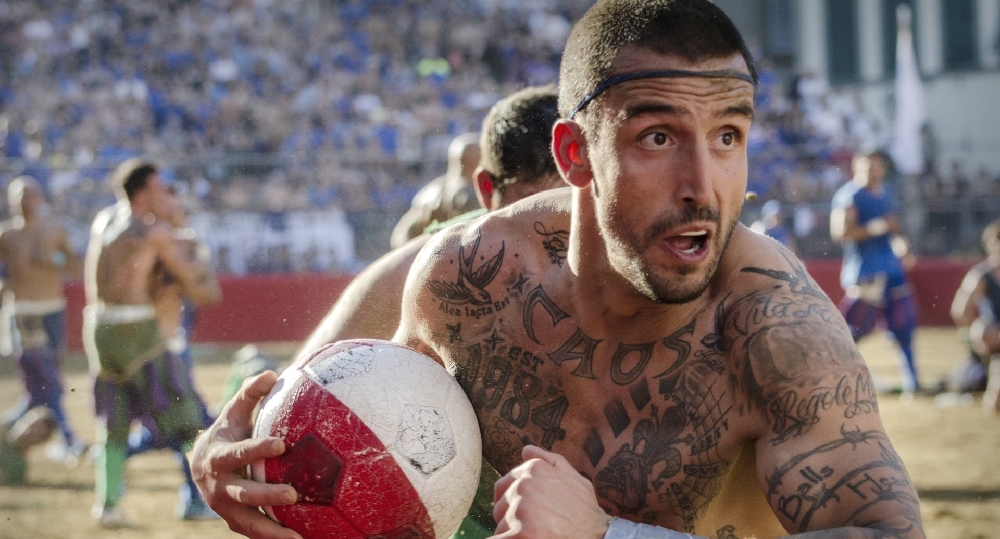 One of the most enjoyable things to do in Florence during the month of June is to watch the Calcio Storico semi-final games or the final match, which takes place on June 24. This is one of the reasons why June is one of the greatest months to visit Florence. Calcio Storico is a historical version of soccer, rugby, and big-time wrestling that started in Florence in the 16th century and is still played today in historical attire. It’s an early and extremely violent type of football, as the name implies. It was several famous centuries ago under the name giuoco del calcio fiorentino (Florentine kicking game).

Since this game was first played centuries ago, many people are perplexed and curious to know whether it is still being played now or not. So, in this post, we’ll mostly discuss whether or not “Calcio Storico Is Still Played” around the world. But, before we get into “Is Calcio Storico Still Played,” let’s take a look at the sport in general. Well, Calcio Storico, the world’s most brutal sport, was created in the 16th century in Florence. The event takes place in the city square and is very local.

Calcio Storico is a tribute to Fiorentino’s past and a celebration of Florence pride. The Italian terms “Calcio Storico” literally mean “historical football” in English. This is, however, much more than a standard football game. This is adrenaline-fueled, action-packed combat in which the most goals are scored at the expense of the regulations. This high-intensity activity is now commonly compared to a mix of rugby, soccer, and wrestling. Even with contemporary rules, it escalates to a violent state very rapidly; therefore, you can only picture how things were in the Middle Ages. Anyone can play this game, from a technician at a pharmaceutical business to a security guard. As a result, this sport is extremely violent, aggressive, and a little perplexing to witness – but undeniably thrilling. So, let’s take a deeper look at the historical game of Calcio Storico and some of the facts surrounding it.

Is this ancient game still played today, given how dangerous and vicious it can be? Yes, it’s a resounding yes. It’s one of Florence’s most cherished traditions, attracting tens of thousands of visitors each year. Calcio Fiorentino’s popularity decreased in the latter half of the 17th century, almost entirely disappearing. However, Benito Mussolini, an unexpected figure in history, had brought it back to life. The game became well-known throughout the Kingdom of Italy after that. The city’s enthusiasm for this peculiar form of football, which was played in Piazza Santa Croce, grew. It eventually developed into the cultural event that it is now.

Since then, the 500-year-old violent ritual has taken place every June in the beautiful city of Florence. The Calcio Storico tournament is currently an annual event. In Florence, there are three games in which four teams compete for their district. On sandy ground, 54 men compete for a ball, 27 on each side. After a year with no tournament and another with only one game when only a select public was admitted, the Calcio Storico games were once again held with an in-person public in 2022. Due to the pandemic, however, no fans attended the Calcio Storico games in 2020 and 2021. As a result, the game was not exclusively played in these years. However, the event is back in full force this year, much to the delight of the community.

Also Read: What Is A Gurning Contest? List Of Competitions!

This historic football game takes place in early June, with two semi-finals taking place on weekends and the final taking place on June 24. The final game is always accompanied by celebrations, as the 24th of June is the feast day of San Giovanni, who is Florence’s patron saint. The year’s finale match will take place on June 24, 2022. Additionally, the organizers have attempted to keep the event local by only selling tickets in person at the box office. This year, everyone can watch the Calcio Storico games live online (pay-per-view) or on television (locally on Toscana TV, channel 18). Indiana Production gained the international rights to stream and developed documentaries and other videos for a global audience. Don’t worry if you don’t acquire a ticket; the games are always shown on local television.

How To Play The Game Calcio Storico?

The game is played on a rectangular field that is nearly twice as wide as it is long. A white line divides it into two identical squares in the center, with goal nets at each end. It is also covered in sand, which makes it difficult to make quick motions. The purpose of the game is to get the ball into the opponent’s goal and score the maximum points. The teams, each with 27 members, have 50 minutes to complete the task without making any player replacements. Although injuries are common, substitutions of players are not permitted.

Four goalkeepers, five midfielders, three fullbacks, and 15 forwards make up each squad. To maintain the game’s integrity, there is also a referee and six linesmen on the field. The regulations are practically non-existent outside of these limitations. Even though there is a comprehensive list of rules aimed at reducing injuries to a minimum and a revised version of the original version written by a Renaissance count, things can get very violent because players are allowed to use their hands and feet as well as techniques such as tripping and tackling. For instance, while many different fighting styles, including martial arts, are permitted, it is not acceptable for multiple players to attack the same opponent at the same time. This rule applies even when multiple fighting styles are permitted.

Also Read: How Do Conkers Fight? What Is A Conker?

The game begins when the beginning whistle blows and the ball is thrown into the field for the first time. Chaos ensues at this point. To get the ball into the opposing team’s goal, the players can use any means they want, including their hands and feet. The forwards battle with each other as soon as the whistle blows to cripple the opposing team’s defence. Once one team has accomplished this, they can obtain possession of the ball and score a goal by whatever means required. The teams flip sides after each goal is scored. At the end of the game, the team who has accumulated the most points is declared the winner. When the historical game of Calcio Storico was initially developed, the victorious team earned a pure-bred cow. But now adays, the winning team often receives a complimentary meal.

Who Can Take Part In The Game Calcio Storico?

The Florentine Calcio Storico features four teams, each representing a distinct section of the city. The names of the four teams are as follows: Santa Croce (Azzurri or Blues), Santo Spirito (Bianchi or Whites), Santa Maria Novella (Rossi or Reds), and San Giovanni (Verdi, or Greens). The four teams representing the city’s historical neighbourhoods compete against one another in two semi-finals and a final match to determine the winner.

The semi-finals are held early in the month of June, with the pairings being selected by drawing coloured balls on Easter Sunday, and the finals are held on the 24th of June, which is the feast day of John the Baptist, who is Florence’s patron saint. Because of a rule change that took effect in 2014, participation in the event is now restricted to individuals who were either born in Florence or who have maintained a residence in the region for at least ten years. These rule changes were also intended to reduce the amount of physical conflict by doing things like prohibiting head-to-head confrontations.

Also Read: Is Kabaddi In The Commonwealth Games?

Origin Of The Game Calcio Storico:

Calcio Storico is thought to have started in Piazza Santa Croce in 16th-century Florence. It’s usually assumed that it was a modern take on the ancient Roman sport harpastum, but with a twist. The earliest set of rules was written in 1580 by count Giovanni de Bardi and was originally only played by affluent aristocrats, including several popes. It is evident from looking back on history that members of the nobility were capable of getting their hands filthy alongside the best of them. It’s perhaps not surprising that they came up with something so brutal and bloody. They couldn’t keep it a secret for long, though. Calcio Storico swiftly gained popularity, and for the next century, it was extensively played across Florence. Matches between ordinary individuals who appreciated the fast-paced game popped up on a regular basis.

Is Calcio Storico a Dangerous Game?

Yes, it is a risky game. Though there have been no deaths in recent times due to the game, there have been multiple examples of players being hospitalised for months at a time. However, several players died during games of Calcio Storico in ancient times, though we don’t know how many. However, no one has ever died while playing the game in modern times. Yet, several players have been admitted to hospitals as a result of injuries incurred during play. After a Calcio Storico Fiorentino game, one player had his spleen removed. As a result, precautions have been taken to protect the safety of players today. A no-choking rule has been implemented by the league. A group of individuals cannot attack a single player.

Specific martial techniques are also prohibited, and convicted criminals are not permitted to play. Despite the fact that these measures are currently in place, they do not always prevent harmful situations from arising. After a huge brawl in 2007, 50 gamers were arrested and the game was banned for a year. Thus, Calcio Storico is swiftly gaining reputation all around the world, and it’s not hard to figure out why that is. One of the most thrilling cultural traditions on the planet is this distinctive and intense sport. It was even the subject of a Netflix documentary that aired recently. If your interest has been peaked, travel to Florence during the tournament to see it for yourself.

Also Read: Sports That Are Not Included In Olympics And Why?