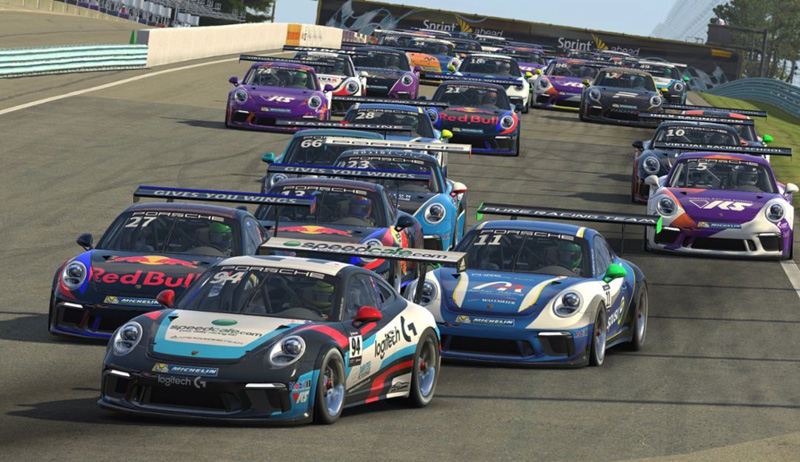 Do you want to go racing? Every child who has grown up watching Formula 1 or any other four-wheeled type of racing has secretly wished to stop watching and go behind the wheel of the car in question. But, even as we grew up and secretly wished to climb into an Adrian Newey-built, Rory Byrne-engineered race car and try our hand at conquering the tunnel at Monaco, we felt it was possibly one step too far for us. If you want to be a racer, you need to learn how to do it properly.

Get Your Basics Right With Go-carting

There is absolutely no way around it. We’ve met a number of potential racers who appear to dismiss the idea of karting. “What are these piddly little things?” they mock. Here’s a warning for all of you: karting will make you a better driver no matter what. There isn’t a single F1 driver in the current crop who didn’t begin his motorsport career in a go-kart. Karting is the finest method to learn racing lines because you can’t be much of a racecar driver if you don’t get your lines perfect. Karting also offers you a sense of the degree of athleticism required to become a racer, since it can be taxing on the muscles, ribs, and bones. We propose that you participate in a karting program run by a reputable karting training center, perfect your talents there, go through the different stages of instruction, get things right, and then move on.

Akbar Ebrahim, one of India’s most accomplished racers and a highly regarded driver trainer, runs Meco Motorsports. Karting training classes are held on a fairly regular basis at the Kartainment Track in Hyderabad, as well as at the Kari Motor Speedway in Coimbatore, and it’s a fantastic location to learn the basics. Visit www.mecomotorsports.com for further information, such as the cost of training sessions and training timetables.

Rayomand Banajee, a multiple national karting and racing champion, runs Rayo Racing. Rayo Racing mostly organizes karting training programs in Pune, and it is a wonderful place to master the fundamentals of karting. More information may be found at www.rayoracing.com.

Another promising karting institution is Indian Karting, which is situated in Bangalore. We have yet to see them in action or attend a karting program that they have done, but we do know that they are currently fielding a squad of drivers in the National Karting Championship, and it may be worth your time to consider them, particularly if you are situated in Bangalore. More information may be found at www.indiankarting.com.

ALSO READ: How To Become An MMA Fighter? Read To Know!

If you are eight years old, you are eligible to obtain an FMSCI karting license. Minors must have signed consent from their parents as well as picture ID evidence from the parent in order to apply for an FMSCI license. However, you must be 15 years old to obtain a Grade C license to race vehicles. Fill out the FMSCI form, attach a copy of your driver’s license, and get the medical form verified by a doctor, and you’re all set. If you are under the age of 18, you will need an FMSCI member club to certify that you have the necessary skill level to operate a car on the racetrack.

Getting Competitive: The National Karting Championship

You might want to try racing a go-kart now that you know how to drive a proper two-stroke kart. You’ll know exactly how to operate the machine at this point, and it’ll be an excellent opportunity to practice your racing talents. Karting races may be quite tiring. Doing 15 laps or so on a rough course in the heat while fully geared out is a lot more difficult than it seems.

Furthermore, you will have competitors attempting to pass you and will need to correctly defend your racing line. Your position will be lost if you make a mistake. Another advantage of competitive karting is that you will learn the fundamental laws and regulations that govern four-wheeler racing all over the world. As an example, consider the numerous flags involved in a race. You’ll also learn basic racing etiquette and trackside manners, so you’ll be ready to go.

You can begin by racing in the Rookie Cup, which takes place soon before the karting season begins. If you enjoy racing and believe you have what it takes to compete in the National Karting Championship, you may test a full season of racing!

First Gear: Starting out in Cars

Many people who have advanced from karting are now certain that they want to race in single-seaters. You have a handful of possibilities in India that you may test out, some of which aren’t too pricey. The Formula LGB Swifts and Formula LGB 4 vehicles are now available for racing in India. Both are powered by 1.3-litre Swift engines and do not have wings. Most racers in most nations progress from two-stroke karting to a wings and slicks racecar.

In India, though, practically all karting grads try their hand at this before going on to a larger vehicle. The choice is yours, and it is heavily influenced by your skill level and commitment to motorsport. If you’ve decided that you want to compete for fun rather than to become the next Michael Schumacher, then this is the place to be. We would urge that you perform a round of training in a Formula vehicle before committing to a full season of competitive racing. Meco Motorsports and Dark Don Racing both conduct such workshops.

You may also progress from karting to a genuine wings and slicks vehicle, with the Formula FB02 (previously known as the Formula BMW) and the FF1600s now available in India. If you do not progress from karting, you can compete in it after a season in LGB Swifts and Formula LGB4 cars. Once you’ve completed this, and if you’ve proven to be a race and championship winner, there’s a strong possibility you’ll be able to make it abroad. The route to the top will be difficult, but you will have the racing credentials and talent to compete in an international spec racing series.

To be very honest, we don’t believe the ITC and IJTC are good stepping stones for a future in international motorsport. In India, you have two more alternatives if you wish to be a touring car racer. The Toyota Etios Motor Racing Cup and the Volkswagen Polo R Cup are two of the most popular racing series in the world. In India, the Volkswagen Polo Cup has been since 2010, and the EMR has existed since 2012. What exactly is the mechanism behind these?

You can register online, attend the driver selection procedure, pay a charge, and drive in both circumstances. The automobiles will be delivered to you fully equipped. If you want to avoid the myriad logistical headaches that come with having your own racecar, this is a smart option. What’s even better is that you’ll be coached by some of the country’s top motorsport minds. There’s more: if you win one of these series, you can advance to international racing. This isn’t a poor choice at all.