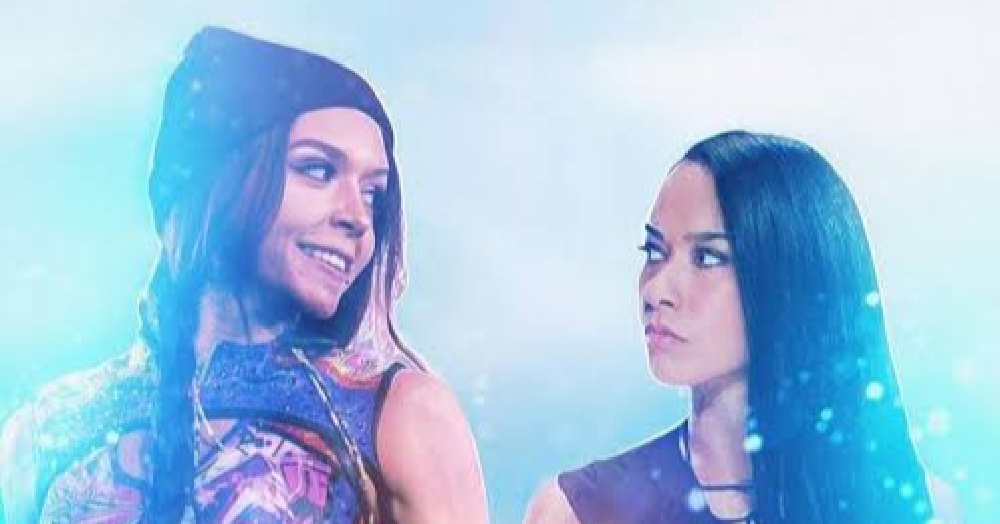 “Is Cora Jade Related To Aj Lee?” Well, the instability of the seemingly extinct tag team titles may be causing problems for the WWE women’s division. Additionally, there is a great deal of potential to be discovered in the rising stars of the future. No woman has more followers than Cora Jade, who is often compared to AJ Lee, who ruled the WWE women’s division ten years ago. Due to this fact, a significant number of WWE fans are interested in knowing the answer to the question, “Is Cora Jade Related to Aj Lee?” Continue reading to learn about it.

1. AJ Lee And Cora Jade Have A Very Similar And Complementary Style

Fans were captivated by AJ Lee’s enthusiasm for wrestling when she made her debut on the NXT competitive show era in 2010. She was the smallest participant at only 5’2″ and 115 pounds, but she made up for it with her heart. Although she wasn’t larger than anyone else, she desired it more than everybody else. It was therefore not surprising that WWE still had faith in her despite the fact that she lost the competition. Lee made her main roster debut in 2011. Her insane persona, her storylines with Daniel Bryan, John Cena, and her husband CM Punk, as well as her Divas championship reigns that helped usher in the Women’s Revolution, were the most significant aspects of her four-year career in WWE.

Lee was unique because of her fashion sense. She didn’t have a wrestler’s appearance or attire. She wore a cutoff t-shirt, denim shorts, and Chuck Taylor tennis shoes, giving the impression that she was a cool fan who had gotten lucky and found herself at the best gig ever.

Ten years later, many people still compare Cora Jade to AJ purely based on appearance. While Cora is a bit taller than AJ Lee, they both share the same slim frame and long, dark hair. She dresses in a manner that is somewhat analogous to that of AJ Lee. Despite not wearing denim, you can frequently spot her wearing Chuck Taylor-style shoes and carrying a skateboard. She also frequently enters the ring wearing a beanie cap. Cora makes us feel like she’s one of us, a fan who hit it big, just like AJ Lee did. Actually, she is.

2. Both AJ Lee And Cora Jade Met Their Idols When They Were Young

Growing up, AJ Lee was reportedly a huge fan of WWE, which has been mentioned quite a few times in various articles published over the years. She can be seen crying and staring in wonder at Lita in a well-known video taken at an autograph session. It’s unfortunate that the two were never able to share the ring. The story of how Cora Jade became a young fan of WWE is strikingly similar. It was demonstrated by a picture of a young Jade having her picture taken with Natalya. Cora Jade, who recently engaged in an NXT feud with Natalya, had the good fortune to wrestle in the same ring as the wrestler she admired, unlike AJ Lee.

3. AJ Lee And Cora Jade Both Have Similar Fan Bases

There are numerous other similarities that can be seen between the two. Jade is originally from Chicago, and it should come as no surprise that AJ currently resides there because of her spouse. In addition, both are adored by their supporters for being passionate outsiders who succeeded when perhaps they shouldn’t have. It wasn’t necessary for AJ Lee to become well-known. She didn’t have much experience competing in wrestling.

When NXT debuted, she was viewed as a failure, and she didn’t even make it through that. In her era, women’s wrestling had some extremely embarrassing beginnings and was an afterthought. She was too little and too ordinary in a world full of blondes and larger beauties like Beth Phoenix. Lee rose to the top, nevertheless, because of her talent and tenacity. She became the most well-liked woman of her day thanks to her portrayal of the average woman.

ALSO READ: Is Io Shirai Related To Asuka? The Answer Might Shock You!

The exact same thing could be stated of Cora Jade. Although Jade has some prior experience from her brief stints with AEW and Impact Wrestling, she is still a rookie. Mandy Rose is a well-known military veteran and a model of physical fitness. Powerful newcomer Nikkita Lyons is on the rise. Io Shirai has achieved everything in NXT. But if you ask most people who the future is, they’ll all mention Cora Jade. She is only twenty-one years old. Therefore she has plenty of time to dominate the competition in the women’s division. It seems like it will all be hers one day, just like with AJ Lee.

Who Is Cora Jade?

Brianna Coda is a famous female professional wrestler from the United States who was born on January 14, 2001. She is presently signed to WWE and competes on the NXT roster as Cora Jade. She and Roxanne Perez are the reigning NXT Women’s Tag Team Champions. Before she signed with WWE, she wrestled on the independent circuit under the ring name Elayna Black.

She also made appearances in All Elite Wrestling (AEW) and Impact Wrestling before she signed with WWE. Coda admitted in an interview that she finished her coursework earlier so she could concentrate on her wrestling training. She once dated Storm Grayson and Blake Christian, both professional wrestlers.

Coda was initially coached by Bryce Benjamin and Isaias Velazquez at the Freelance Wrestling Academy. Coda became the 2019 Zen Of Women’s Athletics Tournament Champion on July 11, 2019, the day she won her first competition while participating in ZOWA Live. Also, Jade participated in a four-way match on August 15 in Zelo Pro Wrestling for the vacant Zelo Pro Women’s Championship. On the October 13 edition of Dark, losing to Red Velvet, Black made his debut for All Elite Wrestling (AEW). She made a comeback the following month on the Dark episode airing on November 3. She teamed up with Leyla Hirsch in a tag match, but they fell to Brandi Rhodes and Red Velvet’s team.

Coda signed a contract with WWE on January 20, 2021, and it was revealed that she would compete on the NXT brand. Under the ring name Cora Jade, she made her television debut on the January 22 episode of 205 Live. There, she competed in the 2021 Women’s Dusty Rhodes Tag Team Classic alongside Gigi Dolin, but they were defeated by Candice LeRae and Indi Hartwell. She was then given a chance to compete for the NXT Women’s Championship two weeks later at New Year’s Evil in a triple threat match with champion Mandy Rose and González, but she was again unsuccessful.

Also Read: Is Wendy Choo Married? Who Is Her Boyfriend?

Who Is AJ Lee?

Her father, Robert Mendez, was an automotive engineer, and her mother, Janet Acevedo, was a housewife who subsequently worked as a home health aide. She is of Puerto Rican heritage and the youngest of three kids. Mendez mentioned that her family dealt with issues such as poverty, mental illness, and substance abuse when she recalled her youth. When they couldn’t afford rent, they occasionally lived in motels or their cars and regularly changed apartments.

Around the age of 20, Mendez was given a diagnosis of bipolar disorder, which was a condition that had previously been identified in her mother. She had previously taken too many painkillers and antidepressants after receiving a false diagnosis of depression, which had had negative effects. Lee views this incident as a failed suicide attempt, which prompted her to get the right diagnosis and therapy. She believes that her situation gave her the courage to accomplish her goals.

In 2007, Mendez started her career as a professional wrestler on an independent circuit in the state of New Jersey. Before being promoted to the main roster, she spent two years in Florida Championship Wrestling, the company’s developmental division, after signing a contract with WWE in 2009.