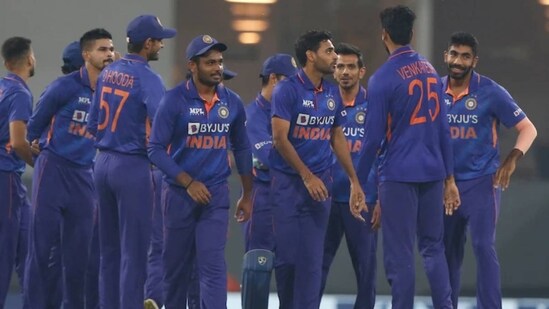 Is Indian Cricket Team Overrated? Before we delve into this topic any further, let’s get a basic understanding of the sport of cricket played in India. Well, Cricket, which is often considered to be the most popular sport in India, can be seen being played in virtually every location across the nation. The Board of Control for Cricket in India (BCCI) is the organization in charge of overseeing cricket in India. It organizes all domestic competitions and chooses the players for both the men’s and women’s national teams.

The Ranji Trophy, the Duleep Trophy, the Vijay Hazare Trophy, the Deodhar Trophy, the Irani Trophy, and the NKP Salve Challenger Trophy are domestic competitions in India. The Indian Premier League is one of the world’s largest sporting leagues and the largest cricketing league. It is a Twenty20 event in which different city franchises compete in a manner akin to club football.

In contrast to other countries’ cricketing teams, such as England, which travel to different countries during the winter and play matches at home during the summer, international cricket in India does not adhere to a set pattern. The Indian cricket team is consistently ranked among the most successful teams in the sport’s history.

Top cricketers like Sachin Tendulkar, Virat Kohli, MS Dhoni, and Rohit Sharma frequently achieve superstar status and are some of the most significant individuals in the nation. Cricket is a significant part of Indian culture. The Indian and Pakistani teams have a long-standing rivalry, making India-Pakistan matches some of the most eagerly awaited and widely viewed television broadcasts in the world. Therefore, to find out if the Indian cricket team is overrated, keep reading this article.

Well, yes, the Indian Cricket Team is overrated. Overrated above what it ought to be in comparison. The Indian subcontinent is completely dominated by cricket. It would be impossible to tell the full story of India without discussing cricket. It’s not simply a sport; there’s a lot of history and culture behind it as well. Additionally, you may find 95% of Indians in the stadium for every game the Indian team plays abroad, and occasionally it even reaches 100%.

People praised it so highly that they forgot that there are other games besides cricket. As a direct consequence of this, India is unable to even qualify to compete in the world cup for football, to say nothing of other sports. We are simply explaining the reasons why cricket is overrated in INDIA. We are not against cricket. In addition, although cricket is the country’s most popular sport, India excels at other sports as well, such as badminton.

Has Cricket Overshadowed Other Sports In India?

Absolutely not, as nobody was forced to play cricket. India’s sporting community carved out a place for itself. Furthermore, this did not occur overnight. In India, hockey was the most popular sport, but the Indian hockey team’s struggles to win medals and India’s unexpected victory in the 1983 Cricket World Cup earned the cricket team international respect. Since 1983, there has been a great deal of pride in relation to cricket. After that, the players who represented our cricket team in the world never allowed the excitement to fade.

In addition to cricket, India has been responsible for the production of some notable athletes in a variety of other sports; yet, the country’s reception of these sports and its provision of facilities for them have been relatively indifferent. The excitement for shooting increased rapidly after Abhinav Bindra won an Olympic medal in the sport, but it soon died down and was forgotten. Therefore, the excessive attention paid to cricket has stifled the development and popularity of other sports, which has resulted in inadequate infrastructure. The performance of the competitors at important international athletic events like the Olympics is consequently being impacted by this.

Why Is The Indian Cricket Team So Overrated?

The Indian Cricket Team Is Overrated for a Number of Different Reasons, and They Need to Be Viewed in a Different Way. The factors which lead to this are discussed below:

The overall public’s perception of cricket is generally quite favourable. A very broad illustration of this would be the way in which prospective athletes in India are urged to participate in cricket rather than the sport of their choice. Compared to other sports, cricket in India offers far higher job chances. In India, the IPL and World Cup seasons are celebrated as festivals.

The BCCI is an effective, wealthy, well-organized, and systematic council that oversees cricket in India. Over the years, the BCCI has made a number of helpful moves to safeguard and advance India’s cricketing interests. It has done a great job of solidifying its position as the leading cricket organization around the globe.

Also Read: Is IPL A Real Cricket? Here’s The Answer!

On the other side, when it comes to operating, governing bodies like AIFF, HI, IHF, etc., are incredibly unorganized and haphazard and are frequently preoccupied with internal issues. If compared to the BCCI, their financial frameworks are similarly incredibly poor. Cricket became the most widely-followed sport in the nation because of a large following.

The BCCI started the IPL after India won the first T20 World Cup. The T20 league is currently the most prestigious domestic event in the world, and it is cherished throughout India. Since its introduction with the highest standards, the sport has been extremely popular. Many of the most famous Bollywood celebrities attend the game to cheer on their favourite team and to enjoy the day. It is stated that Bollywood plans its release calendar around cricket since they are aware that if they collide on two dates together, their films will be overshadowed by the excitement that surrounds the country’s most popular sport. The IPL has expanded its playing fields throughout India, which has allowed the league to grow year after year.

The success of the Indian cricket team during global competitions hosted by the ICC is the last of the reasons why the Indian cricket team is overrated. The Cricket World Cup victories in 1983 and 2011 are memorable occasions for the community. Indians want to experience the same success once more, this time with even more unforgettable events. In 2007, India also succeeded in claiming the T20 World Cup as their own. India appears to return with even better form and zeal after each victory. Is it not true that sports are usually about entertainment. That is precisely what you can expect each and every time you see the Indian cricket team play.

Hardik Pandya is one of the numerous young athletes that have gained popularity thanks to the IPL. In 2016, the selectors gave him some attention due to his accurate bowling and hard-hitting batting abilities. He has since made significant contributions across all platforms. But it appears that his peak moment has passed. He is slowly fading, in part because of his wounds and actions. Hardik hasn’t contributed any notable numbers in the last two years, but he still receives preference over other talented players. He is currently viewed as being overrated by many fans. The management of his workload has grown to be a major challenge for Indian cricket administrators.

In 2010 Umesh Yadav made his ODI debut, and in 2011 he made his Test debut. He was chosen as a regular fast bowler in the national team due to the dearth of true pacers in the group. His ferocious pace drew everyone in. But because of his contradictions, he is generally regarded as being overrated. His averages in Test and ODI matches are higher than 30, which is not ideal for bowlers with his calibre of skill. He must undoubtedly perform consistently and without any breaks due to injuries. In that case, he runs the risk of being replaced and forgotten very quickly.

When Yusuf Pathan joined the Indian team for the T20 World Cup 2007 championship match, he was a delighted hard-hitting batsman and a useful part-time spinner. His younger brother had already made a name for himself by that point. He gained notoriety thanks to his 96-ball, 123-run performance against New Zealand. He considerably improved things while maintaining the middle order. But with time, his optimistic start started to lose its luster. It is challenging to argue that he is overrated, but his statistics and performances do just that. In comparison to the IPL, his influence on international cricket was significantly less.

More About The Sport Cricket

The country of India is home to a large number of cricket stadiums that meet international standards. The third-biggest cricket stadium in the world, Eden Gardens of Kolkata, is located in West Bengal. The largest stadium in the world, Narendra Modi Stadium, is located in India. The domestic cricket regulating bodies, including the Mumbai Cricket Association and the Maharashtra Cricket Association, respectively, supervise tournaments and other associated activities in Mumbai and Maharashtra.

Each state in India has a domestic cricket board that oversees the sport there. There is a cricket board in Vidharbha, Saurashtra, the former Princely State of Vadodara, Hyderabad, and the Union Territories of Pondicherry and Chandigarh, respectively. The BCCI is linked with the domestic boards. District cricket boards in the nation are associated with state boards, though. There are many private cricket clubs and academies throughout the nation. In Jaipur, the third-largest cricket stadium in the world is being built. Fast ballers can use the facilities provided by MRF Pace Foundation.