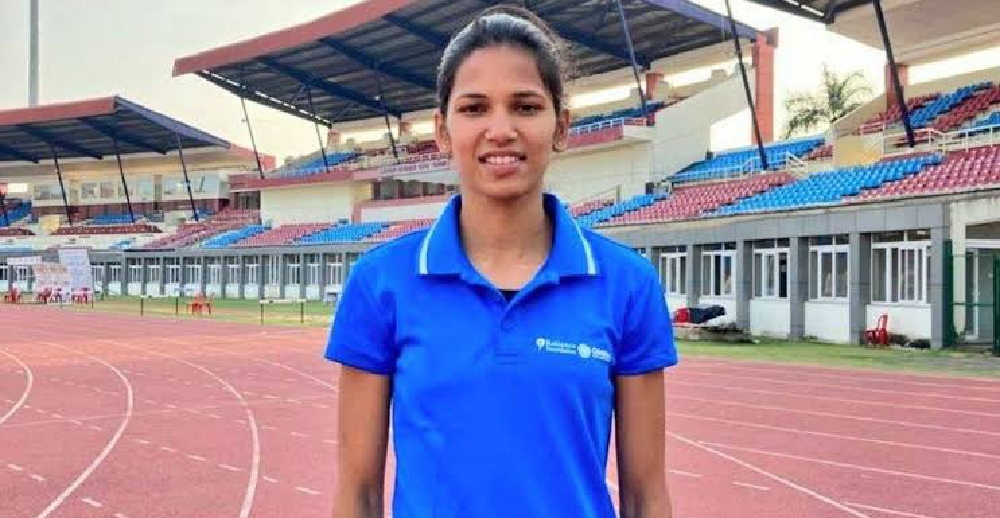 Jyothi has dominated both the domestic as well as international tournaments. It is only a matter of time before we realize her true potential. She was coached under the coach of England James Hillier and has achieved some impressive results, including raising her national record in three successive European tournaments. Read on to know more about Jyothi Yarraji’s relationship status.

Jyoti is not married, nor is she dating anyone, and we don’t have much information about her past relationship and engagement. She is single and enjoys her life with her family and friends.

Jyothi Yarraji first came into the limelight in 2015 after winning a gold medal at a district meeting in Andhra Pradesh. She then moved to the SAI Center in Hyderabad to train under coach N Ramesh, an Olympic Prize winner and Dronacharya. Jyothi then moved to the Odisha Athletics High-Performance Center in Bhubaneswar in 2019, where she met England coach James Hillier. Jyothi Yarraji had also won the gold medal at the Khelo India University Games in her career.

In January 2020, she won gold at the All India Intercollegiate Athletics meeting by 13.03 seconds, also setting a national record. Unfortunately, this could not be confirmed in the official record books as the National Anti-Doping Agency (NADA) had not tested her ahead of the Championships, nor was there any Technical Delegate from the Indian Athletics Association (AFI) in attendance at the event. At the Federation Cup in Kozhikode, she set another national record of 13.09 seconds but was again denied her official mark for running with the help of the wind.

Devastated but determined, she came back strong, making her international debut at the Cyprus International Athletics Meeting on 10 May 2022 in Limassol. Finally, with a time of 13.23 seconds, Jyothi Yarraji broke the old record of 13.38 seconds set by Anuradha Biswal in 2002 for the women’s 100m hurdles. In May, Jyothi won the gold medal with a time of 13.11 seconds at the Loughborough International in Great Britain, and just after four days, Jyothi Yarraji clocked in 13.04 seconds at the Harry Schulting Games, which was held in the Netherlands.

Jyoti is currently training under Joseph Hillier at the Reliance Foundation Odisha Athletic High-Performance Center in Bhubaneswar. After qualifying by a few points for this year’s Commonwealth Games, the Indian hurdler is looking back on her victory in her first major championship event.

She stated in an interview that she was not nervous about attending the Commonwealth Games in Birmingham. Jyothi is very enthusiastic about taking part in the biggest competition. She said it was one step closer to her ultimate goal of winning an Olympic medal.

Jyoti Yarraji was born on 28 August 1999 in Visakhapatnam, Andhra Pradesh. Like many Indian athletes, Jyothi Yarraji also grew up with only limited resources. Her mother, Kumari, is a housemaid who works part-time as a janitor at a city hospital, and her father, Suryanarayana, is a private security guard. They earn less than Rs 18,000 per month in total.

Jyothi was always destined to be a top athlete. She is a huge fan of Usain Bolt and Neeraj Chopra. She was twice denied the national record for technical reasons. Jyothi is 5 feet 5 inches tall and weighs 58 kg. Jyothi’s eye color is black, and her hair color is black.

Get To Know About Commonwealth Games

Birmingham was announced as host on 21 December 2017, marking the third time England has hosted the Commonwealth Games after London 1934 and Manchester 2002 and the 7th British Games after London and Manchester, Cardiff 1958, Edinburgh 1970 and 1986, and Glasgow 2014 hosted. On 28th July 2022, the opening ceremony of Commonwealth Games 2022 took place in Alexander Stadium, located in Birmingham.