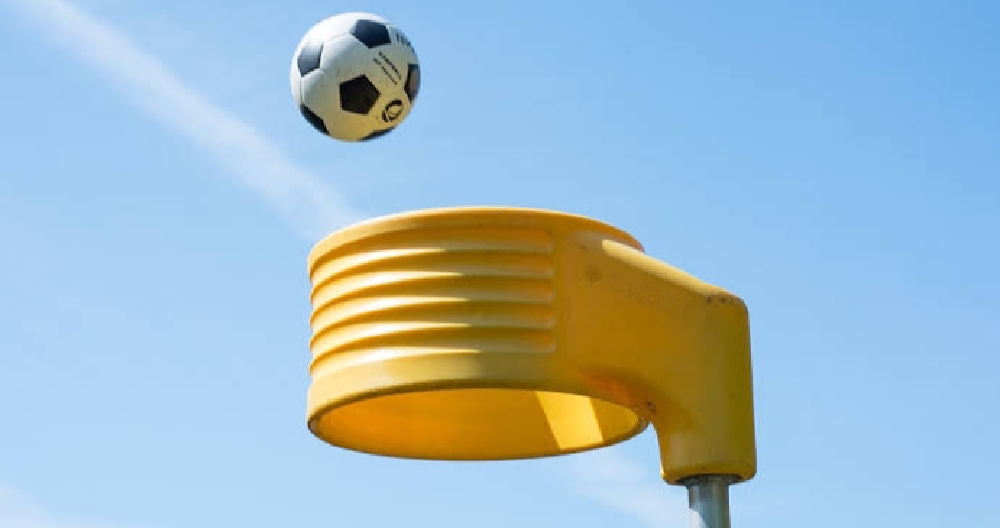 Korfball is a mixed-gender sport that is popular in over 69 nations, including the United Kingdom. It was featured as a demonstration sport in the Summer Olympics of 1920 and 1928, but it has yet to be recognized as an official Olympic sport. As a result, we shall explore “Is Korfball An Olympic Sport?” in this article. But, before we get into “Is Korfball An Olympic Sport?,” let’s have a look at the sport of Korfball. Korfball is a Dutch sport. It’s a ball sport that looks a lot like netball and basketball. It is contested by two eight-player teams, each comprising four female players and four male players. The goal is to shoot a ball into a netless basket suspended on a 3.5-meter (11.5-foot) high pole.

Nico Broekhuysen, who is a Dutch schoolteacher founded the sport in 1902. Korfball is played by around 500 clubs and over 90,000 individuals in the Netherlands. Belgium and Taiwan, as well as approximately 70 other countries, participate in the sport. Korfball is also the theme of Half Man Half Biscuit’s song “Joy in Leeuwarden (We Are Ready)” from the album 90 Bisodol (Crimond). There were a lot of controversies when the sport first started because the players were of opposite genders.

Korfball players have had accusations of immorality levelled against them on several occasions. Women’s clothing was particularly chastised since it exposed their ankles and knees. However, Alexander Martin, DMU Secretary and all-time leading scorer for the DMU Korfball team believe that encouraging gender equality in the sport will attract more females to participate. So, let’s take a closer look at Korfball and the facts related to it.

Is Korfball An Olympic Sport?

Korfball has been a trial sport at the Olympic Games but has failed to gain full Olympic status, despite being an IOC-recognized sport. It is also a sporting event at the World Games, which serves as the “Olympics” for all sports not competed in at the Olympic Games. The International Olympic Committee is in charge of organizing and governing the World Games (IOC). So, why isn’t korfball an Olympic sport? Part of the reason is that it does not match one of the Olympic criteria, which specifies that a sport must have 75 national federations and four continents for men (40/3 for women).

Korfball features only 54 players. Another reason is that the International Olympic Committee (IOC) has chosen to limit the number of athletes to 10,500 and the number of Olympic sports to 28. Baseball and softball were dropped by the International Olympic Committee two days after London won the bid to host the Games. For Rio 2016, golf and rugby sevens were introduced, while windsurfing was replaced by kitesurfing. Despite the fact that korfball was not a part of London 2012, a couple of CKC players participated. Jon Dean served as a torchbearer, and Stephanie Robinson Cutts served as an ambassador.

Objective Of The Game

The purpose of Korfball is to outscore the opposing team and win the game. This is accomplished by players working together to move the ball upfield until they are in a position to shoot the ball into their opponent’s net. Because it is a team sport, a high level of teamwork and communication, as well as a decent level of physical fitness and ball abilities, are essential for a team to be successful.

A Korfball team consists of eight players, four females and four males, or eight females. In the winter, korfball is played indoors, and in the spring and autumn, it is played outside. The court utilized should be 20m × 40m, or 30m x 60m if playing outside. A 3.5m pole should be used to support both nets. The ball must be a round number 5 type ball that has been certified by the IKF to weigh between 445g and 475g and have a circumference of between 68cm and 70.5cm in terms of equipment. Although individual leagues will almost probably need teams to wear appropriate strips and training shoes, no further equipment is required.

Korfball has a basic scoring system that contributes to the fast-paced aspect of the game. When the ball is thrown through the opposition’s net, a goal is scored. As a result, both teams are continually attempting to move the ball upfield in order to put themselves in a shooting position. If a player is ‘defended,’ he or she may not attempt to take a shot. This is when the opposing player stands between the attacker and the net and is within an arm’s reach of them.

One team wins the game of Korfball by scoring more goals than the other. If at the end of the game, both teams have scored the same amount of points, then the game is considered to be a draw. In tournaments and cup games where a winner must be declared, the winner may be selected by a shootout depending on the specific conditions of the competition. In this scenario, the team that scores the most goals is deemed to be the champion and receives the trophy.

The regulations of the game for beach korfball are slightly different from those of ordinary korfball. As the name suggests, Beach korfball is played on a beach. Each squad consists of four starters and two substitutes. The playing field is 20 meters by 10 meters, with goals set 4 meters from the end line. A match consists of two 6-minute halves separated by a 1-minute break. On the field, each team has four players: two men and two women. Substitutions can be made at any time.

A two-point goal is also awarded if a goal is scored from a 2-point zone. Free shots can be taken from either the usual Free Shot line or from the spot where the opponent made a mistake. Portugal is the current European beach korfball champion, having won the 2019 IKF Beach Korfball World Cup (Europe). In the U19 competition, Belgium was declared the winner. The first Beach Korfball club to be created in the United States is the PNW Beach Korfball club, which is based in Seattle, Washington. In 2022, they will compete for the first time in the Beach Korfball World Championships in Nador, Morocco.

In 1902, Nico Broekhuysen, a Dutch schoolteacher from Amsterdam, was sent to Nääs, Sweden, to attend an educational course on teaching children gymnastics. This is where he learned about the Swedish sport of “ringboll.” Ringboll was a sport in which players scored points by throwing the ball through a ring affixed to a 3 m pole. The field was divided into three zones, with men and women playing together. Players were unable to exit their respective zones.

Broekhuysen chose to teach a similar game to his classmates when he returned to Amsterdam. He substituted a basket for the ring so that it would be simpler to determine whether or not a player had successfully scored. Broekhuysen also modified the rules to make the game easier to learn and play for children. As a result, korfball was born. The basic concept was the same as in ringboll, but the new sport was now independent.

This practically meant that no Russian athletes would compete in any international korfball competition. Furthermore, until further notice, the Russian Korfball Federation will be ineligible to bid for the hosting of any IKF tournament, and no IKF events are planned in Russia.

READ NEXT: Is Kayaking Safe? Do They Get Flipped Easily?