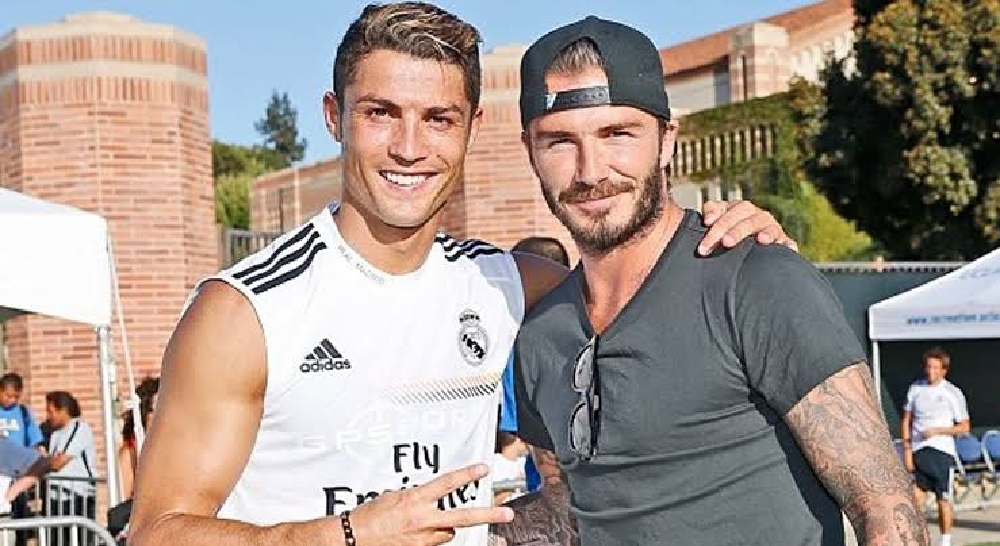 Is Ronaldo Better Than Beckham? We’ll briefly examine Ronaldo and Beckham before delving deeper into this topic that is frequently asked by people today. Cristiano Ronaldo is a professional soccer player from Portugal who currently plays for Manchester United in the Premier League. Despite being one of the more senior football players, he is regarded as one of the finest players to ever play the game and is still going strong.

Ronaldo strives to win every championship and puts in countless hours to accomplish his objectives. Ronaldo’s chances of getting commercial work were surely improved by his 102 million Twitter followers and staggering 470 million Instagram followers. People look up to Ronaldo since he is undoubtedly a lot of people’s heartthrob.

David Robert Joseph Beckham, on the other hand, was a former English professional football player. He rose to become one of the most well-known players in the world during his playing career thanks to his successful stints at some of the most illustrious teams as well as his abilities as a midfielder, which set him apart from many of his rivals.

Before enrolling in Manchester United’s training program for young players, Beckham began playing football in his hometown of London for a few local clubs. During a significant portion of his career, David Beckham captained the England national football team, which was also a crucial element of the so-called “Golden Generation,” although the team did not achieve the success that was anticipated of it.

Throughout his career, Beckham has constantly been listed among the wealthiest football players in the world, making him one of the most well-known names in the endorsement industry. One of the top midfielders in the world at the time, David Beckham, has amassed a number of championships over the course of his career. However, his most significant accomplishment was his pivotal role in Manchester United’s 1998–1999 treble-winning campaign. To find out who between Ronaldo and Beckham is better, keep reading.

Is Ronaldo Better Than Beckham?

Absolutely, Ronaldo is superior to Beckham. Ronaldo and Beckham cannot be compared. The solution to this query may be the simplest. Despite having poor football skills, Beckham was the game’s face. Compared to Beckham, Ronaldo is a great gem on the field and a better footballer. Ronaldo would leave behind a much greater and larger legacy. Additionally, Ronaldo is regarded as one of football’s all-time great players.

With 600 goals for club and country, Cristiano Ronaldo is a once-in-a-lifetime player who can only be compared to Lionel Messi. That is an outstanding or very spectacular achievement in professional football. Although David Beckham was not as good of a player as Cristiano Ronaldo/CR7, he did not enjoy the same level of brand awareness. Overall, both will go down in history as legends, but C.Ronaldo will be on another level. Furthermore, Ronaldo is a fantastic athlete. He was an anomaly. He was superior to every other player in every way, and he ruled.

Finally, we can state that Cristiano Ronaldo is significantly superior to David Beckham. One of the greatest players to ever compete in the world is Cristiano Ronaldo. David Beckham, on the other hand, is one of the greatest Manchester United players of all time and was successful in breaking into the mainstream. Ronaldo, though, is superior to Becks for football reasons.

ALSO READ: Ronaldo Vs Mbappe: Who Is Better? Who Would Win A One On One?

Who Is A Better Free Kicker, David Beckham Or Cristiano Ronaldo?

A greater free-kicker than Cristiano Ronaldo is David Beckham. Although Beckham outperformed Ronaldo on free kicks, Ronaldo was still very good. The 36-year-old Ronaldo is regarded as one of the best players to have ever played the game and has racked up a huge amount of goals. Ronaldo, a free-kick expert, prefers to score from a distance as opposed to close to the goal. Although Ronaldo’s ability to score from free kicks has appeared to decline recently, he still poses a threat in dead-ball situations.

When taking free kicks, Ronaldo relies almost entirely on the knuckleball method, employing very little side spin to allow the surrounding airflow to direct the ball’s path rather than trying to control it himself. Ronaldo’s free kicks are exceptionally challenging for goalkeepers to save because of their combination of speed, lack of spin, and unpredictable trajectory. Ronaldo has scored 32 free-kicks during his time with Real Madrid, whereas only 13 have come during his time with Manchester United, his current club.

David Beckham is one of the few Englishmen to have perfected the art of scoring from free kicks. Beckham was a former player for the English national football team. The fact that Beckham was so skilled at free kicks more than made up for the fact that he was slow on the field.

Throughout his illustrious career, he has scored a number of noteworthy free kicks. Former England and Manchester United legend was not a prolific scorer but excelled at dead-ball situations. The free-kicks that were taken by the 46-year-old had to pace, curl, and accuracy. When Beckham’s foot made contact with the ball, it was practically perpendicular to the path that the ball was going to take. Because of this, the “dead ball” had enough fizz and spun to curl around the wall and re-enter the goal.

ALSO READ: Lebron James vs Ronaldo: Who Is The Best?

At the age of 19, David Beckham made his debut for Manchester United in a league match against Port Vale in the year 1994. The match was part of the Premier League. He was then sent a season-long loan to Preston North End, where he scored twice in five games, one of which was a spectacular corner kick. At the age of 21, Beckham made his international debut for England in the 1996 World Cup qualifier against Moldova. After that, he participated in the ensuing qualifications and the 1998 World Cup as a member of the team.

Beckham quickly advanced through the ranks after returning to Manchester United to earn a berth in the first squad. He led his team to victories in the FA Cup and the Premier League championship during the 1995–96 season. In 2007, Beckham reportedly paid a record $250 million to join LA Galaxy. Beckham’s lengthy and highly publicized affiliation with the club began with the high-profile acquisition that the club made.

During his five years of service to the team, Beckham won the MLS Player of the Year award twice and led his team to league championships in 2011 and 2012. He moved to PSG in 2013 and played for them for ten goalless matches before announcing his retirement. David Beckham, one of the most accomplished players to ever play the game, announced his retirement from professional football in May 2013.

It is believed that Mr. David Beckham has a net worth of $455 Million at this time in his life. His career as a football player accounts for the vast majority of his income and net worth. Additionally, Mr. David Beckham has a very high brand value and is the most well-liked athlete in the world. Along with his earnings from his club team Real Madrid, he also receives a sizable income from a variety of national and international football competitions. Additionally, he makes a significant profit from endorsing numerous goods.

Ronaldo Career And Rise To Glory

On October 7, 2002, Ronaldo made his first appearance in the Primeira Liga with Sporting CP, which was a game against Moreirense. He finished the game with two goals, and Sporting’s victory was by a score of 3-0. During the 2002–03 season, he made 25 appearances and contributed five goals to the team.

Ronaldo made a significant contribution to Sporting’s 3-1 victory against Manchester United in a friendly game between the two clubs in August 2003. He made a strong impression on United’s coach Sir Alex Ferguson and other players with his speed and dribbling abilities.

Ronaldo became the first Portuguese player to join Manchester United and the most expensive youngster in the annals of English football when he did so in 2003 for a fee of £12.24 million.

He made his Premier League debut on August 16, 2003, when he replaced Nicky Butt in a match against Bolton Wanderers. In the midst of United’s 4-0 victory, the crowd rose to its feet to applaud him. Cristiano scored his first goal for the team on November 1, 2003, from a free kick during a 3-0 victory over Portsmouth.

In the 2014–15 season, Ronaldo won the UEFA Super Cup as well as the FIFA Club World Cup. He also set a new career-high with 61 goals scored while making a total of 54 appearances. For the third time, he also took home the FIFA Ballon d’Or. Together with Messi and Neymar of Barcelona, he shared the Champions League scoring lead with ten goals. Additionally, he twice took home the Pichichi Award and UEFA Best Player in Europe honours.

In this article:Is Ronaldo Better Than Beckham