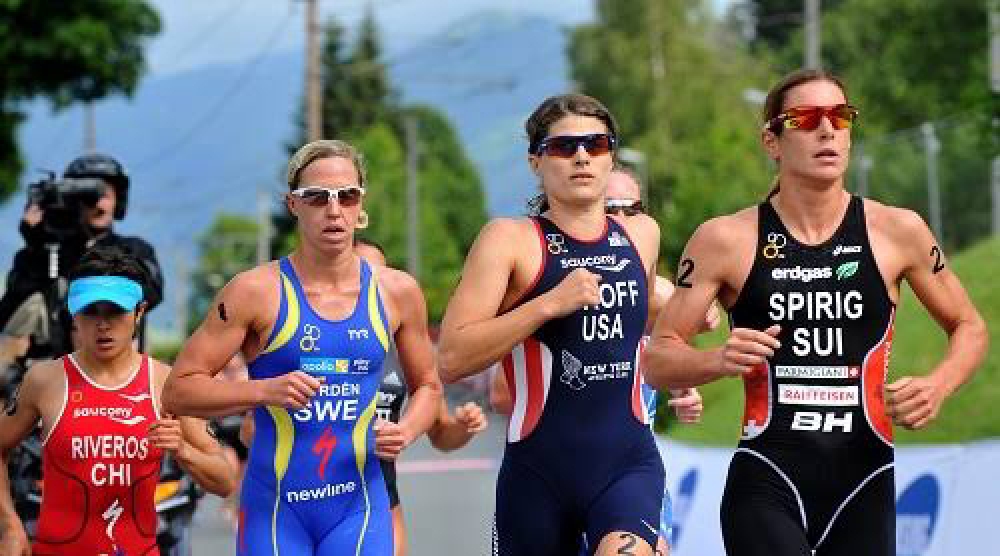 When discussing endurance sports, the question of whether triathlons are more difficult than marathons usually comes up. Therefore, we shall explore “Is Triathlon Harder Than Marathon? in this post. ”. So if you’re interested in learning more about triathlons and marathons, read this article all the way through. But first, let’s quickly review what triathlons and marathons are. Well, the marathon is a long-distance foot race that covers a distance of 42.195 kilometers (26 miles 385 yards). Although it is most commonly raced as a road event, the distance can also be achieved on trail routes.

The marathon can be finished by either running the entire distance or using a run/walk method. Divisions for wheelchairs are also present. There are more than 800 marathons organized annually throughout the world, and while larger marathons can draw tens of thousands of competitors, the vast majority of those running them are recreational athletes.

When the modern Olympic games began in 1896, one of the inaugural competitions was a marathon. Before 1921, distance was not standardized. In addition, competition at this distance is part of the World Athletics Championships, which have been held annually since 1983. This is the only running road race that is part of any championship competition, and it takes place on a public road.

While a triathlon combines running, cycling, and swimming over a variety of distances, it is an endurance multisport event. Triathletes compete for the quickest overall completion time by racing each segment in turn while keeping track of the passing time between the various disciplines. The name derives from the Greek words treis (three) and athlos (competition).

The sport’s origins can be traced back to multi-event competitions held in France in the 1920s. As sports groups and individuals developed the sport in Southern California in the late 1970s, more precise rules and competitions emerged. Triathletes work out to increase their strength, speed, and endurance. The sport necessitates training that is concentrated, persistent, and periodized for each of the three disciplines. Additionally, combination exercises and general strength conditioning are required. Find out more by reading on.

Is Triathlon Harder Than Marathon?

Yes, Triathlon is much harder than Marathon. There is a long-standing argument over which is more challenging: participating in a triathlon or running a marathon. Anyone who has participated in either would undoubtedly agree that the experiences are very different. This is true mostly due to the fact that when you compete in a marathon, you begin the race with a fresh pair of legs. On the other hand, in a triathlon, you compete in the bike leg of the competition before beginning the run. This can range from 12.4 to 112 kilometers on the bike, depending on the event.

And that comes after swimming anywhere between 0.5 and 2.4 kilometers. Also, when all triathlon durations are compared to a marathon, it is obvious that triathlons are more difficult because the Ironman course includes a complete marathon distance. However, when triathlons are compared to ultramarathons, the scale tips in favour of ultramarathons. Thus, running marathons is nearly three times easier than competing in triathlons.

How Do Triathletes Train For Triathlon?

It may come as a surprise to marathon runners to learn that their status as competitive marathoners does not always position them well for a seamless transition to become competitive triathletes. According to statistics, more people who finish the Ironman World Championship have backgrounds in professional cycling than in the running. Expecting to transition into a triathlete without the proper preparation is unrealistic if you currently run marathons and are thinking about trying out a triathlon.

And don’t for a second assume that your triathlon training will be primarily focused on running. You’ll need to devote more time to preparing for the cycling phase of the competition than for the run if you want to truly compete. This is due in part to the fact that you have less riding experience and will need to better prepare your legs for the event’s run segment. Consider these training suggestions if you’re considering switching from marathon running to triathlons:

In a triathlon, the longer you ride the bicycle, the more probable it is that your run times will improve.

You must develop the ability to rely on several muscle groups during your ride in order to maintain your legs as fresh as possible for your run. Aerobic cycling is recommended by certain authorities because it puts more emphasis on the quadriceps than it does on the hamstrings and calves. You can save your leg power for the run by doing this.

In a triathlon, the cycle distance is around four times greater than the run distance. During your training, you should stick to a schedule that has a consistent time distribution for different types of workouts.

ALSO READ: Sports That Are Not Included In Olympics And Why?

4. Enhance The Amount Of Training You Undertake

More training time is required to get ready for a triathlon than a marathon. However, triathlon training is typically not quite as demanding as competitive marathon preparation (if you’re trying to beat a previous record), which is excellent news for marathoners. A short study with experienced runners and triathletes in Spain found that the training load for marathon runners was much higher than it was for triathletes per hour.

5. Recognize That Your Running Form May Suffer

The majority of people who compete in triathlons started out as bikers, not runners. And because swimming, bicycling, and running all take up a portion of the athlete’s training time, their running form is frequently the first to suffer. Included in this is the fact that even the most experienced runners have to finish the swimming and cycling portions of the race before beginning the running portion of the competition. It is for this reason that running in a triathlon, particularly an Ironman, is frequently referred to as shuffling.

It isn’t always attractive. Many athletes can only concentrate on getting their legs as far forward as they can in order to cross the finish line. It’s unlikely that arguments between marathon runners and triathletes regarding whether race is more difficult, calls for more preparation, or poses the greatest physical hurdles will ever come to an end. But regardless of how you look at it, taking part in a marathon or triathlon is a challenge and not something for the weak of heart.

There are a number of health concerns associated with marathon running, but these can be reduced with planning and attention. Stress can be caused by both the race itself and the training. Even passing away during a race is possible, though extremely unlikely. Blisters, tendinitis, exhaustion, knee or ankle sprains, dehydration (electrolyte imbalance), and other conditions are typical minor health hazards. Many fall into the category of overuse injuries.

ALSO READ: Is Darts An Olympic Sport? Is It Popular?

According to a comprehensive medical analysis published in 2016, the risk of sudden cardiac death occurring during or right after a marathon varied between 0.6 and 1.9 deaths per 100,000 participants, depending on the studies and methodologies employed. Age or gender was not taken into account. Cardiovascular screening programs for marathons are uncommon because the risk is low. However, the objective of this review was not to evaluate the overall effects of marathon running on cardiac health.

The biggest worry regarding water consumption during marathons is overconsumption. Excessive hydration during a race can cause exercise-associated hyponatremia, which can cause vomiting, seizures, coma, and even death. This disease is marked by a dilution of salt in the blood.

It is challenging to trace the development of triathlon as a separate sport with accuracy. Many people, including triathlon historian and author Scott Tinley, believe that the sport of triathlon originated in early 20th-century France, where a variety of three-element multisport competitions with varying structures and names first appeared.

As the sport gained popularity in the US, its international expansion appeared inevitable. Triathlon had crossed the Atlantic to northern Europe by 1980 when the first European triathlon was staged in Pilsen, Czechoslovakia, on August 30, 1980. Following suit, events were held in each of West Germany, the Netherlands, and Belgium in 1981.

The Triathlon Federation International (TFI), which had just 22 members, was the first attempt to establish a global triathlon organization. The majority of its members were European national federations. But right away, conflicts of interests between the European and UK-American federations arose over a number of topics, particularly in light of a voting mechanism that favored the ETU. This led to an early breakup, and the TFI was never able to establish itself properly. Then-International Olympic Committee President Juan Antonio Samaranch and Canadian Les McDonald met at about the same time.

Triathlon competitors frequently use the sport to enhance or preserve their physical fitness. Training for a triathlon offers cardiovascular workout advantages because each sport is an endurance event. Due to the inclusion of low-impact swim and bike training, triathletes also experience fewer injuries than those who just employ running as part of their workout regimen. Like other competitors in endurance events, triathletes put in a lot of training time before contests. Economy, lactate threshold, and aerobic capacity have all been studied as ways to enhance performance in endurance sports.

ALSO READ: Is Korfball An Olympic Sport? What’s The Objective?

In this article:Is Triathlon Harder Than Marathon