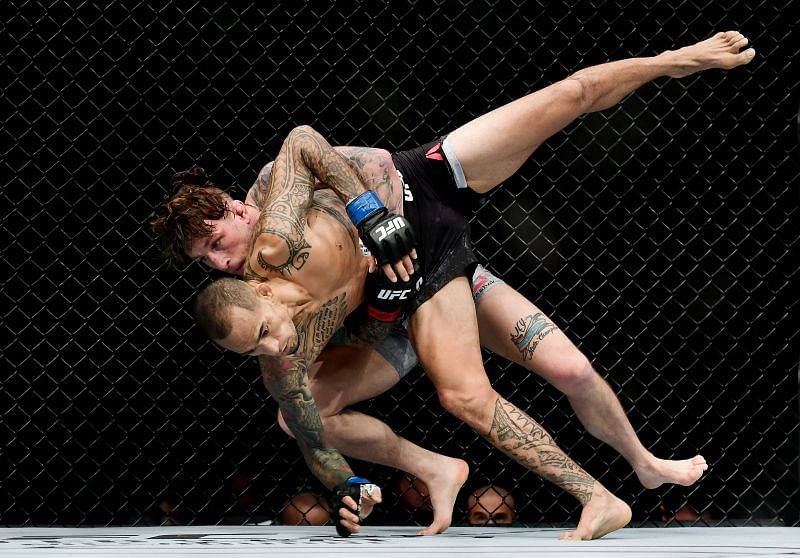 Many sports across the world include physical contact between two persons with the intention of injuring one another. As humans, we are predisposed to the violence of this nature, as evidenced by the human race’s history. There are several prominent sports of this type that people like watching, but the UFC and wrestling are two of the most popular. Wrestling is familiar to anyone who grew up watching shows like WWE, and it felt like the best thing ever when I was a kid. Many people are aware, however, that this type of wrestling is planned for maximum entertainment value and is not genuine wrestling.

While the UFC is a lot clearer sport in terms of what happens in it, folks who have never seen either could find it difficult to tell the difference if a game was on the screen in front of them. While these individuals cannot be faulted for failing to see the difference, it is critical to equip them with the necessary knowledge so that they do not have to make a fool of themselves. While there are some parallels between the two sports, they also have a lot of distinctions.

To begin, it is critical to recognize the similarities between the two sports, since they clearly share them in a way that makes it difficult to tell them apart from the untrained eye. Both are contact sports, which means the fighters are expected to make physical contact with one another. Grappling clinches and takedowns are also used in both sports to try to compel the opposing opponent to submit. In both games, the goal is to win by forcing the other player to give up, either by tapping out or by the referee’s count.

But there are deeper ties between the two sports than just the visual similarities of massively muscled guys battling in their underpants in front of thousands of screaming spectators. The ties, on the other hand, go right to the core of mixed martial arts, to the tactics and submission art that distinguish the scientific sport from a simple street brawl.

After the parallels have been established, the contrasts between the two may be discussed. Fans of the Ultimate Fighting Championship will be aware that there are minimal regulations in place, as well as few time-outs, making the sport as near to street fighting as possible. The fact that there are no defined fighting techniques means that some fantastic events can be put on, which is why so many people adore UFC. For example, a karate master may compete against a judo master. Kicking, punching, using elbows and knees, and nearly any other body part are all permitted.

A fight is scored in the UFC based on successful hitting, grappling, aggressiveness, and octagon dominance, according to the regulations. Anyone who has attended a UFC event can attest to the fact that the judges consistently place a premium on takedowns over practically anything else.

Everything is much more regimented in wrestling. Fighters are not permitted to kick or hit each other in the same manner as UFC fighters are, and must rely on grappling and takedowns to win. This may lead some to believe that the sport is dull to watch, but the intricacy of grappling tactics and the skill of reversals will appeal to a wide audience, and it is a different form of entertainment than the UFC.

UFC And Development Of MMA

MMA was simply one kind of fighter competing against another in the early days of the UFC. As a result, you may have seen a Judo player battling a Taekwondo expert or a wrestler against a Karate expert. However, as the UFC grew in popularity, it became evident that one fighting style was insufficient to be genuinely effective. This realization would permanently alter MMA.

In the UFC (and other mixed martial arts companies), competitors began to cross-train in diverse martial arts, with grapplers becoming stronger strikers and vice versa.

That means mixed martial arts tournaments are no longer a combination of martial arts pitted against each other; instead, MMA has evolved into its own form, using the greatest skills from all martial disciplines.

As a result, MMA is now both a sport and a martial arts discipline in its own right, with the UFC serving as the sport’s main promoter and organization, drawing the top fighters from all over the world.