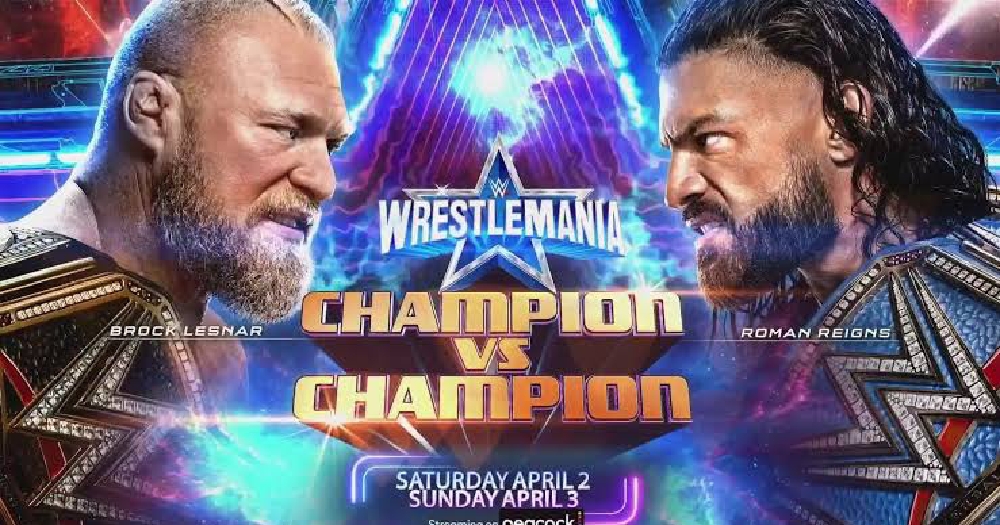 Since its debut in 1985, there have been 37 editions, the most recent of which took place on April 2 and 3, 2022, in Arlington, Texas. It is the most popular and longest-running professional wrestling event ever. The event is broadcast on pay-per-view (PPV) and is also available to stream on the WWE Network. WWE Chairman Vince McMahon developed WrestleMania, which was dubbed by ring announcer and WWE Hall of Famer Howard Finkel.

Vince McMahon arranged the first WrestleMania in 1985, and it is widely regarded as the longest-running sporting event in history. We’ve seen incredible mania matches from the Undertaker, Kurt Angle, Shawn Michaels, Triple H, Stone Cold, and The Rock, all of whom have contributed to WrestleMania’s status as one of the world’s most popular sporting events. Thus, WWE, or World Wrestling Entertainment, is a global entertainment organization with an integrated media company. Now, let’s look at some of the key reasons “Why Is WrestleMania The Biggest Sporting Event In The World?”

Forbes Lists WrestleMania Among The Ten Most Successful Sporting Events

Forbes has ranked WrestleMania as one of the top ten most valuable sports events in the world for the third year in a row. The Grandest Stage of Them All is the fifth most prestigious and elite worldwide sporting event, after only the Super Bowl, Summer Olympics, Winter Olympics, and FIFA’s World Cup. Fans came from all 50 states and 35 countries, setting a new WWE attendance record of 101,763 at AT&T Stadium in Arlington, Texas.

Is WrestleMania The Biggest Sporting Event In The World?

WrestleMania is billed as the most important event of the year; therefore, it is only natural that each and every superstar competes to their full potential in the hopes of being the talk of the event. When it comes to mania, the level of in-ring action goes up a notch as everyone tries to prove they’re the greatest. As a result, we are always certain to be exposed to a continuous stream of genuinely outstanding contests, helping to propel WrestleMania to the top of the sporting world.

Every year, tens of thousands of WWE fans travel from all around the world to witness WrestleMania’s spectacular show. Mania is a massive event with massive crowd attendances comparable to the Super Bowl and other major sporting events. WWE frequently breaks attendance records in the venues where the performance is held.

Cities Competing To Host The Event

Those who are unable to attend the enormous event in person will be able to watch it live from anywhere in the world. Millions of people will watch it on WWE Network and numerous local box office main event sources throughout the world. For WrestleMania 30, WWE announced that it had 667,000 subscribers to its all-digital streaming WWE Network, as well as roughly 400,000 PPV buys. WrestleMania has developed into one of the world’s most popular sporting events, and it will continue to grow in the future as well.

In this article:Is WrestleMania The Biggest Sporting Event, Wrestlemania