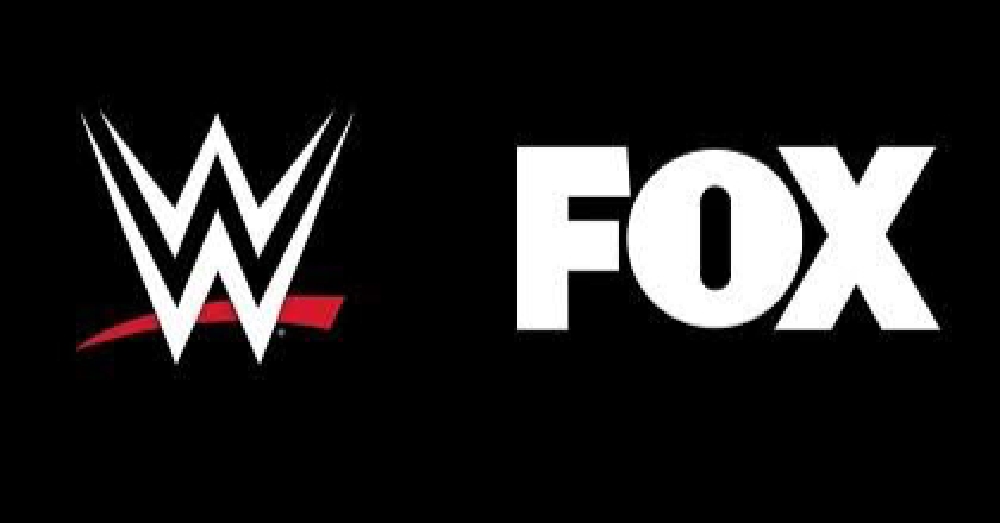 Is WWE Coming To Fox? Well, this is the query that is currently dominating news headlines around the globe. Therefore, we will discuss everything relevant to WWE’s moving to Fox in this post. But before that, we’ll have some knowledge of Fox and WWE. Well, The Fox Broadcasting Company, commonly abbreviated as “Fox,” is an American commercial broadcast television network that is based in New York City and is owned by the Fox Corporation. Fox also has offices in New York at the Fox Broadcasting Center and Los Angeles at the Fox Television Center.

In contrast, World Wrestling Entertainment, more usually abbreviated to its trade name WWE, is a professional wrestling promotion that is based in the United States. WWE, a multi-national entertainment organization, has also made inroads into other industries, like American football, movies, and several other economic endeavours. The business also engages in licensing its intellectual property to businesses so they can create video games and action figures.

In terms of promotion, it is the biggest in the world. Over 1 billion homes globally have access to WWE, which is offered in 30 different languages. Stamford, Connecticut, serves as the company’s global headquarters, and it also has offices in New York, Los Angeles, Mexico City, Mumbai, Shanghai, Singapore, Dubai, and Munich. Furthermore, if you’re interested in learning more about it and “Is WWE Coming To Fox?” read this piece to the very end.

Is WWE Coming To Fox?

Yes, WWE is coming to Fox. Fox Entertainment has established a relationship with the media and entertainment company World Wrestling Entertainment Inc., popularly known as WWE. FOX and WWE came to an agreement in June of 2018 for FOX to broadcast WWE’s blue brand on both FOX and FS1, and the first episode of the show was scheduled to air on October 4, 2019. And in 2024, the five-year contract expires. Despite the fact that “SmackDown” ceased airing on FS1 in 2021, FOX has maintained its commitment to the program, and the channel continues to serve as the show’s primary broadcasting home on nights when other athletic events, such as baseball games, overlap.

Also, FOX has just recently revealed its forthcoming fall lineup, and the network has reaffirmed its commitment to airing “WWE SmackDown” on Friday nights. In a recent press release, among the many other announcements of debuts and renewals, there was one line that read, “Throughout the season, Fridays (8:00–10:00 PM ET/PT) are reserved for WWE FRIDAY NIGHT SMACKDOWN on FOX.” For FOX, “WWE SmackDown” has been a rating success. The program consistently receives the highest Friday night ratings, with the most people in the 18-49 age group tuning in to the most recent episode this past Friday.

Thus, the relationship between WWE and FOX is very new. Aside from the current broadcasting contract, the two organizations had not worked together since the 14th of November, 1992, when FOX presented the final “WWF Saturday Night’s Main Event,” until the program’s comeback in 2006. The first episode of “WWE SmackDown” aired on UPN in 1999; however, the show has since relocated multiple times, first to MyNetwork/The CW in 2006, then to SyFy Network in 2010, then to USA Network in 2015, and finally to its present home on FOX.

Hype For WWE SmackDown On FOX

FOX executives were certain that they were about to strike a home run with a billion dollars invested in the show and millions of dollars in advertising. In a press release issued at the time, Eric Shanks, the COO of FOX Sports, stated that the company was “pleased” to welcome WWE into the FOX Sports family and bring SmackDown Live to broadcast television. Additionally, in 2019, FOX declared that they thought the show would succeed with an average of 3 million viewers every week.

But, moving forward in time to the year 2021, the network realizes that they cannot be happy with the decision they have made now. They originally saw Smackdown as a golden goose, but it has laid an unsatisfactory egg. The program regularly draws around two million people per episode, but it has never even approached the original number. This year’s first episode brought in 1.74. Those statistics are respectable by cable standards. But by the criteria of “free TV,”? They are not very good.

Why Does WWE Collaborate With Fox Entertainment?

On October 27, the media and entertainment firm World Wrestling Entertainment Inc., generally known as WWE, made an announcement regarding cooperation with Fox Entertainment to develop an exclusive NFT marketplace. Fox Entertainment is a well-known American entertainment business that creates and produces high-quality animated material for all international distribution platforms. WWE stated that the partnership would aid in the creation of officially-licensed digital tokens and collectables featuring WWE superstars and iconic moments. WWE is additionally openly traded on the New York Stock Exchange (NYSE). And the following is the manner in which the FOX entertainment corporation made the construction of NFTs a concrete reality:

1. A specialized marketplace will be established for licensed WWE non-fungible tokens (NFTs) and NFT collectables.

2. The collaborative project will produce genuine NFTs that honour the company’s whole library of digital assets.

3. WWE Superstars, Summerslam, Wrestlemania, and Iconic Moments will all be featured in the NFTs.

4. Top events like Summerslam and Wrestlemania will be featured with WWE superstars.

5. Like the NFT marketplace for The Masked Singer, the WWE NFTs will run on Eluvio’s blockchain technology.

6. According to the statement, Eluvio will authenticate the WWE NFTs and make them interoperable across Ethereum and other blockchains.

It should be noted that this is WWE’s second partnership with Fox Entertainment. In a previous agreement in 2019, Fox Sports began airing the WWE program Friday Night Smackdown, which is still televised every week. According to the official release, Bitcoin.com noted that the Smackdown shows would be crucial in bringing WWE fans to the marketplace. The partnership will strengthen WWE’s connection with Fox Entertainment, according to Scott Zanghellini, senior vice president of revenue strategy and growth at WWE. Thus, the wrestling organization will be able to investigate fresh and imaginative approaches to interact with their ardent fanbase.

The World Wrestling Entertainment (WWE) introduced its own streaming network on February 24, 2014. The network features pay-per-views, previous and current WWE programming, and WWE Library programming. The WWE and NBC Universal came to an agreement in May 2014 over a new contract, which stipulated that both Raw and SmackDown would continue to air on NBC-owned networks, including USA Network and Syfy. SmackDown then switched networks to the USA Network in January 2016. 2019 is the year that marks the end of the term of the contract with NBCUniversal. WWE and Sky Deutschland agreed to a multi-year deal on November 17, 2016, to distribute WWE’s flagship pay-per-view events. WWE and TV5 announced a new deal on April 27, 2017, to air hour-long SmackDown episodes.

READ MORE: Why WWE Is Unify The World Title?

The majority of the company’s performers are given exclusive contracts, which limit their appearances and performances to WWE events and programming. They are not allowed to participate in another promotion’s appearance or performance without prior specific agreements. Salary, duration of employment, benefits, and all other contact information are fully confidential to WWE for all wrestlers. Professional wrestlers for WWE are classified as independent contractors rather than employees. According to research by the University of Louisville Law Review, 16 of the 20 criteria used by the Internal Revenue Service (IRS) to determine whether or not an individual is an employee.

However, because WWE refers to them as independent contractors, “the wrestlers are denied many benefits to which they would otherwise be entitled.” WWE allegedly informed performers in September 2020 that they were no longer permitted to “connect with outside third parties,” such as Cameo, and that the company “owns the true names of talent, not just their character names.” WWE unveiled a new recruitment agreement for players who are enrolled in college in December 2021. The contracts for using a wrestler’s name, image, and likeness that have been approved by the NCAA are referred to as “next in line agreements” by WWE.

READ NEXT: Why Did WWE Network Move To Peacock?

In this article:Is WWE Coming To Fox, WWE and fox