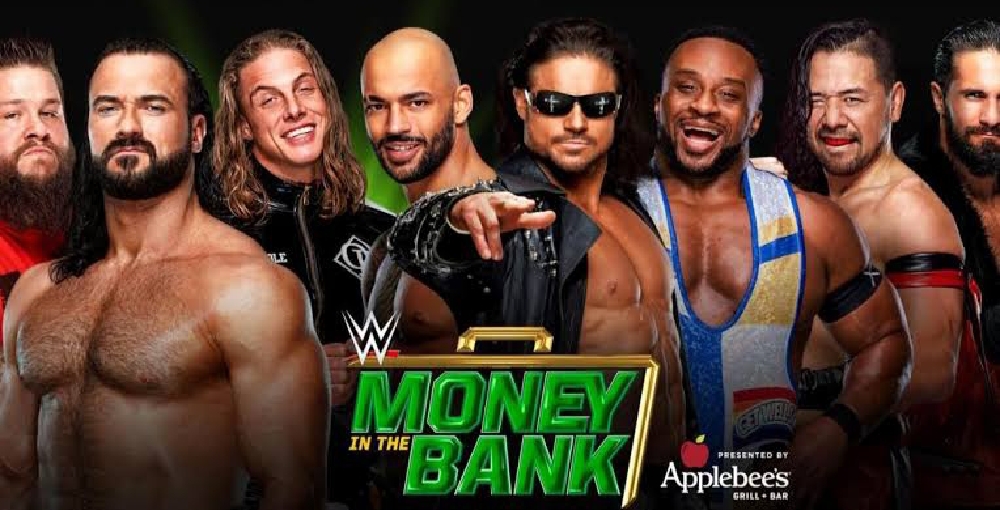 Is WWE Money In The Bank Scripted? Well, WWE Money in the Bank is a live event for professional wrestling that has been presented yearly since 2010 by WWE, which is the largest professional wrestling promotion in the world. The Money in the Bank ladder match, which had previously only been held at WrestleMania, served as the inspiration for the event’s moniker. The idea was developed by Chris Jericho, and it’s both simple and amazing. It is an interesting ladder match with a twist.

WrestleMania 21, which took place in April 2005, was the first time the Money in the Bank ladder match was held, and it was included at each of the subsequent five WrestleMania events. The matching idea was spun off into its own pay-per-view (PPV) starting in July of the year 2010 and no longer took place at WrestleMania after WrestleMania XXVI in March 2010.

In addition to being broadcast on pay-per-view, the event has been shown on the WWE Network since 2014 and on Peacock since 2021. The event, along with the Royal Rumble, WrestleMania, SummerSlam, and Survivor Series, became known as one of the company’s five largest events of the year in August 2021 and was named the “Big Five.”

From 2010 to 2013, the event was hosted in July on WWE’s pay-per-view calendar before shifting to June from 2014 to 2018, following which it was held in May until returning to its old July slot in 2021. Read this article through to the end to learn more about the WWE Money In The Bank concept.

Is WWE Money In The Bank Scripted?

Yes, the WWE Money In The Bank is scripted. The show included matches that were the outcome of pre-written storylines in which wrestlers took on the roles of heroes, villains, or less distinct characters in tense situations that culminated in a single match or a run of matches. The writers for WWE’s Raw and SmackDown brands decided in advance how the matches would go, while storylines were developed for the organization’s two weekly television shows, Monday Night Raw and Friday Night SmackDown. Thus, the WWE Money In The Bank is scripted.

Also Read: How Much Do WWE Wrestlers Make Per Match?

Concept Of WWE Money In The Bank

Money In The Bank is a gimmick event that has been conducted annually by WWE since 2010, and it is typically held between the months of May and July. The concept for the program was inspired by WWE’s well-known Money In The Bank ladder match, in which several wrestlers utilize ladders to get a briefcase that is suspended above the ring. The winning person will be given a contract in the briefcase that promises them a match for any world title of their choice anytime in the following year.

Therefore, the basic idea behind this pay-per-view event was that there would be two Money in the Bank ladder matches: one for a contract to compete for the WWE Championship and one for a contract to compete for the World Heavyweight Championship. At first, the contests were separated into Raw and SmackDown categories, with Raw wrestlers competing for the WWE Championship contract and SmackDown wrestlers competing for the World Title contract. However, following the elimination of the brand extension in August 2011 in favour of transforming all programming into full roster “Supershows,” the ladder matches for 2012 and 2013 were then only segmented according to the championships.

After the TLC pay-per-view event in December 2013, which saw the unification of both the WWE and World Heavyweight Championships, there is now only one briefcase in play, which contains an agreement for the WWE World Heavyweight Championship which is now unified. There are numerous wrestlers in the ring during the contest. The winning wrestler is the first to ascend the ladder and take the briefcase. The contract can then be redeemed by the winner at any time, anywhere, for a period of up to a year, beginning on the pay-per-view night.

Money in the Bank is the only pay-per-view event held by WWE that features a regular theme song. This stands in direct contrast to the other pay-per-view events that WWE puts on, which include songs that are sponsored by prominent recording artists. For example, the inaugural pay-per-view event featured “Money” by I Fight Dragons. The event’s theme song from 2011 to 2018 was “Money in the Bank” by former in-house WWE composer Jim Johnston. Prior to the pay-per-view, Donald Trump’s entrance music for his frequent guest appearances on WWE television was Johnston’s song. Since 2019, “Gotta Get That,” created by WWE’s current in-house composer def rebel, has served as the event’s theme song.

Also Read: How Do You Fake The Blood In WWE?

The Money in the Bank live event that was produced by WWE in 2022 was the 13th installment of the annual professional wrestling tournament. Wrestlers competing in the Raw and SmackDown brand divisions were invited to participate in the event. In addition to being broadcast on pay-per-view (PPV) around the world, the event was also live-streamed through Peacock in the US and the WWE Network globally. The event took place on Saturday, July 2, 2022, in the MGM Grand Garden Arena, which is located in the Las Vegas suburb of Paradise, Nevada. Initially, it was planned to take place at the Allegiant Stadium, which is located in the city itself.

Money in the Bank was held on a Saturday for the first time in 2022, and it was promoted to become one of the top five WWE events of the year, along with the “big four” of the Royal Rumble, Summerslam, WrestleMania, as well as Survivor Series. At the event, there were a total of seven matches played. The unannounced competitor named Theory won the men’s Money in the Bank ladder match in the main event, whereas Liv Morgan won the women’s ladder match in the first match. Theory had earlier in the night lost the United States Championship to Bobby Lashley.

Other notable matches included The Usos (Jey Uso and Jimmy Uso) defeating The Street Profits (Angelo Dawkins and Montez Ford) to retain the Undisputed WWE Tag Team Championship, and Ronda Rousey defeating Natalya to win the SmackDown Women’s Championship, which was then won by Morgan after she cashed in her Money in the Bank contract. The event as a whole was met with mostly favourable reviews from the media, with particular acclaim being heaped upon the Money in the Bank ladder fights as well as the Undisputed WWE Tag Team Championship contest.

Where Can You Watch WWE Money In The Bank On Television?

Where Can You Watch the WWE Money In The Bank Online?

Also Read: Why Do WWE Fans Boo Roman? Do They Hate Him?

How To Get Free Online Access to WWE Money In The Bank?

Who Is WWE Money In The Bank 2022 Winner Liv Morgan?

Professional wrestler Gionna Jene Daddio is from the United States. She is now under contract with WWE, where she works under the ring name Liv Morgan on the SmackDown brand and holds the title of SmackDown Women’s Champion in her first reign. On June 8, 1994, Gionna Jene Daddio was born in the town of Morristown, New Jersey, which is a suburb of New York City. She grew up in the nearby New Jersey community of Elmwood Park.

Daddio has been a longstanding admirer of professional wrestling, and she and her siblings used to engage in bouts of backyard wrestling when they were younger. Daddio acquired a contract with WWE in 2014, and after being sent to the WWE Performance Center, she later made an appearance in NXT as Liv Morgan. In 2017, she was given a spot on the main roster and joined the stable known as The Riott Squad, which also included fellow competitors Ruby Riott and Sarah Logan.

Morgan switched to the solo circuit in 2019 when the stable broke up. In 2022, Morgan defeated Ronda Rousey to win the SmackDown Women’s Championship, the first championship of her wrestling career and cashed in that same night after winning the Women’s Money in the Bank ladder match.

Also Read: Do WWE Stars Use Steroids? What Are Steroids?