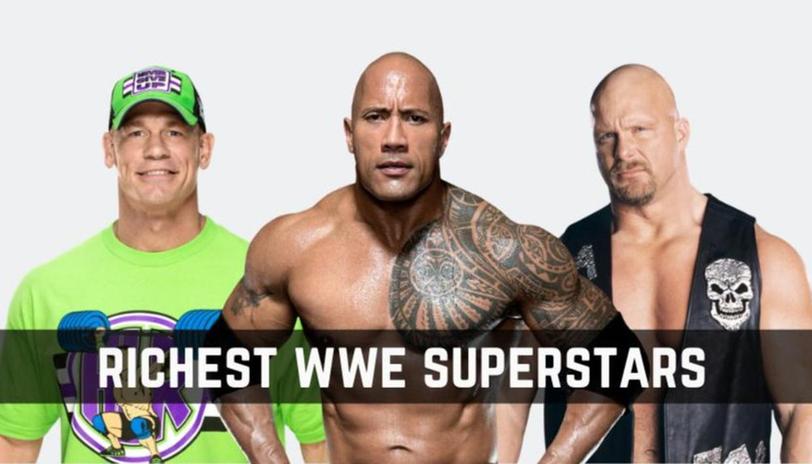 The world of fights, camera, lights, crowd, people, cheers, chairs, tables, crackers and
lots more come to the mind when we call out the name of WWE as a
whole, but in other words, you name it as Wrestle Mania, SmackDown, RAW, Heavyweight Championship, Royal Rumble, or anything else.
So the kingdom was created by fame like Vince McMahon and the
kingdom too created him.

Yeah, you can call it vice versa. McMohan was born on August 24, 1945. He lived with his mother and stepfather as his biological father left him and took the other sibling; Rod. He came to the world of wrestling when he was just at age of 12. He used to volunteer as a promoter for Capitol Wrestling Corporation (CWC) where he met with his father Vincent J. McMohan for the first time; who was then as great name another great name in the field of wrestling?

So when McMohan came and visited this world of muscles, girls, and fame at a small age, he was bamboozled with the environment. From his childhood, he aspired to become a great wrestler, fighting against the heavy wrestlers and making them lose. His father always guided him saying “The promoters of the corporation
don’t attend the playing area and should be away from the wrestlers.

”At the age of 16, Vinc was sent to Military School in Virginia
and earned a nickname “Flex” for his physical prowess. In the year
1968, McMohan finished his bookish knowledge and graduated with
a business degree from East Carolina University. With a mousy start of
his career as a traveling agent/salesman, but from the core of his
heart, he was interested to have the managerial position in his father’s
World Wide Wrestling Federation promotion.

As Mr. McMohan was having a deep cocky heavy voice, he made a debut as an in-ring announcer for WWWF’s All-Star Wrestling in the year 1969, and from
then his fate started taking good great turns. With that heavy voice,
broad chest, and physique, he was assigned a small territory in
Maine, where he also promoted his “First Card”, which was a first of a
kind for everyone.

MUST-READ| Is WWE Scripted? The Answer Is Shocking!

Who Is The Richest WWE Wrestler Of All Time?

In the same year, McMohan became the play-by-play commentator on
television matches by replacing Ray Morgan with a lot of positive
voting for him, and he maintained the work regularly until November 1997.

He was very particular about his diet.McMohan was so psycho
that he himself came to know about the word Burritos, though he was
taking them in his meal for a long time. McMahon was very simple to
certain life perspectives as he went through tough situations and
once quoted that “ I think you have to develop an attitude. From the
cruelty that I experienced, taking numerous beatings and things of that
nature, I developed a defensive philosophy that has served me very well
through the years. That is: If I lived through whatever the adversative
position was, I won. No matter about the end results, if I’m still breathing
in and out, I won. So if you have that kind of philosophy, then failure is
not a big thing.”

Back 1970s McMohan started becoming a very prominent figure and force in his father’s company and over the next decade, assisted his father in tripling TV syndication and also pushed forward to rename his company to WWF. he was gaining name, fame, and money. Most of Hollywood knows his figure just by his name.

From the 1980s the era of wrestling boomed and McMohan’s personality
was attached by default to it. On February 21, 1980, McMohan
officially founded his company Titan Sports and the companies
headquarter was established in South Yarmouth, Massachusetts
and he also acquired control of CWC from his ailing father who died in
May 1984.

During the late years of 1980, McMahon shaped the WWF
into a creative mold as a unique sports entertainment brand that
reached out to the family audiences while attracting fans who hadn’t
paid much attention to pro wrestling before. In the whole tenure of
1993, the company entered the all New Generation Era. The chronicle
the era was one of McMahon’s toughest times since taking over the
the company as a business went through the positive and negative side
with various projects in the company.

McMohan’s training partner Steve Stone, and also a former competitive bodybuilder and current NPC Vice Chairman of bodybuilding under Steve Weinberger in New
York told that “Vince is a lot old-school”. He added, “He doesn’t look
for any shortcuts. It upsets him when people give 80%. If you
don’t add up to something but you’re giving 110%, that’s
admirable to him. But if you’re great at 80% and he knows you
could do more, he wants you to because that’s what he would do.
He doesn’t expect anything out of his wrestlers that he wouldn’t
do himself.” With these ongoing achievements, McMohan also
established Alpha Entertainment.

Throughout the year 1996 and the year 1997, he entered the industry as a wrestler too and gained his famous nickname as McMohan which raised him financially. Records show in the year 2006, McMohan has a $12 million penthouse in
Manhattan, New York; a $40 million mansion in Greenwich,
Connecticut, a $20 million vacation home and a 47-foot sports yacht
which is also named as “Sexy Bitch”. By the year 2001, he was
already known as a billionaire with a net worth of 1.1 billion dollars.

With the ups-and-down in his business stock and products, he again
entered the wealthy list in the year 2015 with a net worth of $1.2
billion. With the latest report from the year 2018, McMohan net-worth
reached to $3.6 Billion and with those achievements and money, he is
the richest WWE star till known all over Hollywood and the
world

In this article:richest wwe wrestler, The Richest WWE Wrestler Of All Time