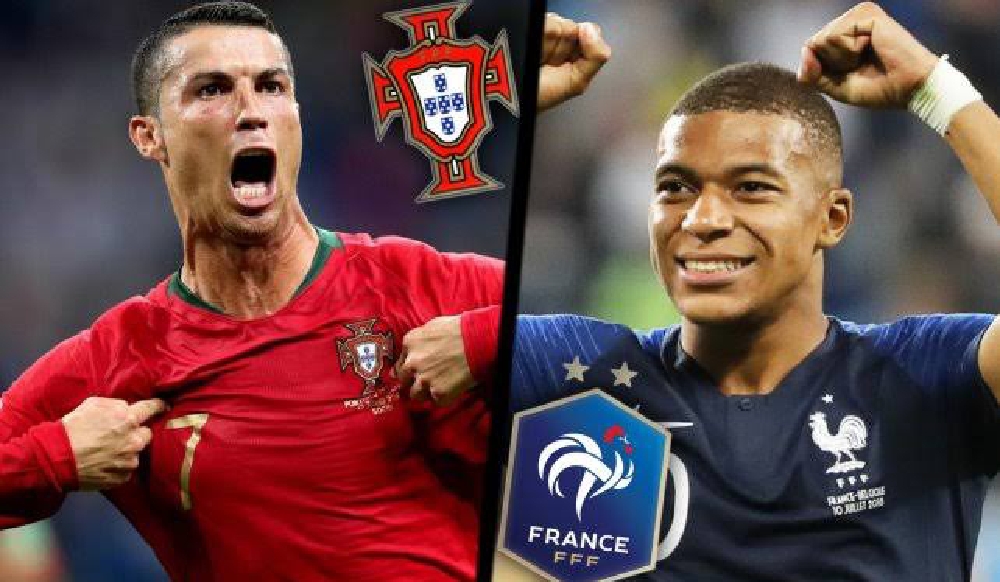 Ronaldo Vs. Mbappe Who Is Better? Well, before we get into more detail about this frequently asked question in today’s generation, let’s quickly discuss in a nutshell about Ronaldo and Mbappe. Well, Cristiano Ronaldo, a Portuguese football player, is frequently recognized as one of the greatest players to ever play the game, and his performances over the past ten years have only served to support that opinion among football fans.

For six years, Ronaldo played for Manchester United, where he honed his skills as a quick-thinking, deadly winger who could score goals and open up opportunities for his teammates. Before making the transfer to Real Madrid as the most expensive player in the world, he was a star for both Portugal and Manchester United, where he won a number of championships during his time there.

He has shattered some of Real Madrid’s most significant goalscoring records that had stood for many years and have also helped the team win significant titles. Ronaldo also serves as the captain of the Portuguese national team, which led to their first-ever success in a major event by winning Euro 2016. Additionally, he has received a number of individual honours that have solidified his place among the top footballers in the world. Cristiano Ronaldo has the highest followers on Instagram, with over 470 million.

Kylian Mbappe, on the other hand, is only 23 years old but has already been regarded as one of the top players in the world for a number of years. Over the past two years, Mbappe has been the focal point of PSG’s squad, and his standing as the best young player in the world of football has translated into his being probably the finest player in football overall. The Frenchman has already won a large number of trophies, and many of those victories were greatly aided by his goals.

Mbappe initially made headlines after making his debut at Monaco as a 16-year-old with a fresh face. He first broke Thierry Henry’s record for the youngest player in Monaco history to make an appearance before also becoming the team’s youngest goal scorer. Even at the age of 17, he recorded his first hat-trick for Monaco. Thus, to know who is better among Ronaldo and Mbappe, continue reading this article.

Ronaldo Vs. Mbappe Who Is Better?

Ronaldo is the most skilled football player in the history of the sport. And without a doubt, Ronaldo is a more talented player than Mbappe. One of the best football players of all time is Cristiano Ronaldo. Since Pele and Maradona, he and Messi have been the two best footballers. Their previous accomplishments are incomprehensible. Mbappe is only 23.

He has only just begun. He is extraordinarily talented and full of potential, but comparing him to Ronaldo is insulting. It’s impossible to compare them. At least not yet. Give it seven years till Mbappe becomes thirty before we begin comparing the two players fairly. Even while we think it’s quite doubtful, perhaps Kylian will have eclipsed Cristiano Ronaldo by then.

The Frenchman has scored almost a century more goals than Ronaldo because of his position as a true center-forward, while the Portuguese player had only tallied 72 goals at Mbappe’s age. And a dangerous one at that: he has scored more than 20 goals in each of the last five seasons he has played, whereas Ronaldo has only managed to do so once in the same span of time.

They each had 17 goals in total by this stage in their careers, indicating that they held the same records for games and goals for their respective nations at the same age. Despite the fact that the two players have similar assist totals, Mbappe is ahead of the competition. Then also, fans consider Cristiano Ronaldo is far better than Kylian Mbappe.

ALSO READ: Here are the Upcoming matches of Cristiano Ronaldo!

The answer is no, Kylian Mbappe won’t be able to beat Cristiano Ronaldo. Kylian Mbappe is a talented player. He can leave opponents in the dust and is undoubtedly an above-average player. But the truth is that he only has a few skills. Additionally, while Mbappe may currently have more goals than Ronaldo, he is simply not talented enough to score at the same rate as Ronaldo did over the following few years.

Mbappe has the ability to run behind the defense, spin defenders, and grab through balls. His link-up play is excellent, and he obviously possesses speed. But Ronaldo possesses all of these in spades. He may not be as quick as he once was or is now at the age of 23, but he was much more than that. Moreover, Mbappe’s ability to create opportunities is his primary weakness. If there aren’t any balls for him to grip, he won’t be able to support himself. When those are cut off, Mbappe struggles.

Consequently, Mbappe lacks Ronaldo’s ability to finish plays and deadly instinct. He is simply quick, and it won’t always be to his advantage. He is not even close to Ronaldo’s quality when it comes to ball control and finishing, which both need to be top-notch.

Cristiano Ronaldo’s Rise To Glory: How Did He Begin His Football Career?

Ronaldo had a long and successful career with Sporting CP, where he played at every level. These categories included the B-team, the first squad, under-16, under-17, and under-18. As of 2002, he was a member of the senior team, having previously played on the junior team. Ronaldo made his debut in the league by scoring two goals, which led to him being recognized on a much larger platform. He became well-known because of his successes and laborious efforts with Sporting CP. After that, some of the top clubs in England expressed interest in signing Ronaldo. These teams included Manchester United, Arsenal, and Liverpool.

He chose to sign on with Manchester United. Manchester United became one of the most successful clubs in Europe as a result of Ronaldo’s six years with the team. He rose to become one of his club’s most crucial and prominent players. Ronaldo assisted his squad in winning the UEFA Champions League and three consecutive league championships in 2008.

In addition to these achievements, Ronaldo was a crucial member of the Portuguese national squad during the 2006 World Cup. He aided his squad in making it to the semifinals. Ronaldo was chosen as the team’s captain the next year. In 2009, after Real Madrid paid Manchester United £80 million to lure him to the Spanish capital, he was officially recognized as the most expensive player in the world.

The following season, Ronaldo had a 40-goal season in the Spanish league. In the history of the league, it set a record. Additionally, Ronaldo was the reason that Real Madrid was victorious in the Copa del Rey competition. He has been among the best players in the world ever since.

What Is Cristiano Ronaldo’s Net Worth?

Additionally, the fact that he has won Five Ballon d’Or has increased his value. Ronaldo has been able to make additional money outside of football thanks to his achievements in the sport, as many marketers wanted to use him as the face of their products.

With Nike, Ronaldo has signed a lifetime contract worth $1 billion. He earns the majority of his money through match winnings and advertisements, and he currently holds the title of highest-paid sportsman in the world.

In the year 2015, Mbappe made his first appearance with the senior Monaco team in a match against SM Caen. He became Monaco’s youngest goalscorer in 2016 when he scored his first goal for the team at the age of 17. In 2017, he relocated to PSG. Monaco signed him on a loan basis. After Neymar, he was the player that had the second highest transfer fee when they bought him.

In his first game for Paris Saint-Germain, a 5–1 victory against Metz in Ligue 1 play, he made his mark with a goal scored. Mbappe participated in France’s 2017 World Cup qualifying campaign. At the age of 18, he was the second-youngest player, behind Maryan Wisnieski, to play for France’s national team. In the World Cup qualifying match against the Netherlands, he scored his first goal at the senior level.

Mbappe scored the first hat-trick of his professional career in the Coupe de la Ligue match against Stade Rennais. Not only was this the first hat-trick achieved by any Monaco player in the tournament since Sonny Anderson in 1997, but it was also the first hat-trick scored by Mbappe. He became the second-youngest French scorer in UEFA Champions League history, behind Karim Benzema, when he scored for Monaco with a half-volley against Manchester City.

In 2022, Kylian Mbappe’s total net worth—including his salary and revenues from other endorsement deals—is projected to reach over $110 million. The World Cup champion from 2018 has contracts with companies like Hublot, Nike, and EA Sports. Additionally, Mbappe owns a sizable collection of high-end vehicles, including Ferrari, Audi, Mercedes Benz, BMW, and Range Rover. In a three-year contract agreement with PSG, Kylian Mbappe allegedly made £650,000 per week. The 23-year-old is also anticipated to earn a massive £100 million signing bonus.

ALSO READ: Lebron James vs Ronaldo: Who Is The Best?

In this article:Ronaldo Vs. Mbappe: Who Is Better