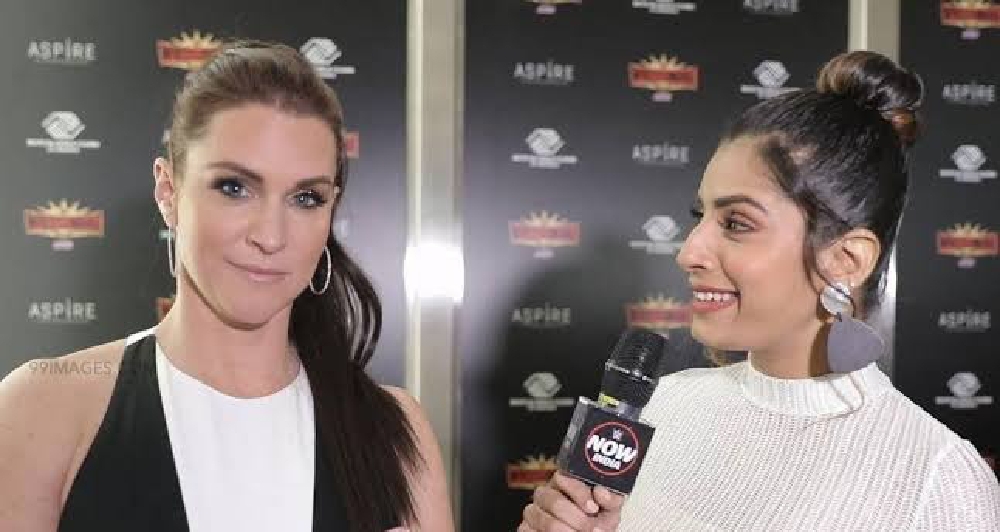 Recently, people’s interest in learning more about some of the Anchors in WWE Who Are From India has increased. Therefore, the SportsUnited team opted to discuss about this current hot topic in this piece of article. We shall therefore talk about “Who Are WWE Indian Anchors?” here. But prior to discussing this question of WWE Indian Anchors, we will know in a nutshell about Anchors. So be certain to read this article until you reach a conclusion. Well, anchors are experts that are in charge of covering news and events for various media outlets. They might broadcast news on radio, television, the internet, and other media.

Anchors might also be professional journalists who contribute to the gathering of news items and who offer commentary while their show is airing. They might do one or both of these things. The majority of the time, newsreaders operate out of a television or radio studio, but they may also report from outlying areas in the field in connection with a certain significant news event. In WWE, there are several female and male announcers, backstage interviewers, and anchors who are always working to draw viewers in with their attractiveness and confident demeanour. Continue reading this post if you are interested in gaining further knowledge regarding WWE Anchors.

Who Are WWE Indian Anchors?

The wrestling industry has a widespread consensus that high-quality commentary has the potential to elevate an average match to the level of a fantastic one. Therefore, we will talk about a few well-known WWE anchors from India below.

Gaelyn Mendonca is an Indian actress, model, VJ, and anchor in the entertainment industry. She is currently employed in India as a WWE announcer and quickly gaining popularity. She was born in Mumbai, India, on November 5th, 1988.

Gaelyn won the 2013 MTV VJ Hunt and is best known for presenting the Cricket World Cup in 2011. She also made an appearance in the 2013 Bollywood film Nautanki Saala. Gaelyn was currently growing in fame as the hottest WWE female anchor in 2020. She is undeniably stunning and has ideal 34-24-34 body measurements.

Mendonca started her modeling career while she was a student at St. Xavier’s College. She’s done runway shows for many companies, including Lakme Fashion Week. She started her broadcasting career as an anchor with Good Times on the show Cool Quotient after graduating from college.

Mendonca was hired by World Wrestling Entertainment in 2019 to serve as the anchor of WWE Now India, which provides wrestling news for Indian audiences. Together with Sunanda Wong, Mendonca won the MTV VJ Hunt in 2013. She made her Bollywood debut the same year in Rohan Sippy’s Nautanki Saala.

Mihir Joshi is an Indian musician, television host, and former radio personality for All India Radio FM Rainbow. Joshi attended Fr. Conceicao Rodrigues College of Engineering and is a trained electronics engineer. As a professional emcee with over 11 years of experience, Mihir has presented events for a lot of very large corporations. Additionally, he serves as the official host for WWE in India, the biggest sports entertainment company in the world.

Joshi began his career as a radio personality under the alias Music-man Mihir. Engelbert Humperdinck was the subject of his first interview. He collaborated with Mumbai-based Furtados Music to support local band promotion and build a connection between musicians and instrument manufacturers. He also contributed writing and photography as a freelancer to numerous periodicals and newspapers.

After working for All India Radio for five years, he moved to Radio One (India) to host One Mumbai One Music, a program that highlights Indian performers on the air. Later, this radio program’s talk-show format evolved into The MJ Show, an independent program. Joshi launched The MJ Show in 2010 as a blog, then in August 2013, with assistance from Ping Network, moved it to a visual platform on YouTube.

With 13 million American viewers and broadcasts in 30 languages to more than 145 countries, it is presently the largest professional wrestling organization in the world. WWE has a sizable video collection that makes up a sizable amount of the visual history of professional wrestling. In 1952, the business was founded as the Capitol Wrestling Corporation. The business also engages in licensing its intellectual property to businesses so they can create video games and action figures.

ALSO READ: Why Are WWE Referees So Weak?

In this article:Who Are WWE Indian Anchors