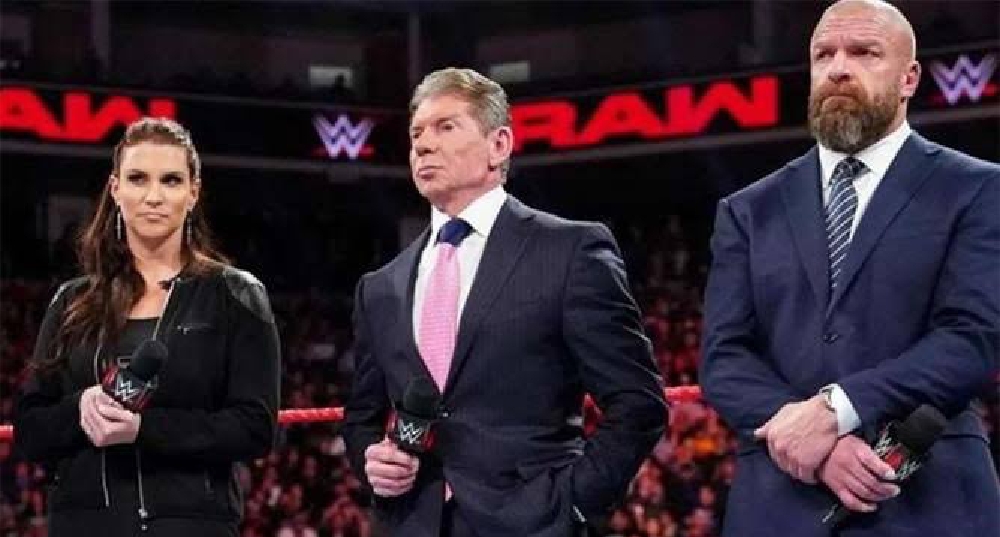 World Wrestling Entertainment (WWE) is not only one of the most well-known and prosperous companies in the United States but also internationally. The enormous size of the corporation, together with the extensive scope of its operations, positions it as a very powerful competitor in the industry. Vince McMahon serves as the Chairman and Chief Executive Officer of the entertainment company World Wrestling Entertainment (WWE). The company’s success is mostly attributable to Vince McMahon, who serves as CEO and Chairman.

As of right now, the total wealth of the monarchical kingdom of Sports Entertainment that is owned by Vince McMahon is estimated to be $5.74 billion dollars. You may have heard this from the dirt sheets, and it is true: Mr. McMahon is the unchallenged creative chief, and he is accountable for the final product that is provided to the WWE Universe.

But is he the WWE’s sole owner? Actually, no. So, who is WWE’s legitimate owner? Before we dissect the ownership structure of the business, let’s go back in time and examine WWE’s development to the current stage. To learn more about “Who Owns WWE?”, keep reading.

The Current WWE And Ownership Structure

WWE is a publicly traded business that is divided into sections by different stakeholders who have bought WWE stock shares. Wealthy individuals, equities and investment management companies, and mutual funds are all listed as shareholders. It’s simple to figure out that Vince McMahon, who owns 36.8% of the company’s shares, is the sole largest shareholder. Since McMahon made the decision to sell 3,204,427 shares to raise money for the relaunch of the XFL, the percentage has decreased from its previous value of 48.9%.

In addition to the Chief Executive Officer of the promotion and other high-ranking WWE employees, members of the McMahon family also have financial interests in the firm. The firm is owned in part by Triple H, Stephanie McMahon, Shane McMahon, and Linda McMahon, each of whom has a very small stake. Believe us when we say that it’s a huge cake that’s been cut up into appropriate portions. You may find detailed information regarding “Who Owns WWE?” below.

Vince McMahon served as the owner of WWE for many years. However, recently, McMahon announced his retirement at the age of 77 in a statement that was made public on Friday, July 22, 2022. Additionally, he disclosed that Stephanie McMahon, his daughter, will serve as co-CEO and chairwoman.

Nick Khan, who came to WWE from CAA in the role of president in 2020, is the other co-CEO of the company. As a result, Stephanie McMahon took the post of temporary CEO after her father, Vince McMahon, resigned from the position in order to cooperate with the board’s investigation.

It has been a month since McMahon resigned from his position as CEO of the company in the wake of claims that he paid up to $12 million in hush money to former employees.

The announcement comes today. According to the WWE board of directors, Vince McMahon has been accused of paying women millions of dollars in exchange for their silence about his relationships and wrongdoing. He resigned as CEO and chairman of the WWE during the investigation, which was still underway. Nick Khan, currently the president of the corporation, and Stephanie McMahon, currently the daughter of McMahon, will take over as co-CEOs of the company.

In 1982, McMahon purchased from his father, Vince McMahon Sr., the company that was once known as the WWWF. He renamed it the WWF, as it was known until 2002, and developed a global brand that has been viewed regularly in millions of homes and included profitable pay-per-view events like Wrestlemania. The corporation’s most recent fiscal year ended with record sales of $1.1 billion. This was made possible in part by the resumption of large-scale public events following the decline of the coronavirus pandemic.

Who Is Vince McMahon?

American promoter, executive, and owner of a media company Vincent Kennedy McMahon have retired from professional wrestling. He held the positions of chairman and chief executive officer (CEO) of WWE from 1982 to 2022. And he is still the company’s principal owner. He founded and owned Alpha Entertainment as well. McMahon grew up in Pinehurst, North Carolina, and earned a business degree from East Carolina University in 1968.

He worked as a commentator for most of the 1970s for his father, Vincent J. McMahon’s WWWF, which he later purchased in 1982. During this time, the industry was still run by various companies around the country.

This sparked the creation of WrestleMania, an annual event that has become one of the most popular in professional wrestling. Before acquiring the rival business in 2001, World Championship Wrestling (WCW) was a competitor in the industry for WWE in the 1990s. In 2003, WWE also acquired the holdings of the departed Extreme Championship Wrestling (ECW).

READ MORE: Why WWF Changed To WWE? What Actually Happened?

McMahon is involved in a number of enterprises that are related to WWE. In 2014, he unveiled the WWE Network, a for-profit over-the-top streaming service with programming on demand. McMahon also owns a professional wrestling academy and several WWE multimedia companies.

In addition to wrestling, McMahon twice shared ownership and management of the XFL, a football league that was abolished after just one season, the second due to the COVID-19 pandemic. He co-owned the sportswear company Tapout and previously held the position of interim president of the World Bodybuilding Federation.

Since 1969, McMahon has been on television for WWE, initially playing the endearing role of a play-by-play commentator. Beginning in 1997, McMahon took on the image of Mr. McMahon, playing a swaggering, evil, irascible tyrant who was intent on maintaining control of his business and screamed the catchphrase “You’re firrred!”

He occasionally competed in wrestling matches and became well-known under the ring name Mr. McMahon after winning the Royal Rumble match, numerous pay-per-view championships, and twice becoming the world champion. Vince McMahon stepped down as WWE’s CEO and chairman on June 17, 2022, and his daughter Stephanie McMahon gained possession. On July 22, 2022, McMahon made his retirement official.

Vince McMahon’s Net Worth And Salary

The American wrestling promoter, analyst, and film producer has a $1.8 billion fortune and occasionally steps into the ring. Vince acquired riches and fame while serving as the CEO of WWE. In the middle of an ongoing sexual harassment crisis, Vince McMahon declared that he would quit WWE on July 22, 2022.

McMahon formerly held the titles of WWF Champion and ECW World Champion and has been known to occasionally engage in-ring combat. He now receives a star on the Hollywood Walk of Fame in recognition of his achievements. The children of McMahon, Shane, and Stephanie, have also had important roles in the company, both on and off camera.

READ NEXT: Where To Watch WWE Summerslam 2022 Online In India?

In 2017, President Donald Trump appointed his wife, Linda McMahon, who was also a significant figure in the World Wrestling Entertainment (WWE), to the position of administrator of the Small Business Administration. McMahon has supported a number of Republican Party causes, such as the organization America Rising for research and tracking. He donated $5 million to the Donald J. Trump Foundation. The McMahon family also gave $8 million to Fishburne Military School, East Carolina University, and Sacred Heart University together.

Stephanie McMahon-Levesque is a retired pro wrestler and businesswoman. She is WWE’s Chairwoman and Co-CEO and appears on the Raw, NXT, and SmackDown brands. She is a part of the McMahon family, making her a fourth-generation wrestling promoter.

WWE has been a publicly traded corporation for more than 20 years, and just like any other corporate endeavor, it has seen both prosperous and challenging times throughout its history. But it still remains a very lucrative stock choice. According to reports, WWE made $333.4 million in revenue in the first quarter of 2022, setting a record for the corporation and up 27% from the prior period. Operating Income rose by 42 percent, or $27.3 million, to $92.4 million as a result of higher revenue that was only slightly offset by higher operating costs.

The timing of a significant international event and the return to live event touring were the main drivers of the increase in operating expenses. WWE produced its weekly television programs during the prior year’s period using the more expensive WWE ThunderDome at Tropicana Field in Tampa, Florida. The operating income margin for the company improved from 25% to 28%.

Since Vince McMahon, his family, and other key executives own nearly 50% of the business, Vince McMahon retains the dominant voting authority. Every significant choice requires his approval. The 71-year-old man insists he will never leave WWE since he will probably never pass away. But he recently made an announcement that he was resigning.

ALSO READ: How Much Is WWE Owner Worth?