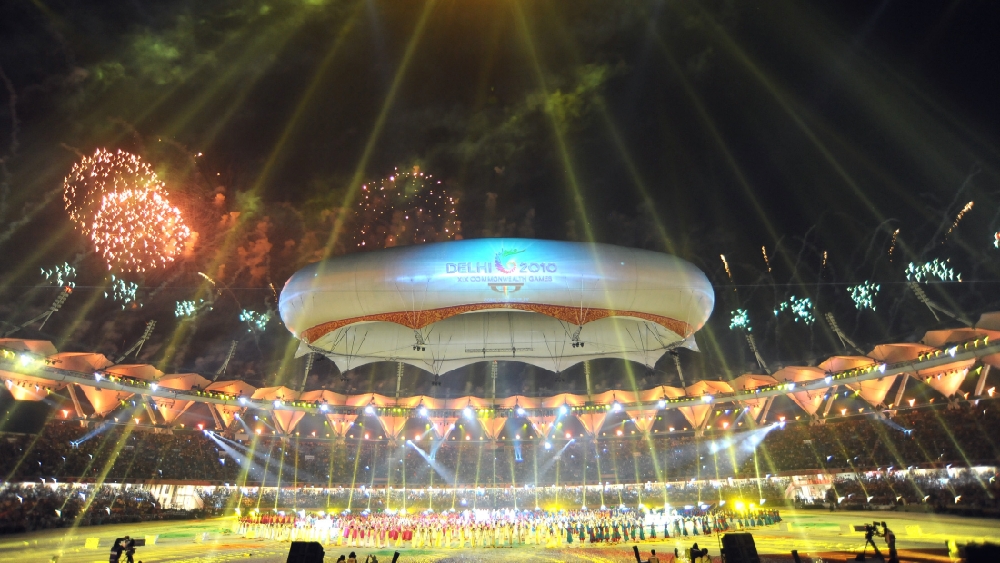 Why Commonwealth Games Are Played? Well, this is the query that is becoming more and more prevalent right now. So, before we delve too further into this hot topic, let’s just recap the Commonwealth Games. Well, starting with the fundamentals, the 2022 Commonwealth Games kicked out with stunning opening ceremonies hosted in Alexander Stadium, Birmingham, which caused a buzz of excitement among competitors, coaches, and volunteers.

The Commonwealth Games, sometimes known as the Friendly Games, is an international multi-sport event that takes place every four years and is competed in by athletes from countries who are members of the Commonwealth of Nations. The event was initially organized for the first time in 1930, and ever since then, with the exception of the years 1942 and 1946 when it was postponed owing to World War II, it has been held regularly once every four years.

Since 2002, the Commonwealth Games have been the first international multi-sport event to include athletes with disabilities as full members of their respective country teams, making them the first completely inclusive international multi-sport competition. The Games first created history in 2018 when they had an equal number of medal events for men and women. They then made history again in 2022 when they featured more women’s events than men’s events for the first time. Continue reading to gain an in-depth understanding of the question, “Why Commonwealth Games Are Played?”

Why Commonwealth Games Are Played?

Additionally, the Commonwealth Games are held because they are essential to an athlete’s quest for excellence. A medal at these Games might indicate to an athlete that they have arrived and are among the best in the world at their sport because of the high level of competition.

Most importantly, this can significantly boost an athlete’s confidence, which is the basis of any outstanding performance. In point of fact, 53 per cent of the Canadian athletes who participated in the Commonwealth Games in Glasgow in 2014 went on to compete in the Olympic Games in Rio in 2016. And of the 22 medals that were awarded at the Rio Games, 14 of them were taken home by competitors who had previously participated in the Glasgow Games in 2014.

The Commonwealth Games are an important stepping stone on the path to achieving success at the Olympic Games. Athletes are able to evaluate how far along they are in the quadrennial cycle and compare their performance to that of their rivals while taking part in a massive sporting event.

This allows the athletes to determine how well they are doing relative to the rest of the field. These Games serve as a straight qualifier for the Olympic Games in Tokyo in 2020 for many Canadian competitors on Gold Coast. These Games could represent the apex of athletes’ non-Olympic sports careers. Thus, you should not take the Commonwealth Games lightly.

Following London in 1934 and Manchester in 2002, England will be hosting the Commonwealth Games for the third time in Birmingham, which was announced as the host city on December 21, 2017. This will be the seventh time the Games have been held in the United Kingdom after London and Manchester, Cardiff in 1958, Edinburgh in 1970 and 1986, and Glasgow in 2014.

It was anticipated that more than one million tickets were already sold for the Games. On July 14, 2021, a ticket ballot was made available to local inhabitants. The primary public ticket ballot was held from August 8th through September 30th, 2021.

On July 28, 2022, the Commonwealth Games opening ceremonies took place at Alexander Stadium. The ceremony would try to highlight Birmingham’s “vivid and energetic confidence,” according to director Iqbal Khan.

The new wave band, Duran Duran from Birmingham, served as the event’s headliners, and Tony Iommi of Black Sabbath, who is also a native of Birmingham, performed alongside Soweto Kinch during one section of the ceremony. The ceremony to mark the end of the games is set to take place at Alexander Stadium on August 8, 2022. This will include the official handover of the games to Victoria, which will be the host city for the 2026 Commonwealth Games.

The rights to broadcast the 2022 and 2026 Games in New Zealand and the Pacific Islands were purchased by Sky New Zealand in November 2019. It was announced in July of 2020 that production company Sunset+Vine would serve as the event’s host broadcaster. The event will be aired in the UK by BBC starting in October 2020. In October of 2021, Seven Network made the purchase that gave them the rights to broadcast the 2022 Olympic Games in Australia.

The news that Mediacorp secured the rights to broadcast the 2022 Games in Singapore came out in June of that same year.

India At The Commonwealth Games

With 503 total medals—181 gold, 173 silver, and 149 bronze—India is ranked fourth all-time in the Commonwealth Games medal standings. Rashid Anwar earned the first ever Commonwealth medal for India in 1934, taking home a bronze in the wrestling division.

Is The Commonwealth Games And Olympics The Same?

The 33rd Olympic Games are scheduled to take place in Paris in 2024, whereas the 22nd Commonwealth Games have already started in Birmingham. Although these multi-sport competitions are held every four years, there are some differences between them, including the number of participating nations, the format, and the sports that are included.

ALSO READ: What Do Weightlifters Inhale? Does It Help In Lifting?

The Olympic Games are split into two groups: able-bodied athletes (Olympics) and athletes with disabilities (Paralympics). On the basis of the season, it can be further subdivided into two different competitions, which are known as the Summer Olympics and the Winter Olympics. For approximately 17 days, the Olympics are held. On the other hand, the Commonwealth Games are held at the same time for athletes who are able-bodied and those who are disabled. The Commonwealth Games typically last for ten days.

The Olympic Games are open to any nation on the earth, but participation in the Commonwealth Games is restricted to those nations that were formerly controlled by the British Empire. The Tokyo 2020 Olympics featured 206 nations in all. At CWG 2020, there will be a total of 72 teams. While the CWG has 56 members, the Olympics only include 32 nations as honorary members.

There will be 280 events in the Commonwealth Games in 2022, spread over 19 sports, and more than 5000 competitors are expected to compete. On the other side, a record 33 competitions and 339 events were held at the Summer Olympics in 2020, which included more than 12,000 athletes.

Tenpin Bowling, Lawn Bowls, Netball, and Squash are the four sports that are featured at the Commonwealth Games but are never featured at the Olympics. Athletes from all around the world participate in both of these quadrennial multi-sport competitions, with the Olympic Games enjoying greater popularity than the Commonwealth Games. It is believed to be more difficult to qualify for the CWG, but the contests themselves are believed to be easier because there are fewer players.

In this article:Why Commonwealth Games Are Played