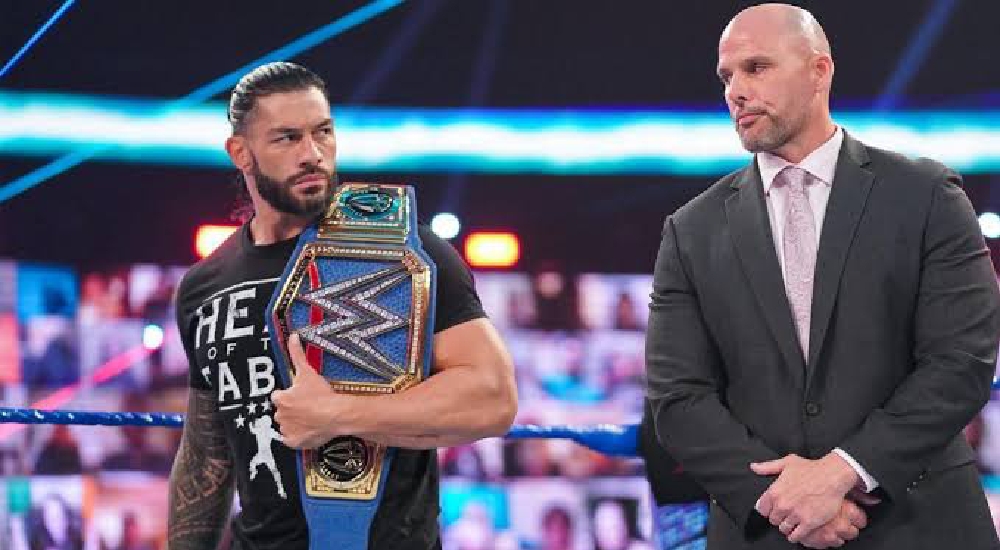 Why Do WWE Fans Boo Roman? Everyone enjoys sports, and World Wrestling Entertainment [WWE], which has millions of fans and plays the best role in the sports world, is most likely the sport that everyone likes. Roman Reigns is the most prominent wrestler in WWE at the moment, earning him the title of number one superstar. Roman Reigns has always generated a lot of discussion among WWE fans. Despite the fact that a significant portion of the WWE universe boos him, Roman has been pushed forward by WWE management regardless of the boos. Because of this, Roman Reigns has been the major setback for WWE for quite some time now.

The hatred that the WWE Universe feels against Roman Reigns is the result of a number of different circumstances, the majority of which are not Roman Reigns’ fault. His reputation has been damaged in the eyes of the WWE universe due to poor booking and an early push leading up to WrestleMania 2015. If we talk about the popularity of the Roman reign, the audience from India loved him, and he had a massive fan base internationally; yet, the majority of WWE fans find Roman reigns to be the most irritating. There are numerous causes for that. Keep reading to find out the reason why so many admirers have been interested in booing Roman.

Why Do WWE Fans Boo Roman?

Here are the top five reasons why Roman Reigns receives hatred and booing from some WWE fans.

The Redundant and Premature Push

Fans of WWE claim that the company has been giving Roman Reigns a significant amount of attention by providing him greater parts in title photographs. Fans claim that there are more talented superstars than Roman Reigns in terms of personality and skill, and they are not being given the opportunity to showcase their abilities. In 2015, Daniel Bryan and Roman Reigns engaged in a fight. Roman Reigns was the champion, but the crowd was not pleased. They claimed that Daniel Bryan should have won and that The Rock had also come to support Roman Reigns in that contest. Fans did not have any issues with the Roman reigns themselves; however, they do have issues with the significant push for Roman reigns. WWE can simultaneously promote another star while attempting to elevate Roman. One particularly illustrative instance of this occurred in the events leading up to the Fastlane triple threat match.

WWE was putting Roman Reigns in competition with superstars who had significantly larger fan bases than Roman Reigns when the shield was broken. Roman reigns competed against Seth Rollins, Dean Ambrose, Daniel Bryan, and The Undertaker at that moment. Roman Reigns and Undertaker engaged in a fight at Wrestlemania 33. Although fans were eager to see Undertaker win the event, the outcome was not what they had expected. Roman Reigns won the match, upsetting the crowd. It is unfathomable that a fresh wrestler can overcome the Undertaker, who is also a major superstar and has vanquished numerous notable opponents. Roman Reigns was booed in Wrestlemania Raw following this match. This is the first time in history that any wrestler has been subjected to this level of hatred.

Well, the complete blame for this one lies with WWE creative. Everyone knew the three superstars would receive a big boost when The Shield split. The creative team at WWE did an excellent job of showing that Rollins possesses the attribute of cunning and that Ambrose is a man who is completely insane. But what agreement did they make with Roman? They promoted Roman to the main event at Mania without first establishing anything about him or his status. Naturally, he was booed by the crowd. Reigns appeared bland in comparison to the other two people in his stable. His character doesn’t have any noteworthy traits.

Only a Few Moves

If there is one drawback that Reigns’ detractors point out, it is that his move set is limited. Due to the fact that it is so limited, it stands out dramatically in comparison to his other opponents. Despite being a powerhouse, he needs a vast array of move sets to be the face of the WWE. He must have more moves than simply the Samoan drop, Superman Punch, and Spear, though we are not talking about Cesaro-like diversity.

Roman Reigns’ vocal abilities are quite lacking. If you want to be the face of WWE, you need to make eye-catching promos, engage listeners with your mc skills, and, above all, be engaging. His strongest on-camera performances to date have come during his conflict with the Wyatt Family and the subsequent development of his character. WWE must continue to schedule him consistently even though their recent progress seems to be on the correct path. Before putting him on the spot, they must wait for him to develop his mic skills. Thus, all of this leads fans to boo Roman Reigns.

In this article:Why Do WWE Fans Boo Roman