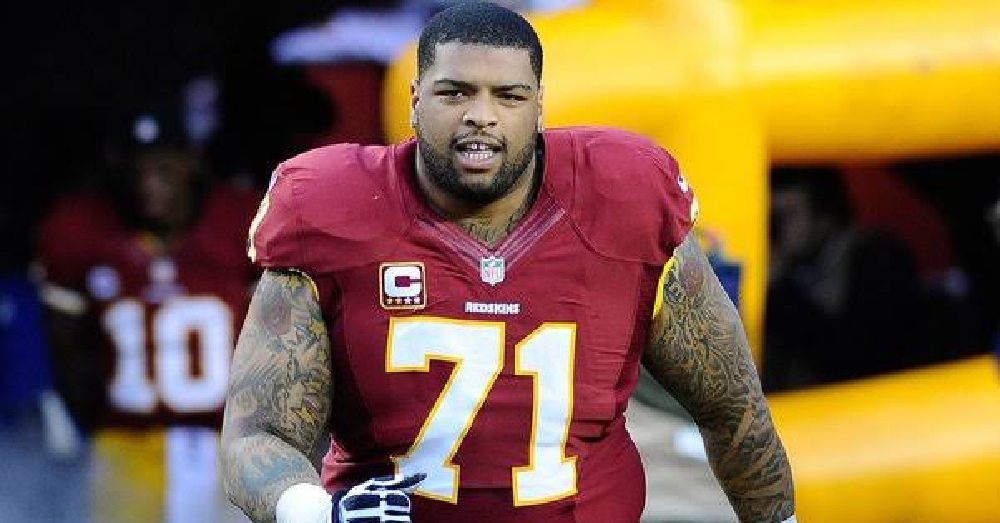 Why NFL Players Are So Big? Well, this is the question that is popping up nowadays in the minds of people. Therefore, thesportsunited has made the decision to discuss the answer to this question. But, before that, let us know about NFL. Well, the National Football League, also known as the NFL, is a professional American football league that features 32 clubs. These teams are split evenly between the National Football Conference and the American Football Conference (NFC).

The NFL is the highest-level professional American football league in the world and one of the main North American professional sports leagues. The National Football League (NFL) was first established in 1920 as the American Professional Football Association (APFA), and for the 1922 season, it changed its name to reflect this.

Why NFL Players Are So Big?

Football players may appear small on your television, but in reality, they are very big. An NFL football player is typically 6’2″ tall. They weigh 216 pounds on average. But that doesn’t preclude shorter players from participating. On the field, there are some positions where a shorter player is actually preferred. But there’s no denying that the NFL favors players who are taller and heavier. If you are tall, your weight is the only area that needs improvement. You might be curious about the explanation behind the fact that NFL players tend to be larger in size. Thus, here are a few explanations for why football players are big.

Also Read: What Is A Football Safety? Positions Explained!

When you look at quarterbacks, you’ll find that they are, on average, somewhat taller than their teammates. A quarterback is typically 75.43 inches tall and weighs 224.97 pounds. The ability to see better is one of the most obvious reasons taller quarterbacks are preferred in football. A small quarterback could have trouble spotting open receivers down the field because the majority of the players are often quite tall.

A quarterback needs as few interruptions as possible to make the best decision, given the turmoil on the field. One of the biggest advantages is being able to see over the shoulders of the other players. Additionally, it aids in alerting the quarterback of offensive line weaknesses. Additionally, they have the ability to detect an impending sack and decide whether to run with the ball or remove it from their hands. Since of this, football players tend to be very tall because a quarterback needs to be able to see his receivers and avoid being tackled.

The average height and weight of running backs are 70.73 inches and 214.48 pounds, respectively. Barry Sanders is one of the best exemplars of a great running back. He was 5’8″ in height. Because it makes it easier for them to reach the ball, running backs tend to be a little bit bigger and taller. A taller running back has a better chance of receiving a ball if the quarterback tosses it a little too high than a smaller one. They have a minor advantage due to the length of their arms being longer. Another benefit of a tall running back is that they can use greater force with their legs to score a touchdown.

The wide receiver is one of the team’s tallest players. Their average weight is 200.32 pounds, and their average height is 72.40 inches. Wide receivers typically have a more athletic build than players at other positions, but their height more than makes up for whatever reduction in size they may have. Their roles revolve entirely around collecting balls that fly through the air. It is up to the wide receiver’s height to prevail when up against a defensive defender. Because of their height, they can catch balls that are far away before the defender tries to take them.

4. Tight Ends Must Be Big And Heavy To Block

Because of the nature of the position that they play, tight ends tend to have a larger than average body size. A tight end stands 76.4 inches tall, or more over 6’4″, on average. A tight end typically weighs 254.26 pounds. Tight ends are tasked with the responsibility of defending wide receivers and intercepting passes whenever they get the opportunity.

5. Defensive Ends Must Have Strength To Sack

The National Football League searches for players that are particularly tall at the defensive end position because of their ability to screen passes along the sidelines. They have a chance to make the pass incomplete by knocking the ball out of the air if they observe that the quarterback is throwing to the side of the field. The defensive line’s flanking positions are often occupied by defensive ends. They now have the ideal chance to stop a pass intended for a wide receiver or another receiver nearby.

Football players need to be big because defensive backs must prevent receivers from advancing to the end zone, which is a significant additional factor. A defensive back’s job is to prevent the receiver from getting possession of the ball. This player’s duty is to bring the receiver to the ground if they are in possession of the ball. They have a chance to knock the ball out of the sky if necessary because of their height.

The kicker and punter are two of the team’s shortest players. However, although being smaller, they are still quite big. Punters weigh 214.32 pounds on average and stand 73.77 inches tall on average. They are a little heavier than the kicker but a little lighter than the other players. This is due to the fact that a punter needs more force to kick the ball down the field. Their height is also a factor since it enables them to see over the heads of the players and farther down the field, which is the direction in which they aim to kick the ball. It’s possible that punters who are lighter or smaller won’t be able to kick the ball as far down as they’d like to. Because of this, punters are generally big football players who have a lot of experience.

8. Fullbacks Need Height And Power To Run The Ball

One more reason for why football players are so big is that fullbacks need to be tall in order to see what’s going on around them. The average height and weight of fullbacks are 72.33 inches and 244.43 pounds, respectively. They have the benefit of viewing down the field and directing the quarterback’s throws thanks to their height. Their body weight also matters. Fullbacks need to have a healthy level of body fat in order to be able to run quickly and avoid getting tackled. This is because the quarterback will occasionally pass the ball to them. They must have adequate force to throw the ball to receivers because they can also pass the ball. In order to better perform the numerous duties of their position, football players who play fullback tend to be bigger.

Thus, being big can help you play better in a variety of positions on a football team. Big players are necessary for each of the aforementioned positions to improve ball vision, ball control, and the ability to either tackle or deflect tackles from opponents. In some positions, smaller or shorter players may have an advantage, although the NFL typically favors bigger athletes.