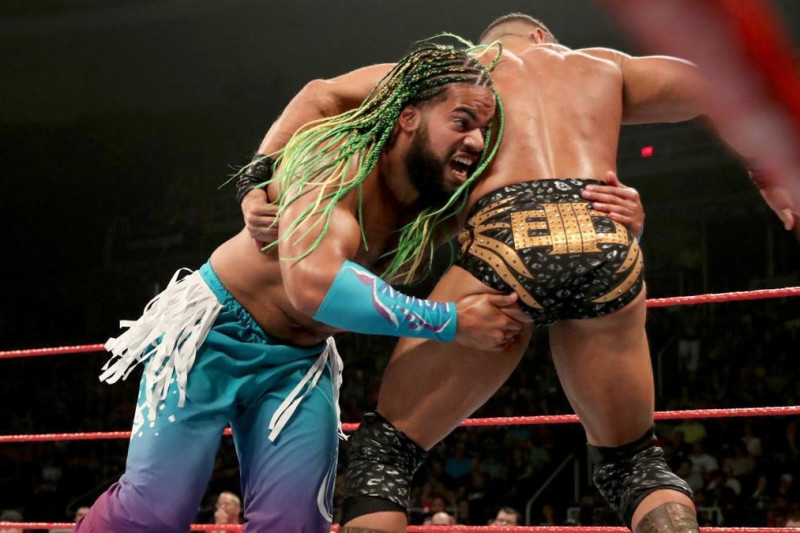 WWE (World Wrestling Entertainment, Inc.) is a media and
entertainment company based in the United States that specializes in
professional wrestling. The Capitol Wrestling Corporation, which was
established in 1953 as the WWE, is the name of the professional
wrestling organization. It is the largest wrestling promotion in the
world, holding over 450 live events a year, and is available to 900
million homes worldwide in 28 languages.

WWE appeared to be brimming with excitement ahead of
WrestleMania. They had a dream WWE title bout planned, Ronda
Rousey was set to make her debut and numerous other huge shows
with big stars on the bill. Furthermore, WWE was lucky enough to
reclaim Daniel Bryan as a part of the main roster.
However, WWE has seemed flat since the big event, and fans are
dissatisfied with the current product. I wrote a review for Backlash two
weeks ago, and although I didn’t think it was particularly fantastic, I
didn’t believe it was the company’s worst production of the year.
However, the response I received indicated that people despised it,
and this came after the Greatest Royal Rumble, which was also
viewed as a failure by fans.

Why WWE Is Boring Now?

It’s like night and day when you compare WWE’s momentum before
Wrestlemania to their current momentum or buzz. WWE appeared to
be on its way to having its finest show of the year heading into
Wrestlemania, but it feels like the organization has never been duller
two weeks following the event. This has resulted in year-low ratings
and an utter lack of excitement around RAW and SmackDown each
week. What has led WWE to feel so dead since early April?
One of the primary reasons, in my opinion, is that since
WrestleMania, WWE has delivered two lightweight PPVs that have
underwhelmed. The Greatest Royal Rumble and subsequently
Backlash were both billed as major events for WWE, but in retrospect,
they were nothing more than glorified RAW programs that failed to
provide anything. Everything that happened at the GRR, or during
The backlash could have easily been filmed for a RAW episode. In
summary, those concerts didn’t seem exceptional, which is a problem
since the wrestling schedule is constructed around the notion of those
huge monthly shows being noteworthy.

Another concern is Brock Lesnar’s absence for most of the period.
Because Lesnar is still the Universal Champion, the most significant
championship in WWE is rarely seen. It’s natural for programming to
seem less meaningful without the world title. Because Lesnar isn’t
expected to defend the title until after Money in the Bank in June, it’s
probable that we won’t see the Universal Championship on RAW until
July.

On a similar topic, Roman Reigns’ sad drama is always dragging RAW
down each week. At WrestleMania, Reigns was expected to be
named world champion (again), but for whatever reason, Lesnar
defeated him clean. After a botched finish at the Greatest Royal
Rumble that went unnoticed by the public, Reigns is once again being
positioned as the number one contender for Lesnar. Not only is WWE
not advancing the Universal Championship narrative forward with
Lesnar’s absence, but by keeping Reigns as the top contender, it
doesn’t feel like anything has changed since WrestleMania.

Things have changed though, as Reigns has been virtually neutered
by WWE after failing in his past two tries. His two most recent failures
effectively wiped out any fan support he had, and Lesnar’s expulsion
simply added to the misery hardcore fans have been going through as
a result of the never-ending drive for Reigns to be the company’s face.
As a result, Reigns either faces tremendous booing every week or
outright disinterest from the audience, as was the case at
WrestleMania and afterward Backlash.

ALSO READ: When Is Anderson Silva Next Fight Scheduled?

Reigns’ capture of the Universal Championship has been postponed
by WWE, presumably because they feel he can still be turned into a
babyface. So they don’t think Reigns is the man right now, but they
haven’t been able to find someone to fill his shoes in the meantime.
The current scenario is that WWE hasn’t built the show around
Reigns, but they also won’t construct it around anybody else. That
implies that when Lesnar is not there, WWE’s programming is devoid
of a top star, thus killing the notion that what WWE is providing is true,
top-tier television.

It doesn’t help that Reigns’ latest attempt to become a face has failed
miserably. The plot revolves around Reigns, who is an anti-authority
the underdog who is stifled by management. This perspective overlooks
the fact that Reigns was defeated by Lesnar at WrestleMania. Of
course, everyone who follows WWE regularly knows that the mere
thought of Reigns being held down by the company is absurd,
therefore the angle has been treated with total and utter scorn with live
crowds. When Reigns complains about management, he comes out
like a spoiled adolescent who resents his parents for getting him an
Audi rather than a Porsche.

Aside from the weak PPVs and the lack of a world champion on RAW,
WWE has had to contend with a slew of subpar programming in
recent months. Choose who you think is the worse; it might be Sasha
Banks and Bayley, who have been feuding for months on end. As
WWE seeks to portray Jax as the Be A Star champion, it could
potentially be Nia Jax and Alexa Bliss. Bobby Lashley vs. Kevin
Owens and Sami Zayn have been a disaster, and things are only about
to get worse on Monday when Zayn introduces Lashley’s “sister” in an
angle that is already being dubbed “the worst angle of the year.” Plus,
there’s the looming Jinder Mahal vs. Roman Reigns feud; do I really
need to say anything else?

SmackDown isn’t much better. Daniel Bryan, the most popular
babyface on the roster, is now involved in a rivalry with Big Cass in the
middle of the card. Charlotte breaks Asuka’s unbeaten record, only to
lose the championship to Carmella, who isn’t suited for the job as a
wrestler. Even AJ Styles vs. Shinsuke Nakamura, which appears to be
a perfect feud on paper, has become stale due to repetitious booking
and routinely poor endings.

It’s common for WWE to experience a slump after WrestleMania, but
there’s no reason for things to be this terrible. WWE isn’t short on
talent; on the contrary, the company is brimming with it. WWE has
also added additional talent since WrestleMania, including Bobby
Lashley, Drew McIntyre, and Andrade “Cien” Almas. If that wasn’t
enough, the Superstar Shakeup should have provided further
opportunities for new and interesting narratives by rearranging the
rosters.

The truth is that the writing has been poor and unimaginative, and
feuds appear to exist just to fill time rather than to pique interest. It’s
astonishing how little WWE you need to watch on a weekly basis to
keep up with everything that’s going on on RAW or SmackDown.
Things are likely to improve as the year progresses; it’s difficult to
envision things going much worse; nevertheless, it doesn’t change the
fact that WWE seemed to be heating up right around WrestleMania,
but interest has since dropped off a cliff.

Seth Rollins, on the other hand, has stood out as a tremendous,
must-see performance since WrestleMania. It’s difficult to express how
incredible it is that Rollins is getting stronger each week despite the
fact that practically everyone else on the roster is struggling. Rollins
has been the company’s top performer in 2018, and if WWE is
searching for someone who isn’t Roman Reigns to beat Lesnar, he fits
the criteria. Despite his recent sleepwalking, Rollins remains one of
the best wrestlers in the world, not just in WWE. Fans are curious to
again experience the thrill moments as earlier

MUST-READ: Top 10 Wrestlers Of All Time: What Fans Think?

In this article:Why WWE is boring now, wwe