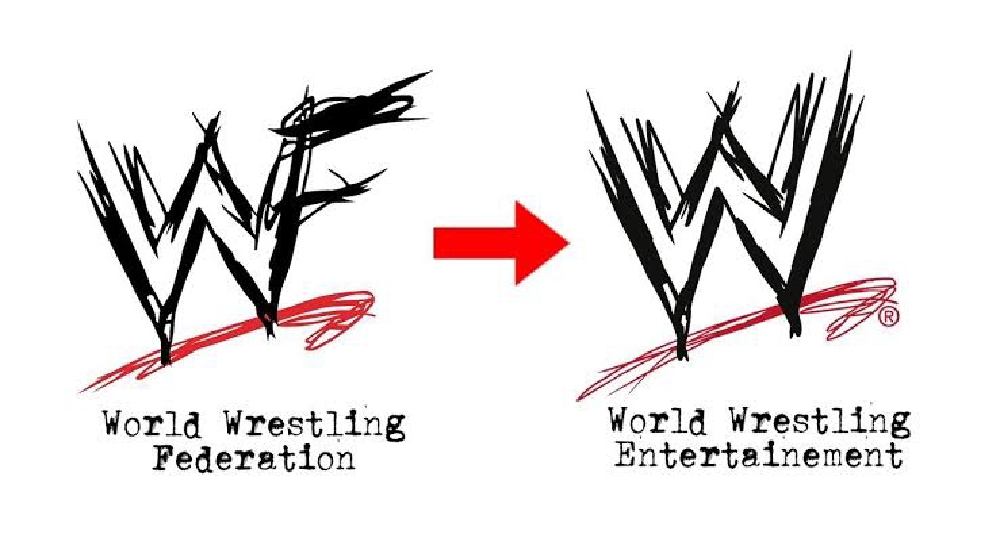 The World Wrestling Federation (WWF) initiated a campaign in 2002 to alter its name to the World Wrestling Entertainment (WWE). The name change, which was compelled upon them as a result of a lawsuit by the World Wildlife Fund, was made possible by their slogan “Get the F Out” (also WWF). Although followers may be curious as to when WWF changed its name to WWE, the real mystery lies in why. Therefore, we will address the question “Why WWF Changed To WWE?” in this post.

Well, the WWE has seen many transformations throughout the course of its more than 40-year history. But by far, the most significant alteration they experienced was in 2002, when they switched from being known as WWF (World Wrestling Federation) to WWE (World Wrestling Entertainment) (World Wrestling Entertainment). At the time, this name change generated a lot of media attention. The World Wrestling Federation (WWF) had grown into a household name, and its three initials had come to be synonymous with wrestling in general. Additionally, this transformation occurred after WCW’s demise, when WWF was the only significant wrestling promoter in the country.

However, this was not the first time that the WWE had changed its name; in fact, it had done it before as well. In the course of its nearly 70-year history, the corporation has undergone numerous name changes. Thus, in this article, we’ll go over all of WWE’s previous name changes and explain why the World Wildlife Fund’s lawsuit led to the shift from WWF to WWE in 2002. So, read the article below to learn when and why WWF changed its name to WWE.

Why WWF Changed To WWE?

It all began in 1980 when Vince McMahon Jr. founded Titan Sports, a significant US wrestling organization, and gave it the moniker “WWF.” In the beginning, things were running smoothly, but soon after, a rival business that shared the same initials brought legal action against them. The World Wide Fund for Nature was established in 1961, and that same year, the letters “WWF” were trademarked. In 1989, Titan Sports and the World Wide Fund (WWFN) began a legal dispute. The non-profit organization asserted that Vince McMahon utilized the abbreviation “WWF” without their consent.

The World Wide Fund and Titan Sports reached an agreement in 1994 that forbade the wrestling organization from using the WWF acronym or the phrase during live broadcasts. Because of this, whenever someone on the show would mention the WWF, fans would hear beep noises. There were some positives for McMahon’s business, though. The firm was given permission to use the phrase “World Wrestling Federation” on its logo in the 1994 agreement. This allowed them to continue selling goods bearing the “World Wrestling Federation” logo.

For six years, everything went as planned while WWF gave fans some fantastic stuff. However, WWFN alleged in 2000 that the business had broken their contract by utilizing the term “WWF” in their live performances.

The World Wide Fund, which advocates against violence against the environment, made the decision to file a lawsuit against the wrestling organization once more. The charity was successful in getting an injunction that forbade the wrestling organization from using the initials “WWF” in the future. A London court rejected WWE’s request to overturn the injunction in 2001.

WWE triumphed in a minor conflict in 2003. The court gave them permission to sell the already-made products, which included merchandise and videogames, in the market, and to use the products they had already manufactured. The company underwent some significant modifications after that.

Everything that bore the letters “WWF” had to be changed to “WWE,” including stocks and in-ring merchandise. Many people believe that the corporation had to begin from the very bottom, but it maintained a high level of success on television and acquired a significant number of fans. Some have even claimed that Vince McMahon and his wife used to work 24 hours a day to ensure that nothing went wrong.

How Many Times Did WWE Change Its Name?

The number of times WWE changed its name is illustrated below.

WWE has a very long history. When it was founded by Jess McMahon in 1952, the firm was at first known by the name Capitol Wrestling Corporation (CWC). It is the same moniker that was given to the facility, after which it was renamed the WWE Performance Center.

When Vincent J. McMahon took over the business in 1963, it eventually became the WWWF (World Wide Wrestling Federation). After Vincent K. McMahon had been working for the firm for a while, he persuaded his father to change the organization’s name to the World Wrestling Federation in 1979.

Also Read: Where To Watch WWE Summerslam 2022 Online In India?

He established Titan Sports and bought the WWF the following year. He later submitted an application for the company’s trademark using the initials “WWF.” In 1999, when the firm went public for the first time, its official name was World Wrestling Federation Entertainment.

During an interview with the New York Times, Linda McMahon discussed this controversy by saying, “When we first registered our name in the early 1980s, the wildlife fund did not raise any issues.” But in 1993, the fund was able to get an injunction against the wrestling federation in Switzerland, and they threatened to carry the case around the world.

This quickly came to pass when World Wildlife Fund filed a lawsuit against Vince McMahon’s business for using the WWF acronym in the UK in 2000. The World Wrestling Federation was found to have breached the agreement from 1994 by the Court of Appeal. The creation of the website wwf.com, whose name was extremely similar to that of the World Wildlife Fund’s wwf.org site, was one of the key violations noticed.

Vince McMahon was compelled to rename his corporation after losing the case in the UK. The firm and the promotion’s names were changed to World Wrestling Entertainment (WWE) on May 5, 2002. In order to promote its new identity, WWE immediately began a massive marketing effort with the tagline “Get the F out.” As the corporation expanded into the creation of films, podcasts, documentaries, TV series, and other productions in the following years, the moniker “World Wrestling Entertainment” faded out and the organization is now just known as WWE.

Also Read: What Will Happen In WWE Summerslam 2022?

What Distinguishes The WWE From The WWF?

The World Wrestling Federation, also known as the WWE or World Wrestling Entertainment, was formerly known by the initials WWF. From 1979 through 2002, the business used that moniker to promote itself. The World Wildlife Fund, an organization protecting animals that were founded in 1961 and preceded the WWE’s usage of the WWF initials, is another business that advertises itself as the WWF but has nothing to do with wrestling.

This led to a lawsuit being launched against them in the year 2000 for trademark infringement for the unlawful use of the WWF initials. This case was brought about because they violated an agreement made in litigation that took place in 1994 to limit the use of the letters. As a direct consequence of the lawsuit, the World Wrestling Federation was rebranded as World Wrestling Entertainment in the year 2002.

Since that time, the company has been barred from making use of any product that bears the old WWF moniker. This ban extends to the company’s television programming, spoken words, logos, and merchandise. Additionally, any old footage shot before the case had to be recut for every single re-release that was made between 2002 and 2012. The WWE is now permitted to use old WWF material, but only for internal videos broadcast on the WWE Network. It is never applicable to anything that is contemporary.

The majority of the talent signed by WWE is under exclusive agreements, which limit their ability to perform or feature in WWE events and programs. They are not allowed to participate in any promotion in any capacity, including making an appearance or giving a performance, unless prior arrangements with the organizers are made. Salary, duration of employment, benefits, and all other contact information are fully confidential to WWE for all wrestlers.

Wrestling Entertainment and Productions recognizes its professional wrestlers not as employees but rather as independent contractors. According to research by the University of Louisville Law Review, 16 of the 20 criteria used by the Internal Revenue Service (IRS) to determine whether or not an individual is an employee. The wrestlers are, however, “denied many perks to which they would otherwise be entitled” because WWE refers to them as independent contractors.

The WWE allegedly informed wrestlers in September 2020 that they were no longer permitted to “connect with outside third parties,” such as Cameo. WWE also reportedly asserted that it “owns the real names of superstars, not simply their character names.”

In December of 2021, WWE made public a new recruitment contract that was intended for wrestlers who were still enrolled in college at the time. WWE uses the term “next in line agreements” to describe the name, image, and likeness arrangements that have been approved by the NCAA.

Due to the excess of talent left over from the Invasion storyline, WWE made the decision to split its roster into two groups, each of which would compete on one of its flagship shows, Raw or SmackDown! This was referred to as the “brand extension.”

Also Read: What Is Judgment Day In WWE?

In this article:Why WWF Changed To WWE