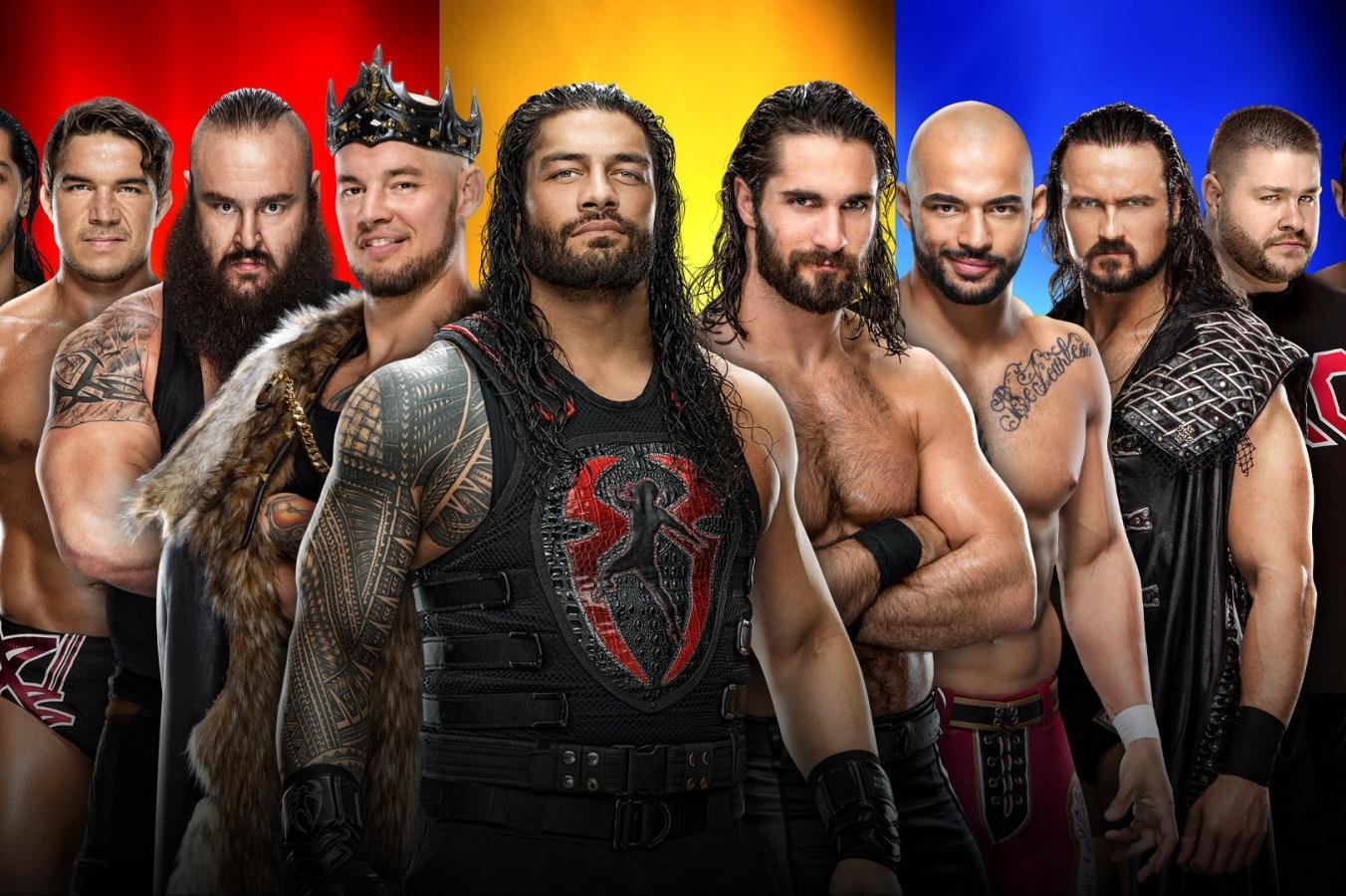 WWE Raw vs. NXT: Which Is Better? Well, fans of the wrestling profession are naturally interested in learning more about the distinctions that exist between WWE Raw and NXT. So, everything pertaining to WWE Raw vs. NXT will be covered in this article. However, before that, let’s briefly talk about WWE NXT and Raw. Well, the American professional wrestling television program known as WWE Raw, which is also known as Monday Night Raw or simply Raw, is produced by WWE and airs live on the USA Network in the United States every Monday at 8:00 p.m. Eastern Time. In other words, Raw is an abbreviation for Monday Night Raw.

The show involves characters from the Raw brand, with whom WWE personnel are assigned to collaborate and perform. The first episode of the show aired on January 11, 1993, and it is today regarded as one of two flagship shows for the WWE, along with Friday Night SmackDown. Since its initial episode, Raw has been televised from 208 arenas, 171 cities, and ten nationalities.

On the other hand, WWE NXT, commonly known as NXT 2.0 or simply NXT, is a professional wrestling television program that is broadcast in the United States. The American professional wrestling organization WWE produces it, and it features wrestlers from their NXT brand division. Currently, the USA Network broadcasts the program live every Tuesday at 8:00 p.m. Eastern Time. NXT made its debut in 2010 as a seasonal program that combined elements of reality television and WWE’s scripted live event shows.

NXT became a live two-hour program on the USA Network in 2019, with the intention of competing directly with Dynamite, the flagship show of the competing company AEW, which airs on TNT. But in September 2021, NXT was redesigned and renamed as NXT 2.0 after failing to outperform Dynamite in TV ratings. On February 18, 2022, a replacement program called NXT Level Up debuted in place of 205 Live. To learn more about WWE Raw and NXT, keep reading.

Difference Between WWE Raw And NXT

To elaborate, NXT is where new wrestlers are developed so that fans may grow to like them and become invested in their plots and rivalries and so that they can win championships without the interference of John Cena or other huge stars. We may simply become deeply immersed in the new generation of talent since all the new players are competing against other new players. It’s a fairly neat idea that has worked out incredibly nicely for them. On the other hand, Raw continues to air on Monday evenings as it always has. They attempted to divide the brand for many years in an odd manner where Raw was broadcast live on Monday. The name of the program has also been used to allude to the Raw brand, which was the moniker given to the show between 2002 and 2011 as part of the WWE Brand Extension.

WWE Raw vs. NXT: Which Is Better?

It is recommended that you watch WWE NXT instead of WWE Raw as WWE NXT is far better than WWE Raw. You may read more about what distinguishes NXT from Raw in the sections below. WWE NXT began airing live shows on Wednesday nights last year, and the WWE Universe soon adopted it as their favourite promotion. This company’s developing brand has seen a great deal of success thanks to Triple H’s leadership, and it continues to put up the best WWE show on a weekly basis.

The competition from other promotions isn’t the only factor in NXT’s meteoric development. In actuality, the brand has been producing excellent shows even before it entered the mainstream media. NXT is a superior brand to its competitors due to a number of important distinctions that set it apart from its competitors.

Every aspect of the Black and Gold brand, from the creatives to the Superstars, is committed to evolving along with the pro wrestling industry as it moves through its many phases of change. It goes without saying that this has aided NXT in producing a superior product to those of its competitors.

Some More Reasons That Make NXT Better Than Raw:

In this section, we will examine five of the many reasons why NXT is a more desirable format than RAW.

The higher quality of competition that can be found on the Black and Gold brand is the primary factor that contributes to NXT’s superiority over the RAW brand. As is well known, Triple H prefers to include more realistic elements in his in-ring matches and challenges his Superstars to do better than they are capable of. The clearest illustration of this strategy is the rivalry between Tommaso Ciampa and Johnny Gargano.

Despite their frequent clashes, both Superstars consistently manage to keep the audience interested. However, this is not just limited to the brand’s top Superstars. Even the filler matches in NXT can occasionally be superior to the matches we watch on PPVs.

2. Giving Each Division The Same Attention

NXT is the only company that treats the tag team division, the women’s division, and the men’s division equally. In contrast to RAW, the Black and Gold brand excels in managing every division on the roster without letting it compromise the quality of the final product. It is clear that they are equally invested in the feuds taking place across all divisions, as is demonstrated by the fact that their TakeOver programs are entertaining from the very beginning to the very end.

3. Does Not Adhere To The Standard Superstar Mold

It is generally believed that in order to reach the top, Vince McMahon requires his Superstars to have a physique comparable to that of Roman Reigns or Brock Lesnar. As a consequence of this, a number of the most recognizable faces associated with the corporation give the impression of having been produced using the same casting. Even though Vince McMahon’s fondness for Superstars with a physique similar to that of the “Beast Incarnate” is understandable, it has occasionally caused him to overlook other brilliant Superstars who are smaller in stature.

Fortunately for them, NXT doesn’t seem to value a Superstar’s size more than his or her abilities. Instead, they are aware of the ways in which the pro-wrestling industry has adapted to the changing times and have witnessed the rise in popularity of Superstars such as Finn Balor, Adam Cole, Johnny Gargano, and Tommaso Ciampa, who are not typical of the image of a WWE Superstar.

This is the sole reason why every NXT talent thinks it is possible for them to be in the main event at TakeOver. This idea is directly reflected in their performance, as they work hard each week to get better in the expectation that they will eventually reach the top. When it comes to deciding where a Superstar should be placed on the roster, the creative team at NXT should be commended for the impartial way in which they make their decisions.

The absence of obvious favoritism in NXT matches is a significant contributor to the brand’s position as distinct from that of RAW. The Black and Gold brand’s talent is frequently used in plotlines that are appropriate for their characters, unlike the “main roster.” As a result, these Superstars’ ascent to the top is largely natural, resonates with the WWE Universe, and serves to keep fans interested.

It is not typical practice to categorize the NXT Superstars into different brackets according to their position on the roster. In comparison to its rivals, NXT appears to give equal opportunities to an increasing number of Superstars and is adept at spotting the talents who are inherently popular with the fans. Everything, from the tiniest alteration in a Superstar’s gimmick to a face or heel turn, is planned and carried out according to how the audience reacts to the overall product.

5. Long-Term Contracts And A Creative Storyline

Consistency in storytelling is one of NXT’s strongest qualities. The Superstars of the Black and Gold brand are frequently seen embroiled in protracted rivalries that provide for compelling storytelling over the course of months. As a result, the creative is able to fully explore each wrestler’s potential and gain an understanding of their pace as they approach the rivalry’s conclusion.

The commitment of the creative team and the Superstars, who give their utmost to make sure that feuds appear good both on paper and inside the squared circle, is also demonstrated by the long-term programming in NXT. It goes without saying that they consistently surpass the expectations of the WWE Universe and have, with very few exceptions, ever failed to satisfy them.

ALSO READ: What Is WWE NXT? The Answer Is Right Here!